These scientists are studying clouds to learn more about the Earth and the weather. 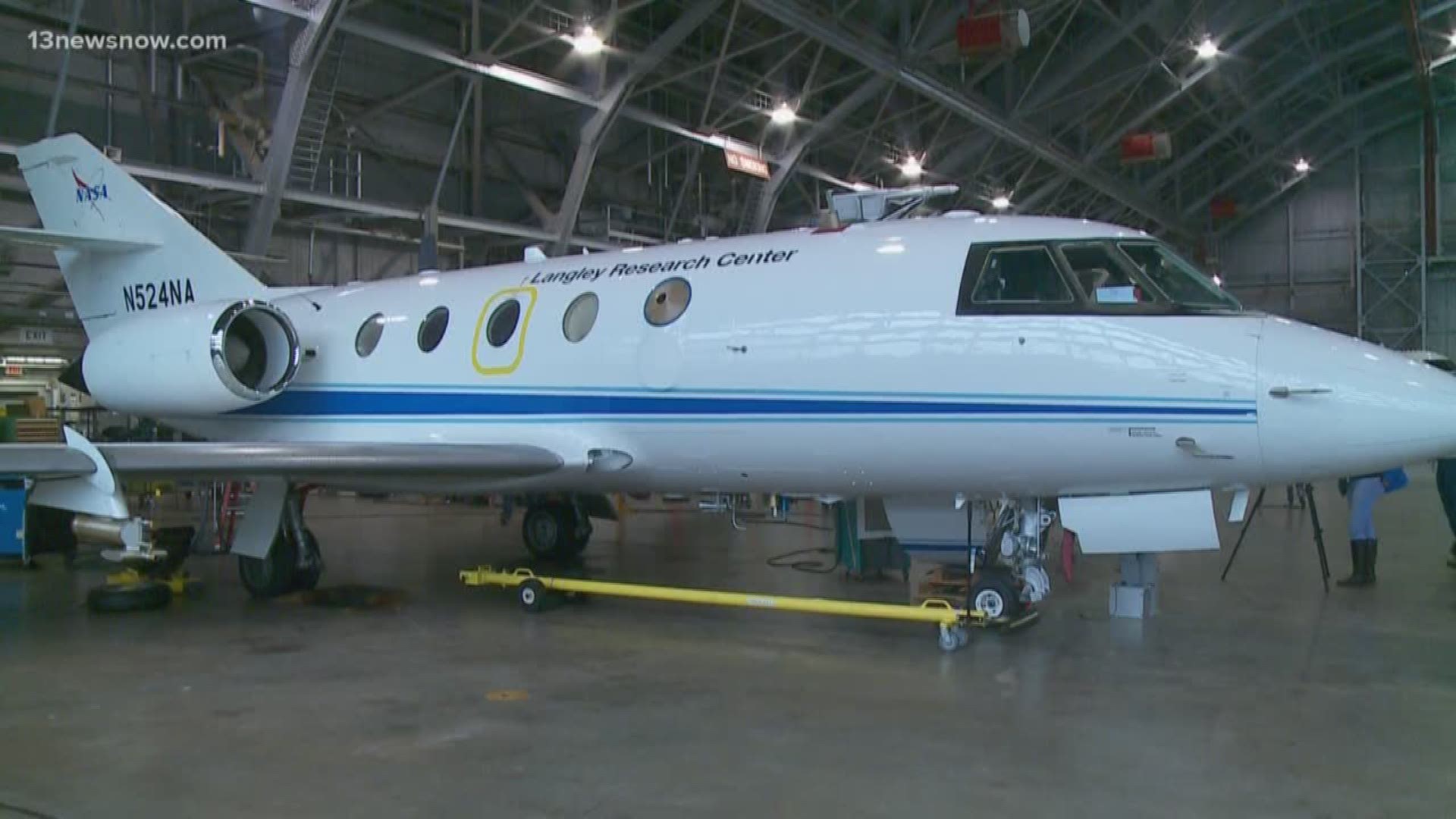 HAMPTON, Va. — It's part of a new airborne science campaign!

The new project is called the "Aerosol Cloud meTeorology Interactions oVer the western ATlantic Experiment," or ACTIVATE.

People behind the campaign started the initiative on Valentine's Day and will collect three years’ worth of data on clouds over the Western North Atlantic Ocean.

With the ACTIVATE study, scientists coordinated nearly 1,200 flight hours. They want to answer how particles in the air affect cloud formations. To do this, they use two planes: the Falcon and King Air.

The Falcon flies under and through the clouds, where instruments collect samples of the air. The King Air flies above the clouds, about 28,000 feet in the air, and takes measurements with remote sensors.

NASA Meteorologist Amy Jo Scarino said that data will go back into the models to help them forecast because they can see how high and far the clouds go.

"It's kind of neat to be in our own backyard and studying this,” said Scarino. "What people don't realize is that sometimes the vertical structure, I think that's going to be more key.”

With those samples, scientists like Luke Ziemba will study atmospheric particles, called "aerosols." Specifically, they'll look at the size of the particles, what they're made of, and how they handle light.

"It's quite an intensive process,” said Ziemba. "We dry them out and then look at the aerosols that formed those cloud droplets,” he said.

Inside the plane, it's a small space with lots of gadgets, but Ziemba said their work on board will help them forecast for years to come.

"A huge data set that we can chew on for years,” said Ziemba.