The demonstration mission from pad 39A, which includes a 1:30 p.m. to 4 p.m. launch window, has already generated remarkable buzz online for an uncrewed mission. 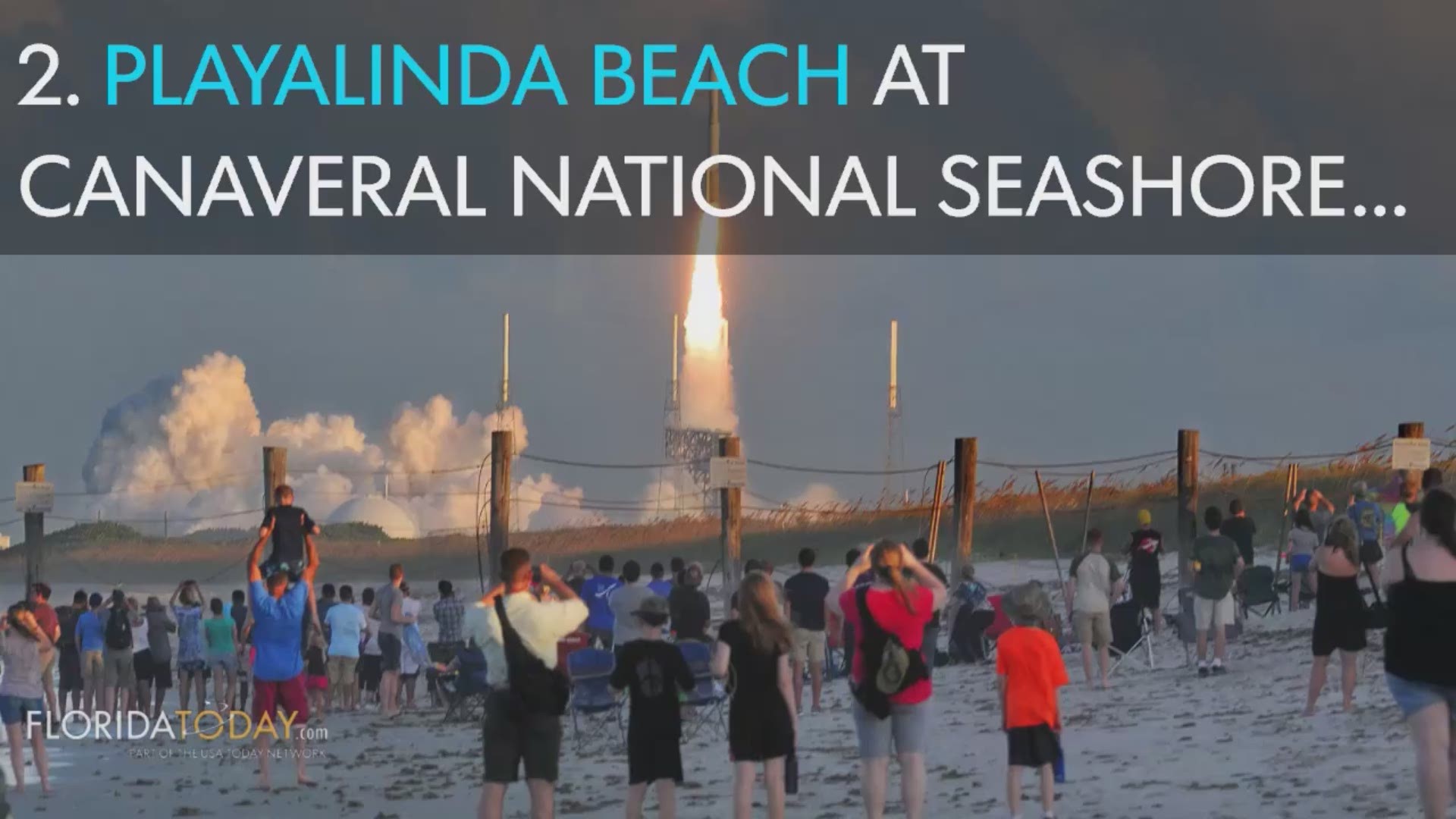 CAPE CANAVERAL, Fla. -- Thousands are expected to descend on the Space Coast for Tuesday's inaugural SpaceX Falcon Heavy launch, crowding spots from beaches to arched causeways to witness the world's most powerful rocket lift off from Kennedy Space Center.

The demonstration mission from pad 39A, which includes a 1:30 p.m. to 4 p.m. launch window, has already generated remarkable buzz online for an uncrewed mission. That will translate to thousands of visitors, hundreds of media employees and even celebrity visits, according to area officials.

"It will be a historic event, so we expect the community to fill up in terms of hotel rooms and any kind of lodging," said Eric Garvey, the Space Coast Office of Tourism's executive director. He estimates up to 100,000 people could visit for the three-core rocket's launch, but combining that with area residents could boost the number to half a million.

His advice? Try the beach – and get there early.

"My preferred spot is the beach at Cocoa Beach or Cape Canaveral," he said. "Plan to get there with plenty of time to relax and enjoy the show."

Another popular viewing location, the Kennedy Space Center Visitor Complex, still had some tickets available for purchase as of Sunday, but had sold out of the closest viewing packages.

"Our package called 'Feel the Heat' sold out very quickly," said Rebecca Shireman, manager of communications and public relations at the visitor-funded complex. "It's a great value and includes food, a visit to the Shuttle Landing Facility and a champagne toast."

Shireman confirmed that the Delaware North-run visitor complex has seen a surge in interest due to the Heavy, saying that there's "definitely interest above and beyond what we would normally anticipate just based on the historic aspects of this rocket launch."

The rocket itself is SpaceX's 230-foot-tall answer to heavy-lift demands, which will allow the company to boost heavier payloads to orbit and target moon and Mars missions. Though technically far more complex, it appears to be three Falcon 9 cores strapped together.

After liftoff, spectators will also be able to feel the thundering power of sonic booms as the two side cores return to land at Cape Canaveral Air Force Station's Landing Zone 1. The center core, meanwhile, will burn slightly longer and then target a landing on the Of Course I Still Love You drone ship stationed in the Atlantic Ocean.

The payload for the mission, CEO Elon Musk's 2008 Tesla Roadster, will be hurtled into deep space after separation from the second stage.

For some who worked and lived here during the space shuttle days, the excitement surrounding Falcon Heavy's first flight exudes a familiar feeling. The press site at KSC, for example, is expecting 300 to 400 media representatives.

"It's been a very long time since I've seen the enthusiasm and energy and the anticipation that the community is exhibiting," said Dale Ketcham, chief of strategic alliances at Space Florida. He confirmed that "Star Wars" star Harrison Ford would be one among many visitors, presumably because SpaceX chose his on-screen ship, the Millennium Falcon, as inspiration for naming its Falcon family of rockets. Expect Apollo 11 moonwalker Buzz Aldrin to be in attendance, too.

Ketcham, however, said there's one noticeable difference: interest from investors.

"Unlike in the past, so many of the people who are contacting Space Florida are people who have investors who want to come see this," he said.

"Spaceflight is like dinosaurs – it brings out the kid in everybody again," he said. "It's just exciting to have that back. It's been a long time."