Don't blame it for your troubles, but here's why it seems a planet will change direction as it moves across the sky. 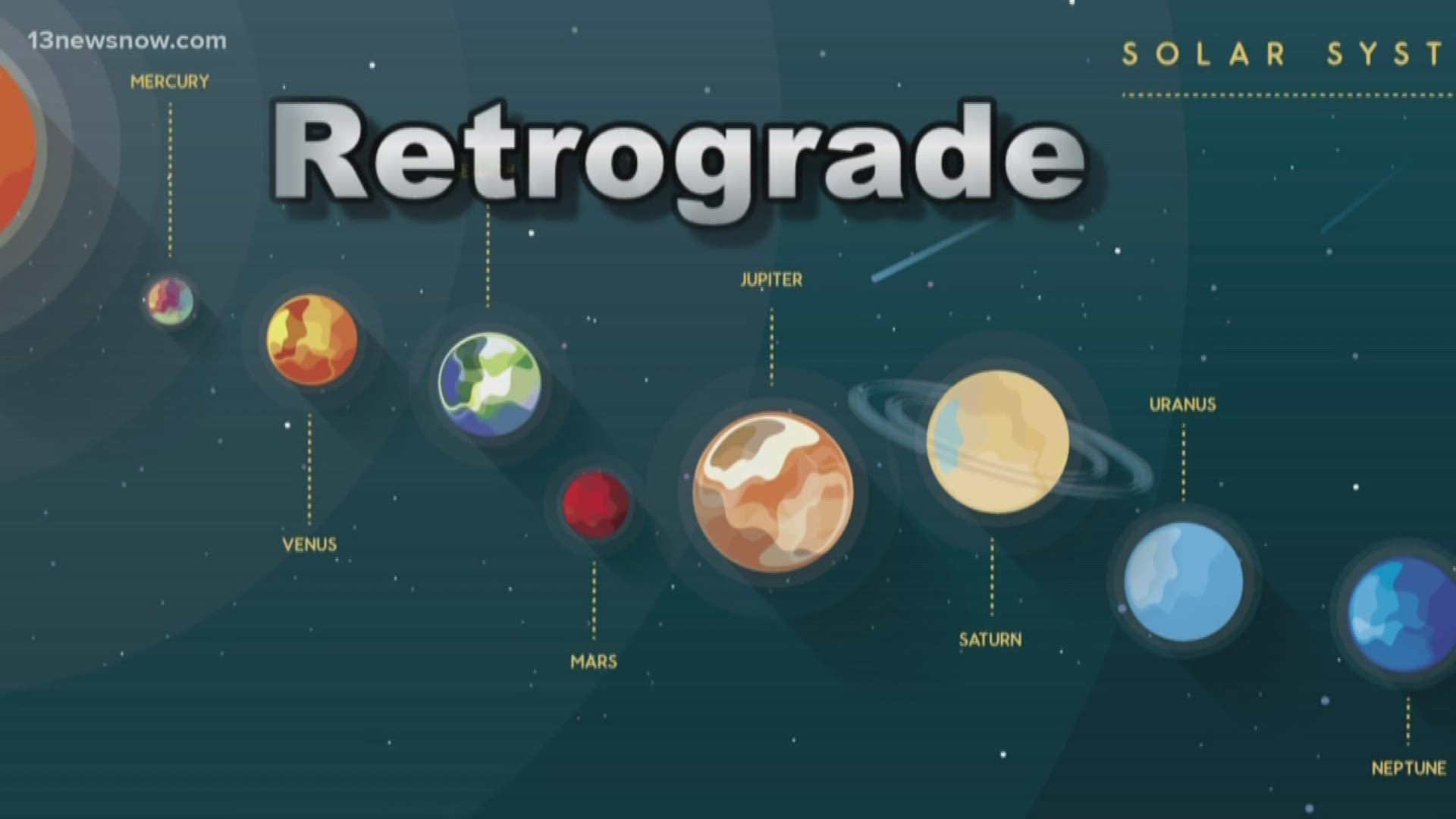 NORFOLK, Va. — You may have heard of the term "retrograde," such as "Mercury retrograde."

But what does that mean, exactly?

Justin Mason, the planetarium director at Old Dominion University, helps to dive deeper into the subject.

If you follow along with the motion of a planet in the sky, it typically looks like it's moving eastward, but when retrograde begins "suddenly, night-by-night if you map it out, it will move eastward and then suddenly it reverses direction and circles back after we get far enough ahead," he said.

The planet isn't really reversing its direction, however.

"Suddenly our point of view switches ... as we kind of lap it, because we're moving faster," Mason explained.

Mason describes it as an apparent motion "because we on the Earth are moving faster than the outer planet."

Also, he tells me that planets in retrograde have no effect on your relationships, career or monetary situations, for all the astrology followers.