Smart home devices can be vulnerable to hacking

Researchers at the College of William and Mary found hackers can attack smart home devices in several ways. 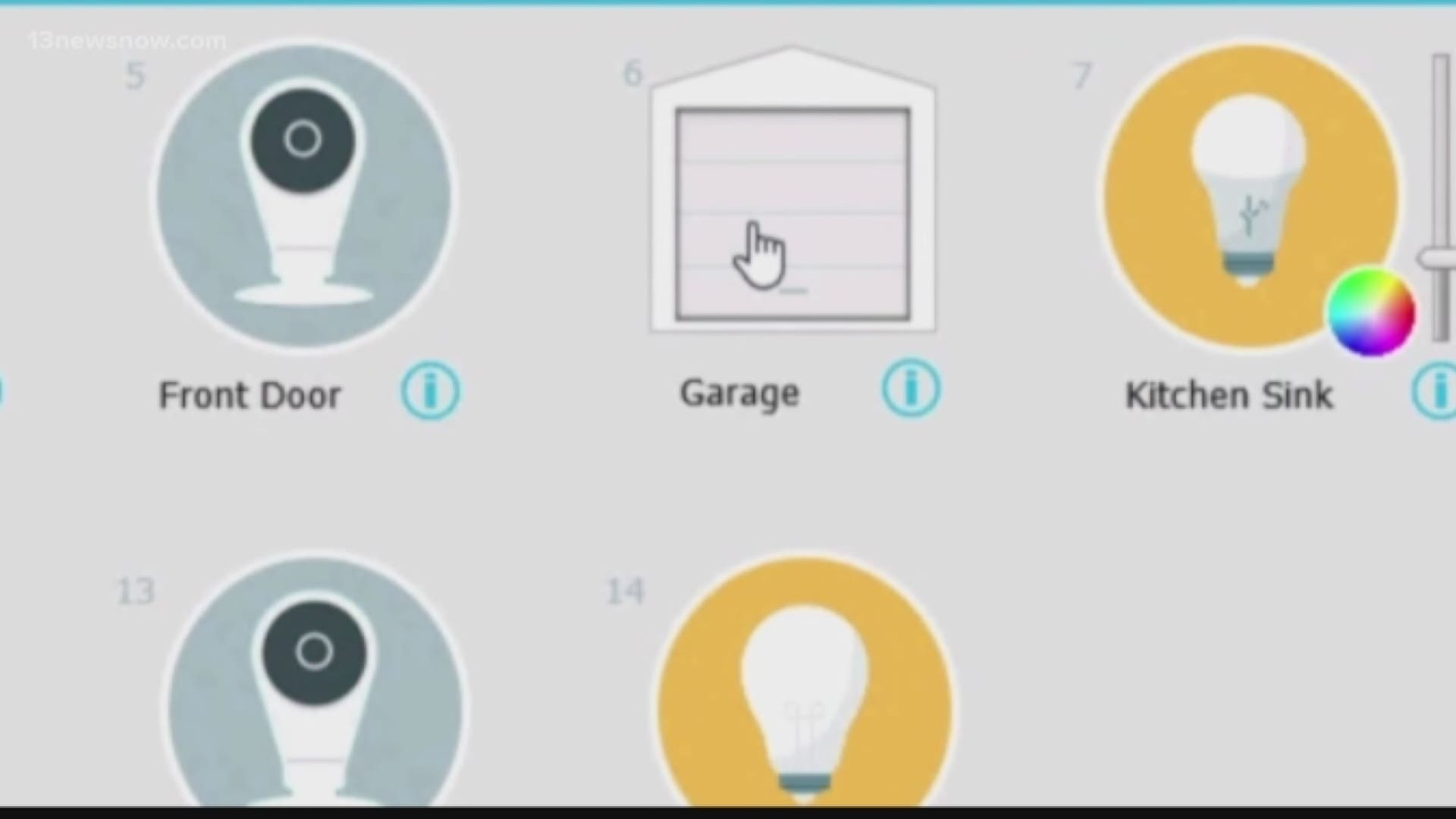 They're designed to make our lives easier, but smart home devices could be vulnerable to hacking.

Researchers at the College of William and Mary are in the preliminary stages of performing hack tests on various smart home devices to determine how they can be hacked.

Already, they’ve been successful in hacking. So far, the group of software engineers has found thieves can hack your devices in multiple ways and it could lead to bigger consequences.

Kaushal Kafle, a PhD student, is part of the research team.

“We found out that if we could hack a Smart App, we could control that small device that the user isn't even thinking about,” said Kafle.

Their theory proved to be successful in various ways.

“Let's say you have a Smart door lock and you're connecting that door lock automatically, so the door to be locked or unlocked. If you have another device that is saying whether the user is home or away, me as a hacker, can attack that device, saying the owner is home, and unlock the door,” said Kafle. “[It] could be problematic.”

The problem they identified wasn’t tied to a specific device or company, but rather, the Smart industry as a whole. It’s a world where everything is connected, which allows skilled hackers to target devices more easily.

Even logging onto an unreliable Wifi network or using an unsecured app could give hackers access to your devices.

“If your apps are vulnerable, then you can theoretically have a hole in your home because those are the entry points to which you get inside the devices,” said Kafle.

A few precautions can protect both your privacy and your home.

“Buying devices from trusted sources or installing smart apps that an attacker can't hack are key to securing your smart home. Also, don’t use unsafe networks. Be sure of what you’re doing when you’re setting up these devices and connecting them to one another, or setting up automations that are beneficial,” said Kafle. “You have to weigh in safety vs. automation.”

The research team’s goal is to help manufacturers identify the vulnerability of their devices in order to better secure them. As consumers grow increasingly reliant on these products, Kafle said vulnerable devices could lead hackers to do more damage.

“We could in the future have more of these problems where an attacker can figure out and exploit and launch attacks on multiple users at once,” said Kafle.