Williamsburg begins distribution for free broadband internet: Who is eligible, and where to find it

The project is thanks to funding from the CARES Act. 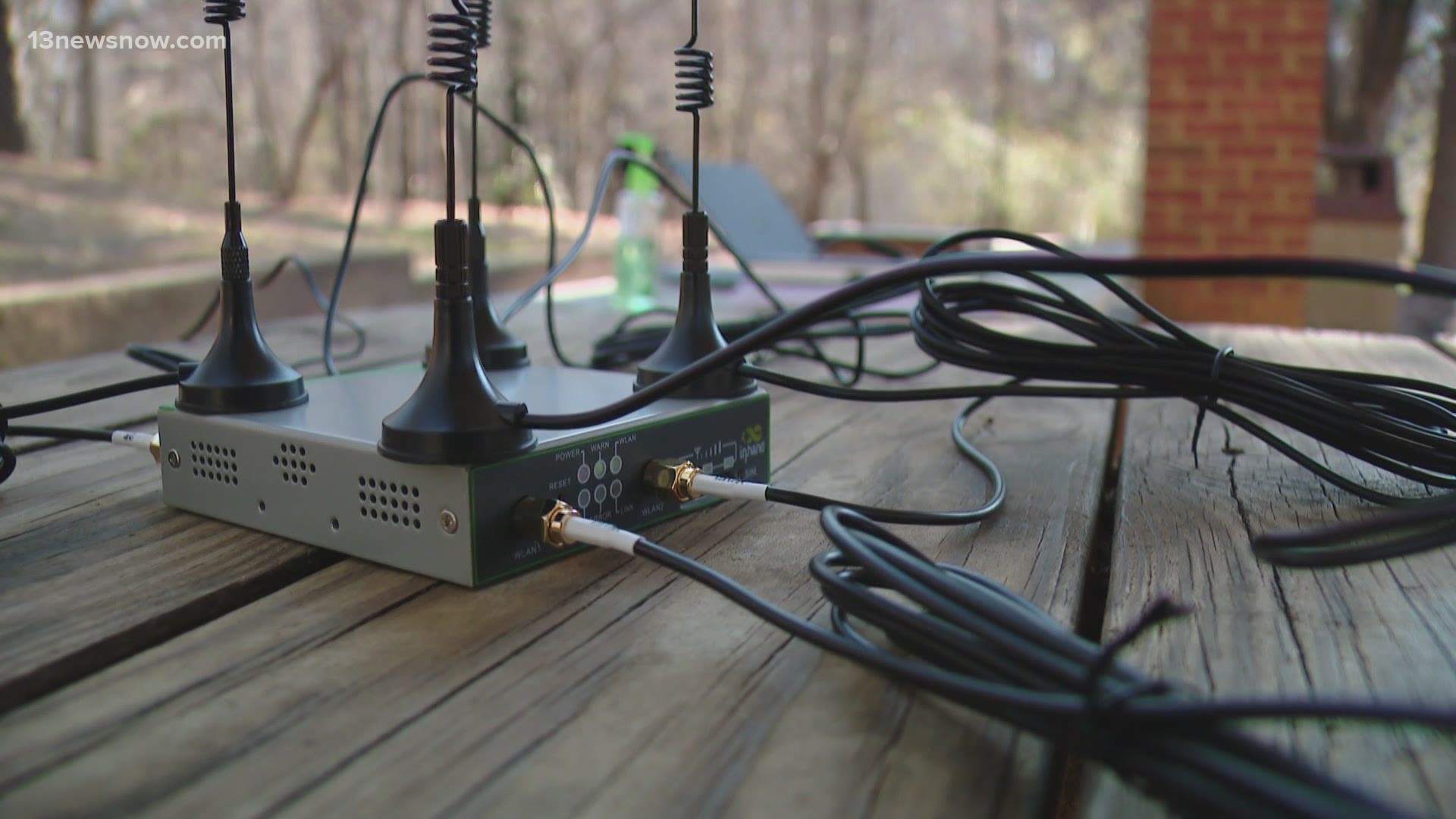 The couple resides in their home with one of their children, plus two of their grandkids who are constantly using their home's internet capabilities for virtual working and learning.

“It’s a lot slower, we try to get off during the daytime but we have five people on the computers," Tom said.

They, like many in the Williamsburg area, are running into a similar problem that they say has persisted for years.

“We have an internet that’s very expensive, and unreliable," Grace said.

Tuesday began the start of a new pilot program for the City of Williamsburg, expanding broadband internet access in an area with only one primary provider. Over the course of several weeks, 129 pre-configured routers will be distributed to just as many households in the Highland Park neighborhood of the city. The equipment, costing a total of $192,000, is made possible through CARES Act funding announced in the fall of 2020.

“Our problem of access has to deal with that one provider, if you have a singular provider they control access, and cost. Anybody can have Cox, but it’s about affordability," Director of I.T. for the City of Williamsburg Mark Barham told 13News Now

The six-month experiment will look at the impact of introducing competition to the internet service market. If the pilot program is successful, Barham says the city will look at expanding the project to other areas of the city afterward.

“If the pandemic has taught us anything, having access to the internet is crucial. Not just school-aged children, but the parents being able to work from home," Barham said.