Officials with Virginia Beach dispatch said nobody was reported hurt in the crash. 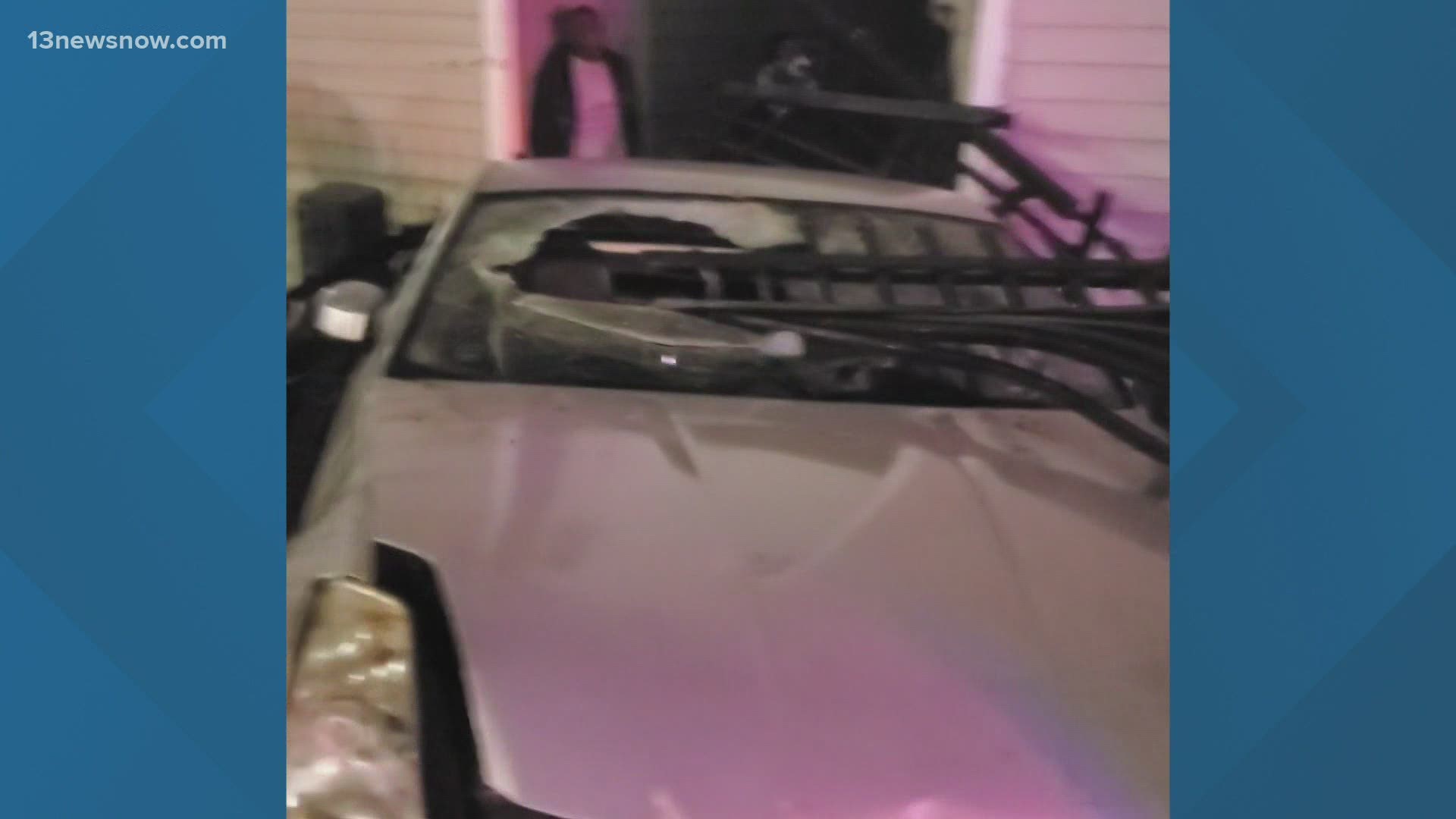 VIRGINIA BEACH, Va. — Friday night, a car ran into a building in the 1700 block of Republic Road in Virginia Beach.

The single-vehicle accident was first called in to emergency responders at 10:12 p.m.

A representative from Virginia Beach Dispatch said nobody was reported as hurt in the crash.

Fencing material broke the front windshield of the sedan involved in the accident.