The center will be a hub for buses, taxis and shuttles. Mayor McKinley Price described this step as “the beginning of a new era for transportation in our area.” 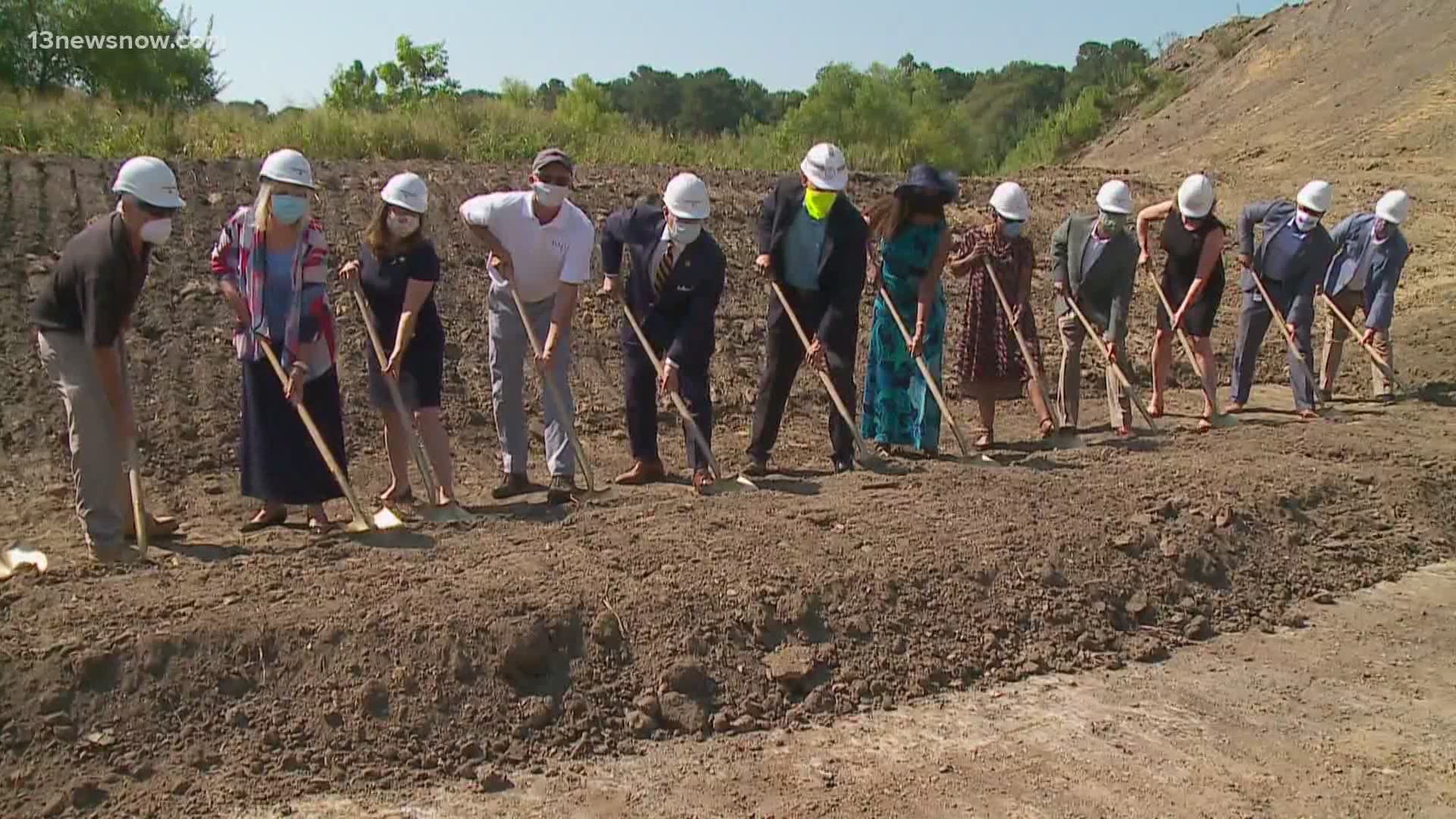 NEWPORT NEWS, Va. — The City of Newport News, VDOT and the Virginia Department of Rail and Public Transportation held a groundbreaking ceremony for a new multi-modal transportation center Tuesday morning.

Mayor McKinley Price described this step as “the beginning of a new era for transportation in our area.”

The new center, planned for Bland Boulevard between I-64 and Warwick Boulevard, will act as a hub for Hampton Roads Transit buses, taxis and shuttles that service the airport.

In a morning speech, Mayor Price said this station has been 10 years in the making, and that the final steps are underway in the city's three-phase process.

“This 47 million dollar project takes place in three phases," he explained. "Phase one includes site preparations is slated for completion in the spring of 2021. Phase two and three, will focus on the Amtrak service facility, the station building, platform and more."

He said he expects the center to be operational by summer, 2022.

Jennifer Mitchell, the director of the Virginia Department of Rail and Public Transportation, said the positive economic impact this center could have on Hampton Roads is massive.

“When complete, Hampton Roads travelers will have even more options to connect with the rest of Virginia and the northeast corridor - and in turn, connect with the thousand of businesses and tourists visiting each year directly to Newport News,” Mitchell said.

The ceremony was held outside on location off of Aspen Meadow Lane right near the railroad tracks in Newport News at ten o’clock Tuesday morning.