Where are the gas shortages in my area? 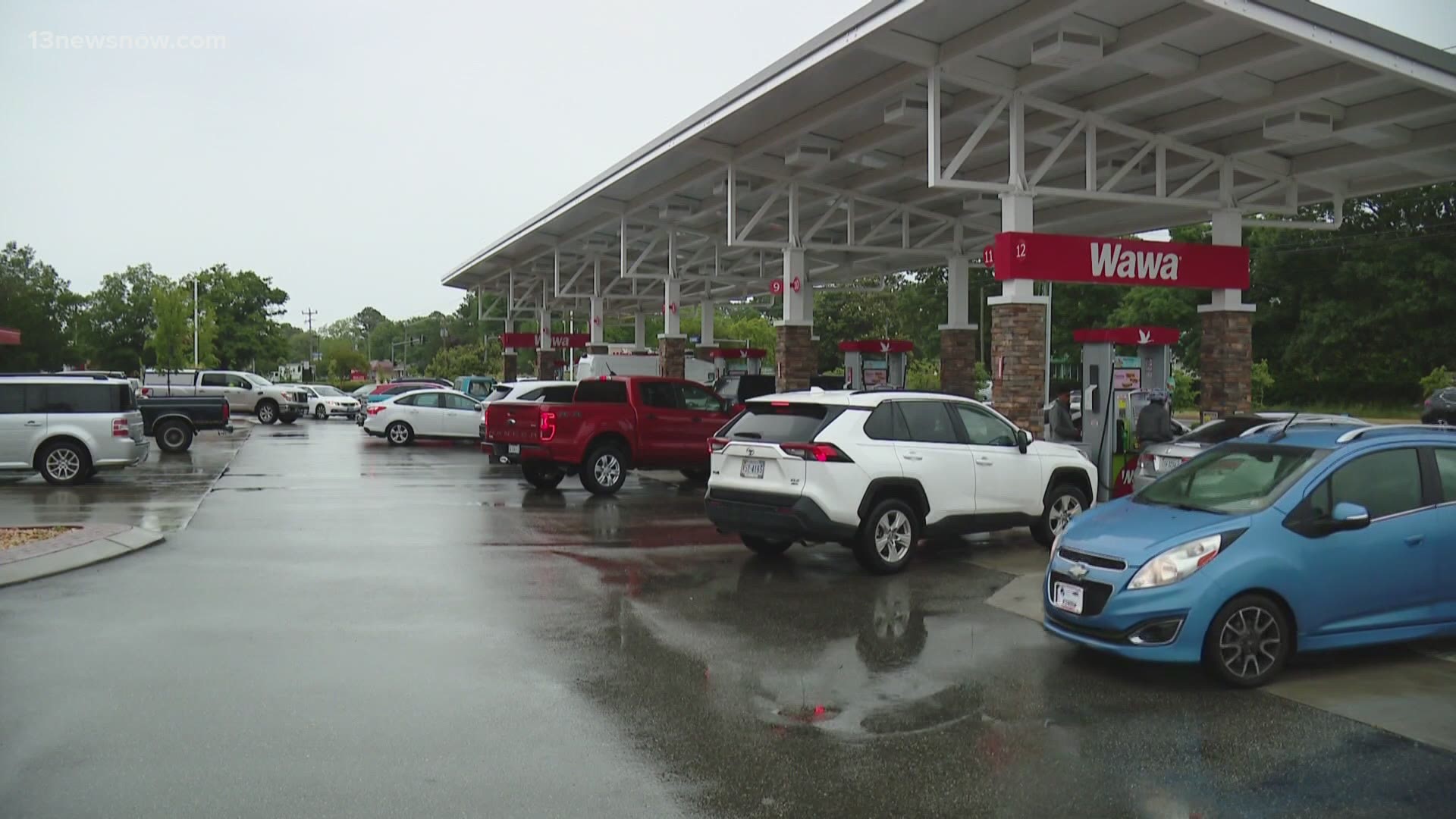 NORFOLK, Va. — A cyberattack on a critical U.S. pipeline is sending ripple effects across the economy.

The Colonial Pipeline, which delivers about 45% of the fuel used along the Eastern Seaboard, shut down Friday after a ransomware attack by a gang of criminal hackers that calls itself DarkSide. Depending on how long the shutdown lasts, the incident could impact millions of consumers.

Many gasoline stations in Virginia are starting to experience shortages at the pump, sending residents scrambling around, in search of supply.

Gov. Ralph Northam issued a state of emergency on Tuesday. Executive Order 78 is in place to give fuel transportation waivers and funding for state and local governments to increase the gasoline supply.

It's important to note that there’s no imminent shortfall, and thus no need to panic buy gasoline, Richard Joswick, head of global oil analytics at S&P Global Platts, said. If the pipeline is restored by Friday, there won’t be much of an issue.

“If it does drag on for two weeks, it’s a problem,” Joswick added. “You’d wind up with price spikes and probably some service stations getting low on supply. And panic buying just makes it worse.”

Where is gas available in my area?

Anyone who needs to get gas can use this Gas Buddy Tracker to find out where the shortages are. Just search for your zip code, and it will list which stations have fuel.

Colonial Pipeline said on Tuesday that it had restored some fuel delivery service, but the main artery of the pipeline remained shut down. Colonial has said it anticipates restoring the majority of its service by the end of the week.

AAA urges motorists not to panic-buy their gas, and they should only head to the pump when their car hits 1/4 of a tank.

The owner says he’s been out of gas since Sunday! We also talked with a few people who say this BP is their second stop. #13NewsNow pic.twitter.com/umdwUnsxjo

WCNC Charlotte and The Associated Press contributed to this report.