It will take several days for everything to get back to normal, said Colonial Pipeline in a release Wednesday evening. 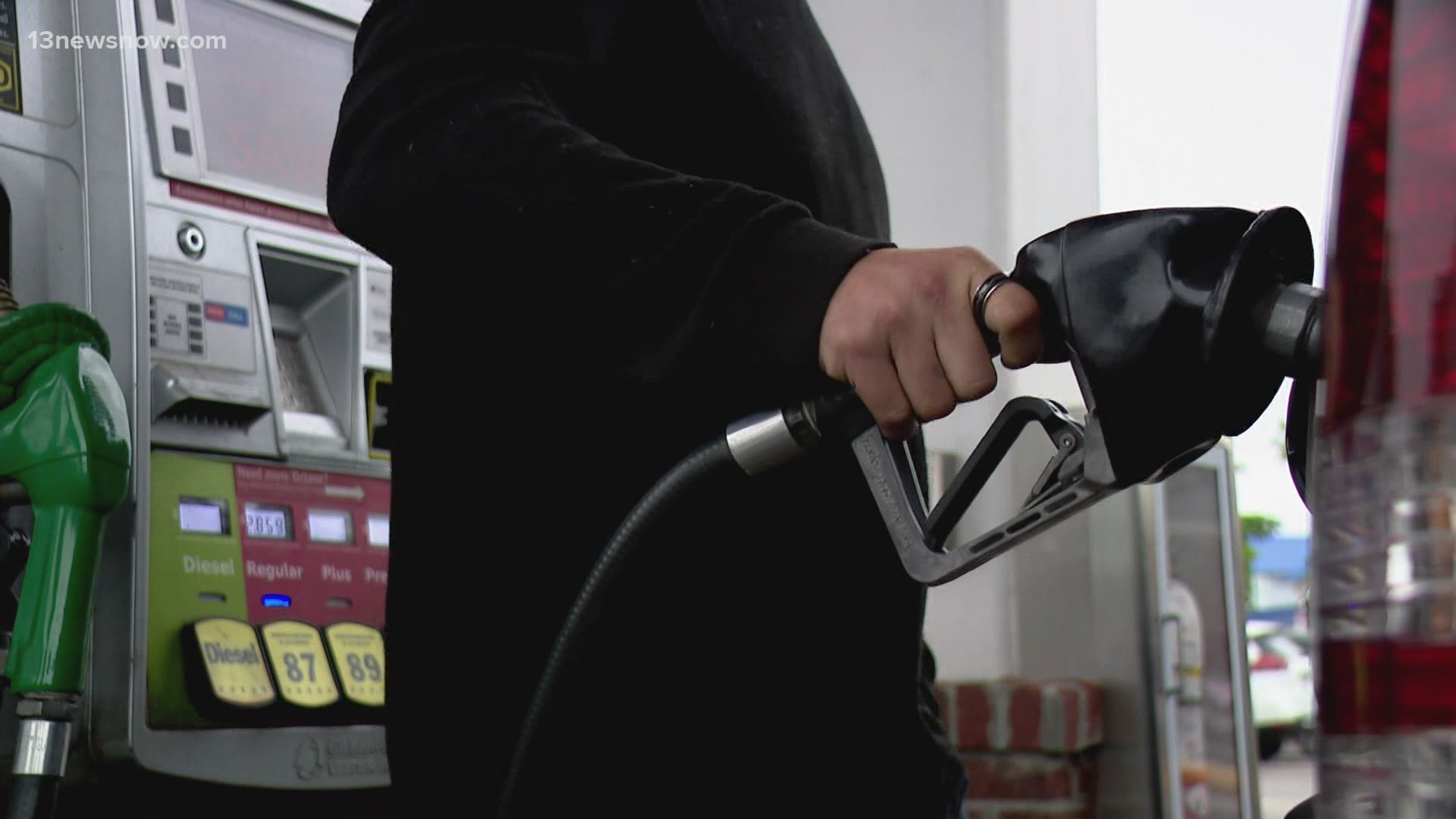 VIRGINIA BEACH, Va. — Colonial Pipeline initiated the restart of operations shortly after 5 p.m. Wednesday, according to the company. It will take several days for everything to get back to normal, an early evening release said.

“There’s a lot of stations out. Completely out," said Nicole Schaefer.

"It’s almost like trying to get on an amusement ride,” said her husband, Myk.

The Virginia Beach couple drove to three gas stations before waiting in a line of cars at a Wawa with only regular or diesel remaining. With their two-month-old baby and five-month-old dog in the car, the couple reminisced on all the twists and turns these since the pandemic began.

“I feel like it’s just one thing after another," said Myk.  "There's always one thing going on here lately.”

At other gas stations, signs read "Out of Gas" at the pumps. We caught some drivers desperately try their luck anyway.

A senior analyst at Gas Buddy said 56 percent of gas stations in Virginia were out of fuel by 11 p.m. Wednesday.

"This morning when I was filling up this guy with like four or five-gallon things in his car," said Jon Harris at a pump in Virginia Beach.

Harris is not taking any chances. He filled his wife's car Wednesday morning and drove another car to the pump later in the afternoon.

“We got toilet paper and ketchup just in case. Just in case; we ain’t playing with them, man," he said.

Harris said he believes reports that there is no gas shortage, but he fears others will panic buy.

Nick Douglas said he wished he owned a hybrid vehicle, but he is relieved to hear pipeline operations are coming back online.

“To the people who filled up like 50-gallon containers at $3 a gallon. That’s unfortunate right?" said Douglas.

Colonial said some areas may keep experiencing issues while gas is delivered to markets across the country.

In the meantime, experts remind drivers not to hoard gas and only fuel up if needed, which AAA describes as when your car is down to a quarter-tank.

Colonial said it will move as much gasoline, diesel, and jet fuel as safely possible.