According to AAA Tidewater, gas prices have risen by 10 cents per gallon in the state of Virginia, and even higher at 12 cents in the Hampton Roads region. 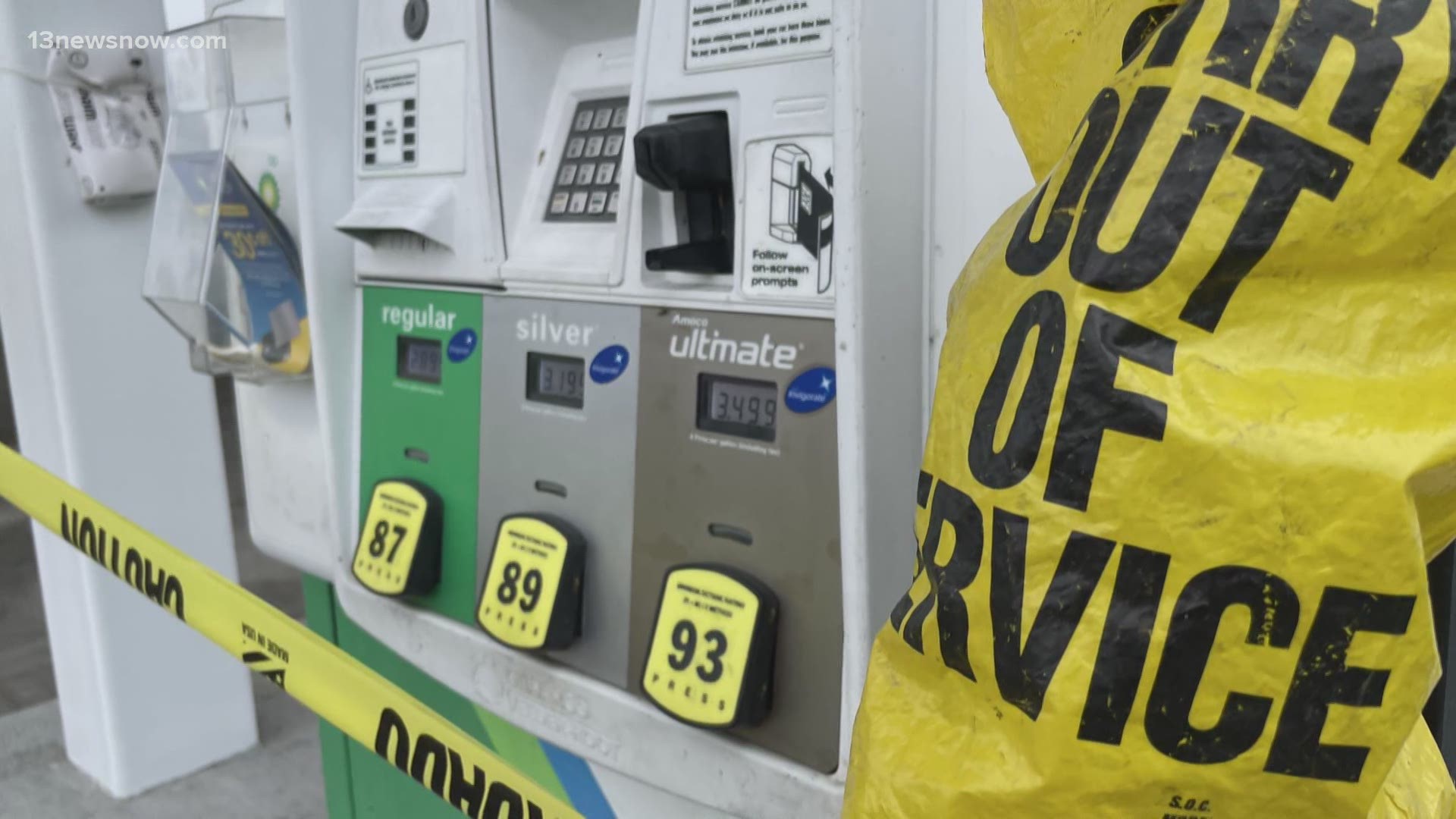 In Hampton Roads, supply has overtaken demand. According to AAA Tidewater, gas prices have risen by 10 cents per gallon in the state of Virginia, and even higher at 12 cents in the Hampton Roads region.

“The demand has risen so much so quickly that you may have had a delivery anticipated to come on Wednesday or Thursday but you have so many more people coming in on Monday and Tuesday you run out faster," Holly Dalby with AAA Tidewater told 13News Now Tuesday.

RELATED: Colonial Pipeline restarts operations, warns it will be days to return to normal

Throughout Virginia Beach, the shortage is evident by the surplus of "Out of Gas" signs, taped-up fuel pumps, and traffic cones blocking off gas lines. A disruption to the Colonial Pipeline in Texas has caused widespread gas shortages across the East Coast, with Virginia just one of the states hit hard by the disruption.

“All of the panic buying that seems to be going on right now, we’re actually creating part of the shortage," Dalby said.

People found luck with filling up their tank at several Wawa locations across the area.

Zach Herndon, making deliveries out of his truck from Richmond, found luck at the Wawa location on Newtown Road near Virginia Wesleyan University after stopping by roughly gas stations that were already out of service by Wednesday morning

“I started in Suffolk this morning, went to Chesapeake, I’ve been to about eight different stations and haven’t had any luck, everything’s been out of service. But I saw people going to Wawa and it seemed like the spot, but just be prepared to wait 25-30 minutes for gas," Herndon said.

“Yesterday in the morning it was so busy, they were getting the gas two times, three times. I never thought I would see this in my history. Half mile lines around our store," gas station owner Sharma Satpoul told 13News Now, who owns a gas station and convenience store on Holland Road.

When looking at the gas-tracking app GasBuddy, stations affected by the shortage are scattered throughout the Hampton Roads region.

According to Gas Buddy's Head of Petroleum Analysis Patrick De Haan, more than 50-percent of stations in the state are without gasoline.