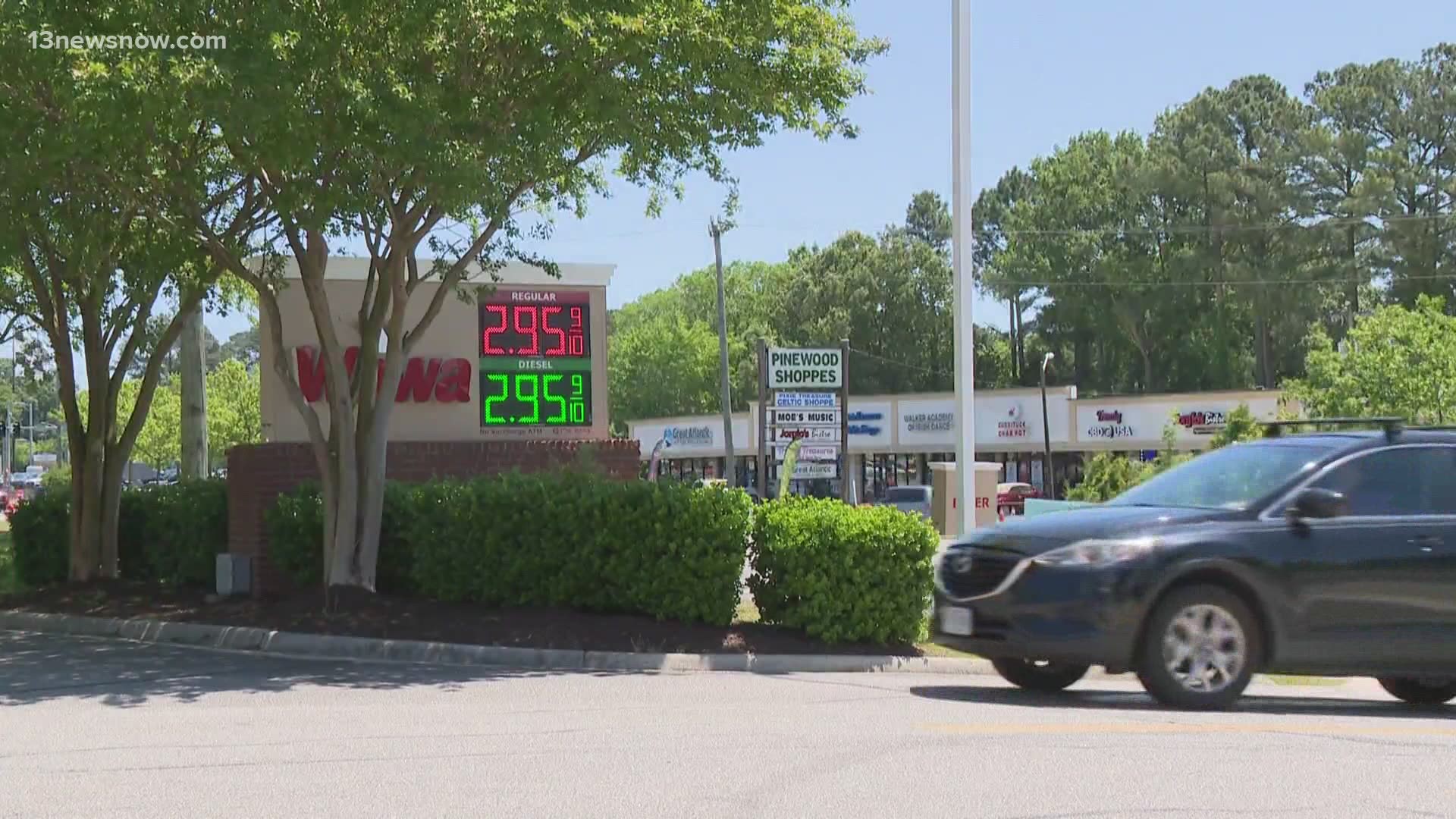 VIRGINIA BEACH, Va. — Gas is slowly flowing back to Virginia and North Carolina, but normal supply won't be back overnight.

The Colonial Pipeline in Texas has resumed operations for its pipeline system and is now fueling the markets it previously serviced before a cyberattack shut down operations last week.

Major metro areas across the country's southern and eastern states from Birmingham, Atlanta, Charlotte, and Hampton Roads will soon get their normal fuel supply back, but the impacts of the disruption are expected to last for days and possibly weeks.

"Had I not gotten it, I would’ve gone out at 3 a.m. or 4 a.m. in search of a station," Todd Nicklaus told 13News Now Thursday, who's visiting from Wisconsin for his son's wedding.

Nicklaus said he almost ran out of gas in a rental car, and only happened to be driving by a Wawa in Virginia Beach when he saw workers taking off the tape from the fuel pumps.

As of 12 p.m. Thursday, gas-tracking app Gas Buddy says more than half of the stations in the state of Virginia were without gasoline. Patrick De Haan, Head of Petroleum Analysis with GasBuddy, told 13News Now that available data showed 70-percent of stations in the Hampton Roads region were out of gasoline.

De Haan said that with the pipeline restored, areas impacted should start seeing fewer stations running out of gasoline as the day progresses.