The Transit Transformation Project aims to take a fresh look at how HRT works with today's new technologies and ride-sharing transportation options like Uber or Lyft. 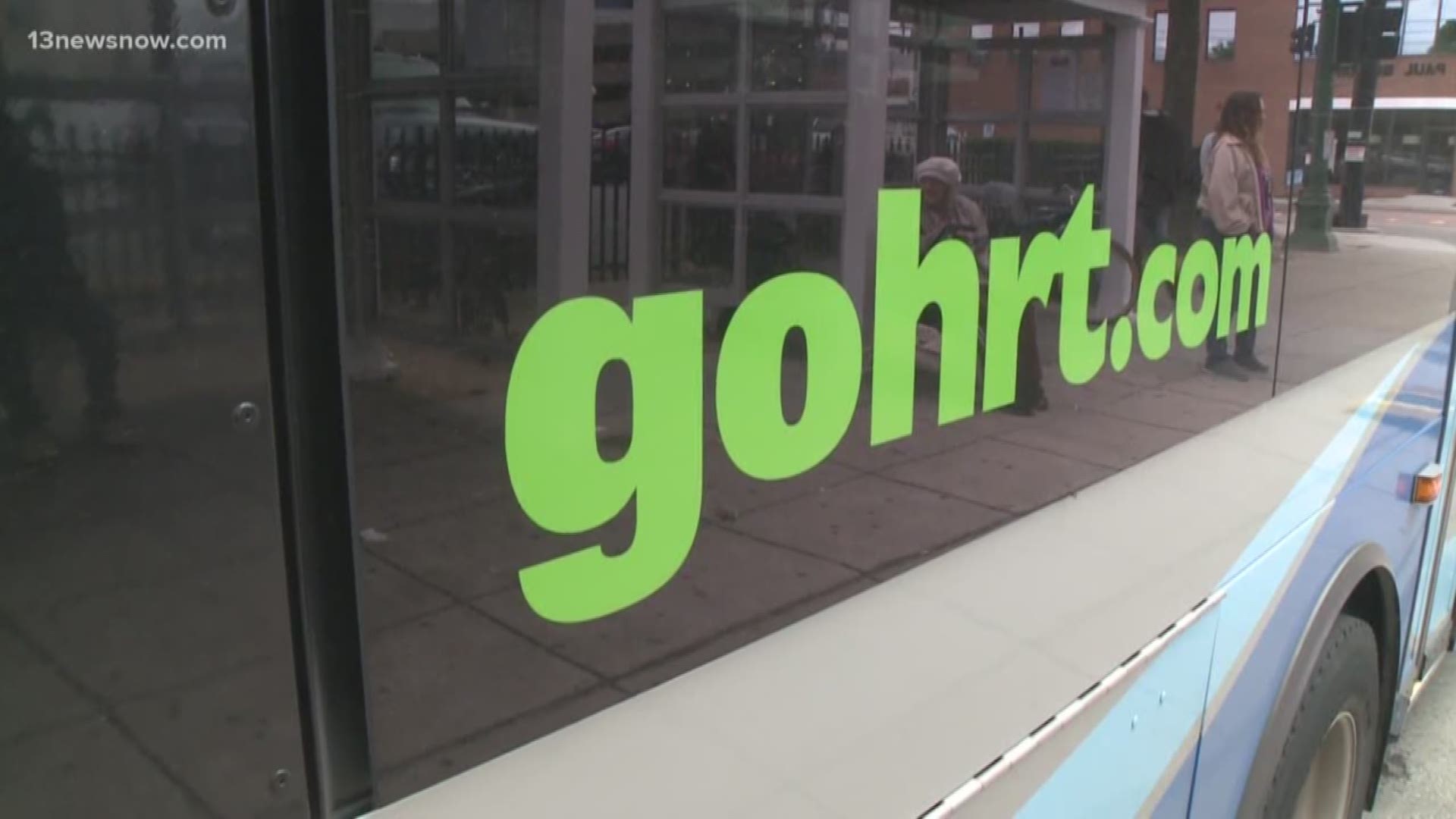 That's the main goal behind HRT's Transit Transformation Project. Transportation officials want to take a fresh look at how HRT works with today's new technologies and ride-sharing transportation options like Uber or Lyft.

During the work week, many people including Edward McCants rely on Hampton Roads Transit buses to get him to work.

“Lately it had just been delayed and if they could just be consistent more on their time,” McCants said.

He said sometimes the buses can make him late to work. He said on the way home, it can be just as bad.

“After a hard days work, I’m waiting and looking at my watch and I’m here an hour later that’s not a good thing,” explained McCants.

“What if we did something like that, how would that look? Who would use it?" HRT Spokesperson Tom Holden said. "How much would it cost and whether it is something would be something we will have to pull off?”

Through the months of May and June, the Transit Transformation Project is hosting a series of public meetings all across Hampton Roads to hear from you on what can make HRT's bus transit system a success.

Holden said to make all the changes happen and be successful, it requires everyone working together.

“We think there is a better way and we think the better way to do it is to reconfigure how we are organized but that requires a regional conversation from the cities,” he said.

The next one is Tuesday, May 14 at the Historic Post Office in Hampton, from 5:30 to 7:30 p.m. A full list meeting dates and locations is available on HRT's website.