Police said a passenger in the suspect's car was killed when the car crashed in the Hampton Roads Bridge-Tunnel (HRBT) and she was thrown from the car. 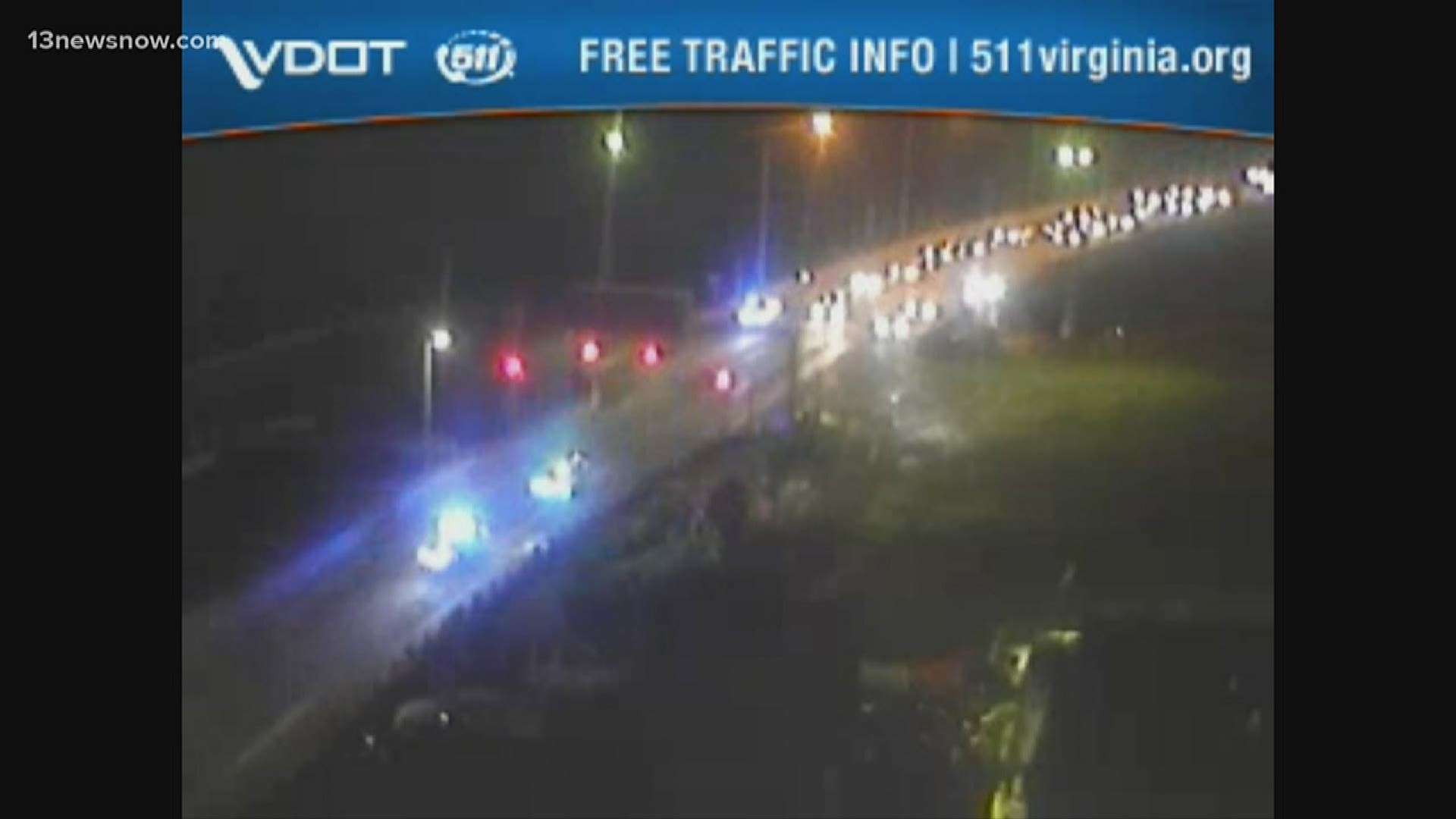 NORFOLK, Va. — An incident that started with a hit and run crash on I-64 early Sunday morning resulted in a woman being killed and a suspect on the run.

According to a Virginia State Police spokeswoman, this began unfolding at around 2:30 a.m. A man was driving on I-64 west of Northampton Blvd when his car was struck by a silver Ford Fusion. Rather than stop, the driver of the Ford took off at a high rate of speed. The driver of the vehicle that was struck followed the Ford, heading towards the Hampton Roads Bridge Tunnel and contacted police on his phone to report what happened.

As the driver of the Ford approached the west entrance to the tunnel, he lost control of the vehicle, which overturned. A woman who was a passenger in the Fusion was ejected and died on impact. The man who was driving was able to get himself out of the overturned vehicle.

Another driver who saw what had happened stopped to try and help, but as they did so, the driver of the Ford stole the Good Samaritan's vehicle and fled the scene.

The stolen vehicle - a 2018 Chevrolet Equinox - was later located wrecked and abandoned on Pelican Shores Drive in Hampton.

Police said that there weren't able to identify the woman who was killed.

A description of the suspect was not provided.

The State Police are looking for witnesses prior to, during, or after the incident, who may have any information about what happened. This could include witnesses driving in the area of Interstate 64, westbound between Northampton Boulevard in Norfolk and LaSalle Avenue in Hampton, and Pelican Shores Drive where the stolen vehicle was found.

Anyone with information about this incident and/or have witnessed suspicious behavior are encouraged to contact the Virginia State Police at (757) 424-6800 OR questions@vsp.virginia.gov.

All westbound lanes of the Hampton Roads Bridge Tunnels were closed to traffic until mid-morning.