Hampton Roads Transit is moving closer to a choice between expanding light rail or adding bus rapid transit (BRT), but it wants your input, first. 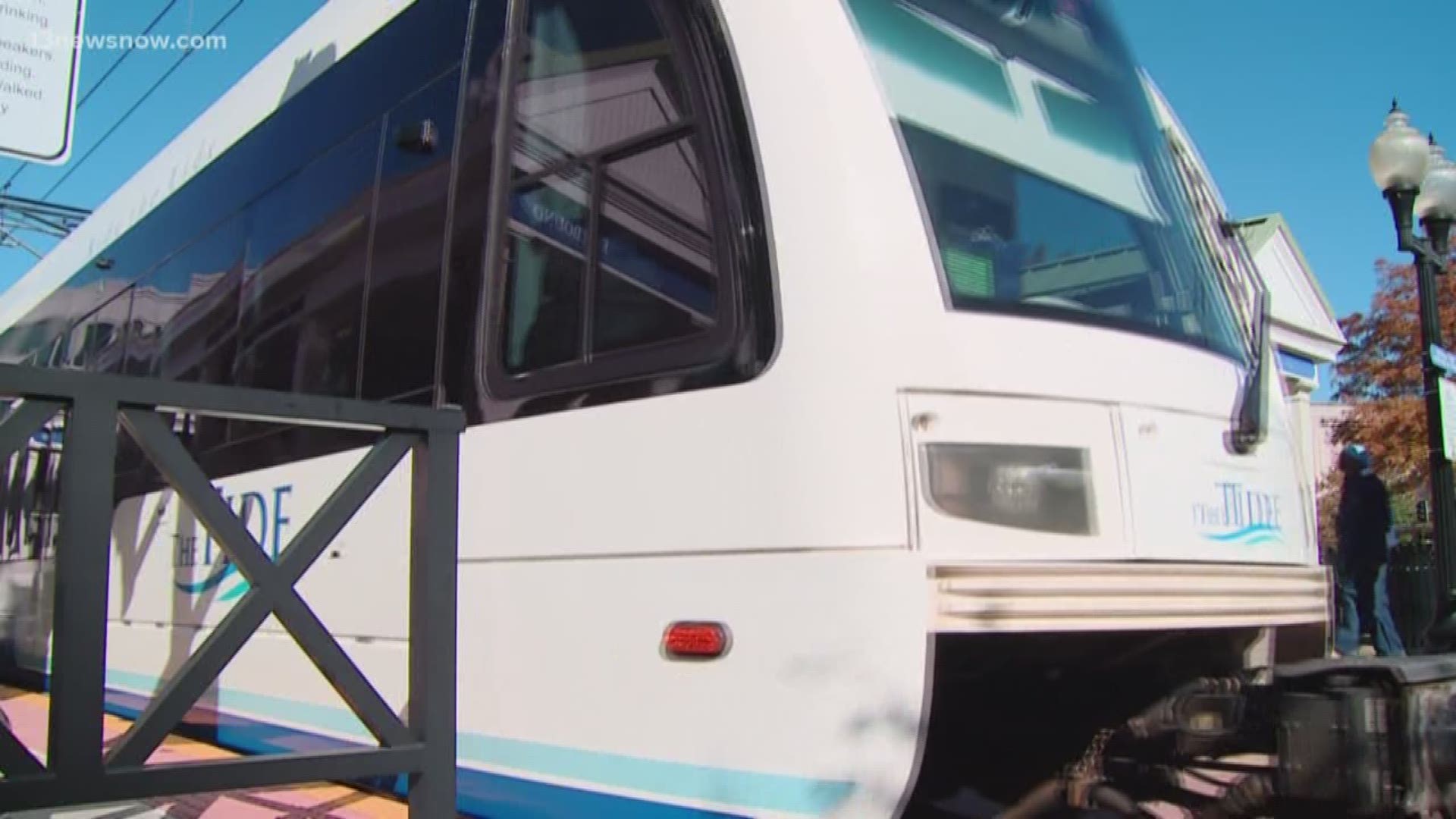 NORFOLK, Va. — A new way to move the masses to and from Naval Station Norfolk is inching closer to reality, but it can't get far without your opinion.

There are two ways this could go: a bus rapid transit system or expanding light rail.

While the HRT project has expert planners, designers, and constructors ready to roll, it's important to not discount the "expert citizen."

"We need to hear from the public instead of them just hearing from us," Jamie Jackson, project manager, said.

Consider the sailor who needs a faster way to get on base.

"Naval Station Norfolk is the end destination, because we have about 60,000 military and civilian personnel going in and out of the base every single day," Jackson said.

What about the Janaf store worker who relies on public transportation?

"We're also looking at key corridors like, along Military Highway, Chesapeake Boulevard," she said. "Because there's other destinations that the residents of the community and military personnel want to go."

Hampton Roads Transit is trying to bridge this transportation gap.

The new or extended transportation service will start at either Military Highway or Newtown Road.

"What roads we take to get there, that's the unknown and that's what we need the public's help for," Jackson said.

The other unknown is exactly how they'll get there. It's either bus rapid transit -- which means at least 50 percent of the lanes are dedicated bus lanes -- or by light rail.

"We'll end the project with selecting one mode," she said.

It's in the environmental review process now, with planning and design not too far out. So, whether it impacts your commute or your neighborhood, it's time to chime in. What would you want to see?

"This is the type of project that is transformative to other communities that we see throughout the nation," Jackson said.

More information on the meetings can be found at the Naval Station Norfolk Transit Corridor Project website.

RELATED: HRT will not extend light rail on Norfolk's west side

Two public hearings are being held this week, one on Wednesday and the other on Thursday: