Norfolk riders said drivers for Uber and Lyft apps are few and far between lately. 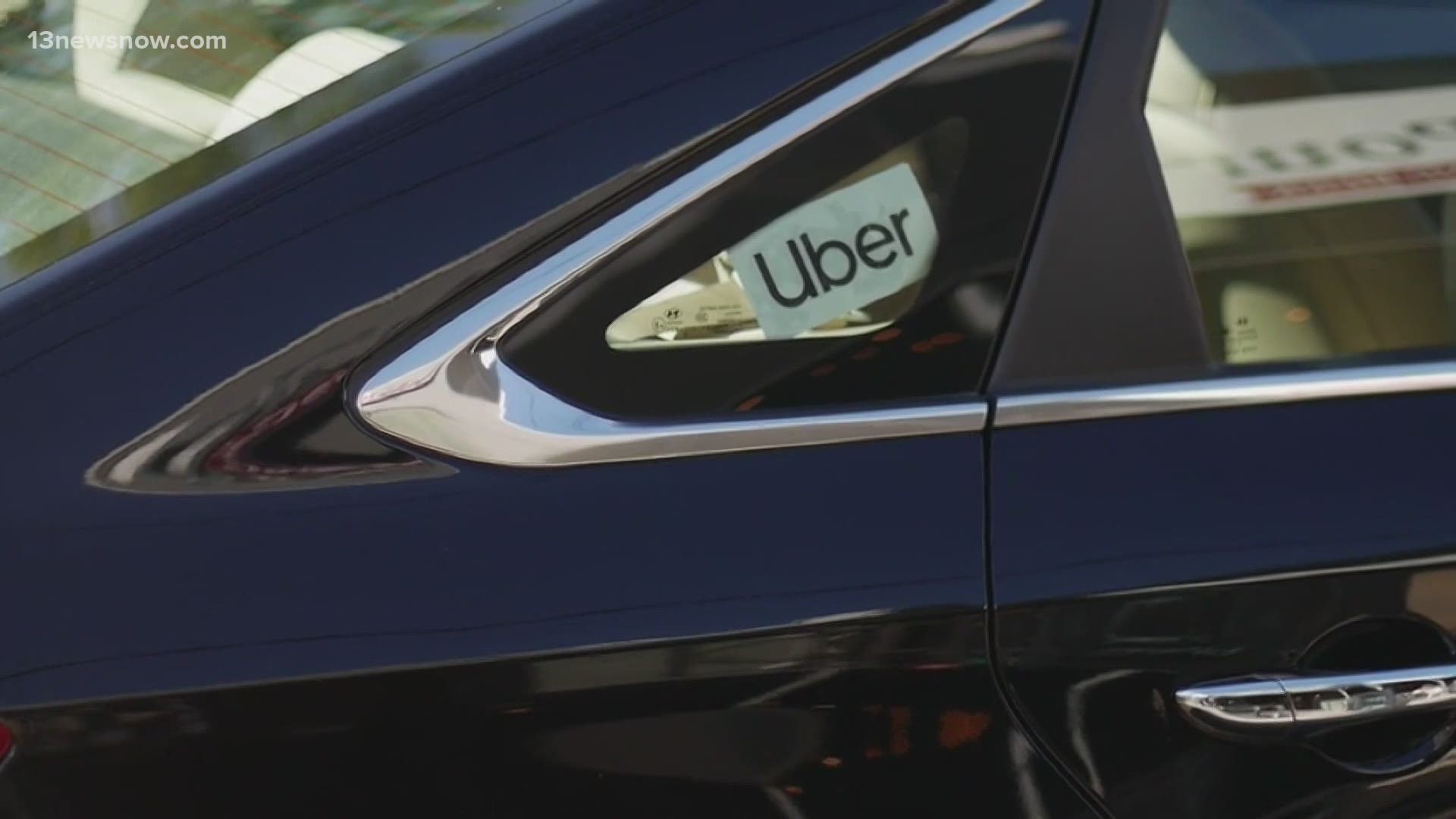 NORFOLK, Va. — If you're looking for a ride this weekend, usually there are a few apps for that! But people in Hampton Roads tell us it's increasingly hard to get an Uber or Lyft.

They told us you may want to plan ahead.

“I actually have a friend; she works over at MacArthur Center,” said Daronique Waddy. “She says she waits 30 minutes sometimes to get a ride home at night with Uber and Lyft.”

Norfolk riders said drivers for Uber and Lyft apps are few and far between lately.

But, for active drivers, business isn’t hard to find.

A spokesperson for Uber tells us they are working to recruit drivers:

"As more people are vaccinated, demand from customers has increased which has caused longer wait times. We're working to bring more drivers and delivery people onto the road, and for anyone interested, now is a great chance to earn money flexibly on your own schedule. We've taken safety measures, such as required use of masks, to make sure both drivers and riders can safely rely on the Uber platform."

A Lyft spokesperson said they are doing the same:

"We’re seeing big increases in demand for rides, as vaccines roll out and people get ready to start moving again. That’s great news for drivers, who are busier and earning more than they were even before the pandemic."

“The higher the vaccination number, the more people will go out and drive,” Cruz said.

He doesn’t have any tricks for scoring an Uber faster but said if you are ordering food a tip goes a long way.

“I can see how much I am going to make including the tip you put in,” Cruz said. “That is a good incentive. The higher the dollar is, the more likely I am to pick you up. On Uber, I have no idea, so it is kind of the luck of the draw.”

Uber is spending millions to lure drivers back to the road. They recently announced a $250 million stimulus to boost driver earnings.