The goal is to alleviate congestion on I-64 by offering toll lanes. 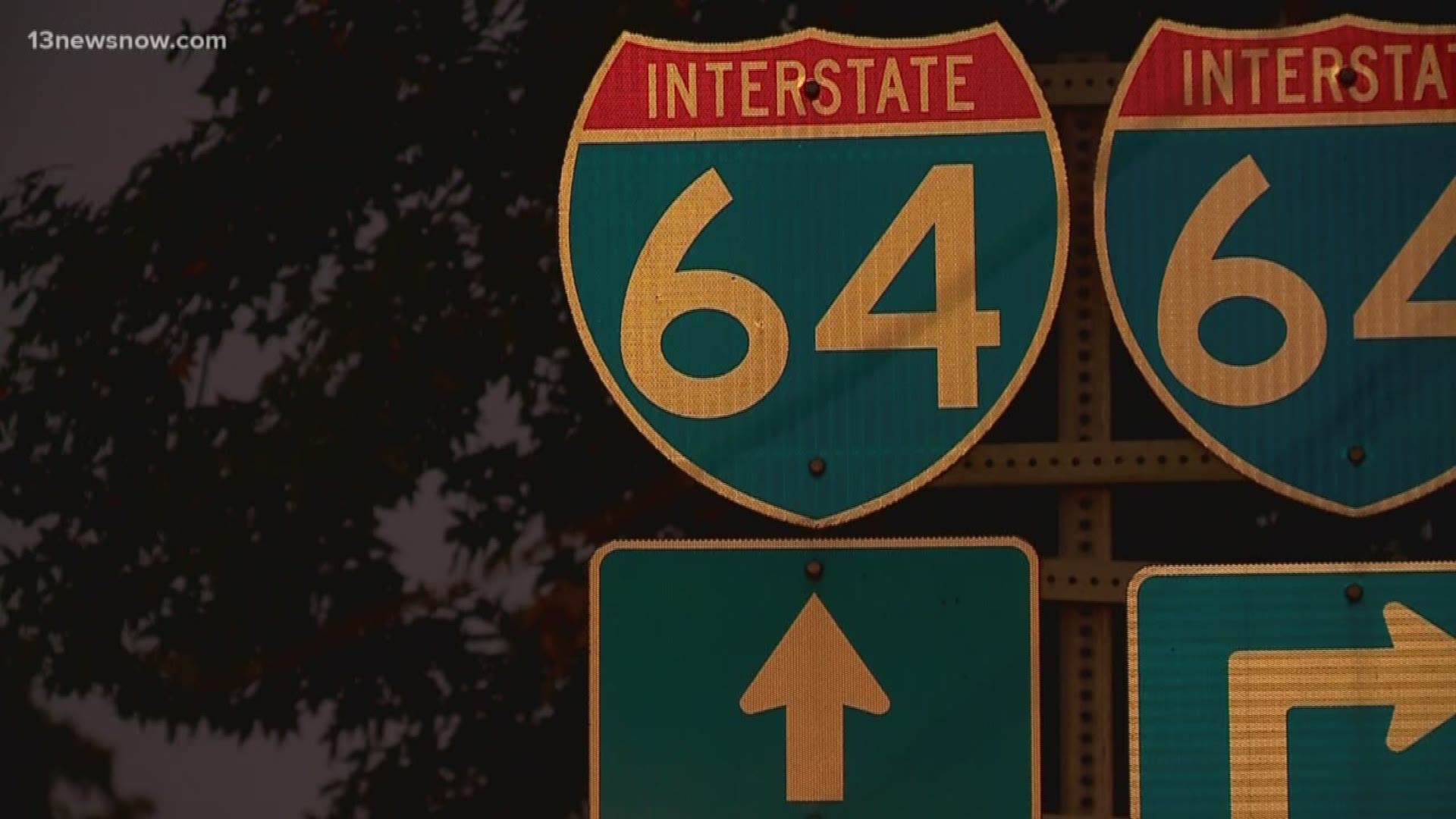 Documents showed the route would go from the Jefferson Avenue exit in Newport News to Bowers Hill in Chesapeake, which means 45 miles of optional toll lanes on I-64.

But to alleviate traffic in the free lanes, people have to be willing to pay a toll for the faster trip. Chesapeake commuter Amy Keyes said that it’s a cost she wouldn’t commit to.

"I just don't think it's right that we have to pay for something that we've already paid for. We've paid for these roads, we've paid for them every day and they take our tax money,” said Keyes.

"If you're going to set a toll, set a toll straight price. It shouldn't be peak hours and off-peak hours,” said Keyes.

The aim would be to have the expansion in place once the Hampton Roads Bridge-Tunnel tubes carried more lanes.

RELATED: Small businesses hope to get in on Hampton Roads Bridge-Tunnel expansion project

Documents showed that officials believe that many free lanes will go back to being congested by 2040 if traffic continues at its current pace.

Calon Howard said there should be more lanes for all to use, without a cost.

"I think the tolls are too much and I think it's unfair for us living in the Hampton Roads area. I think it's just another way they're getting money out of us and we're already paying, so I think they should do away with all the tolls,” said Howard.

The goal would be to have the expansion in place by 2025.