For the first 180 days, drivers will receive a promotional 25% off rate. 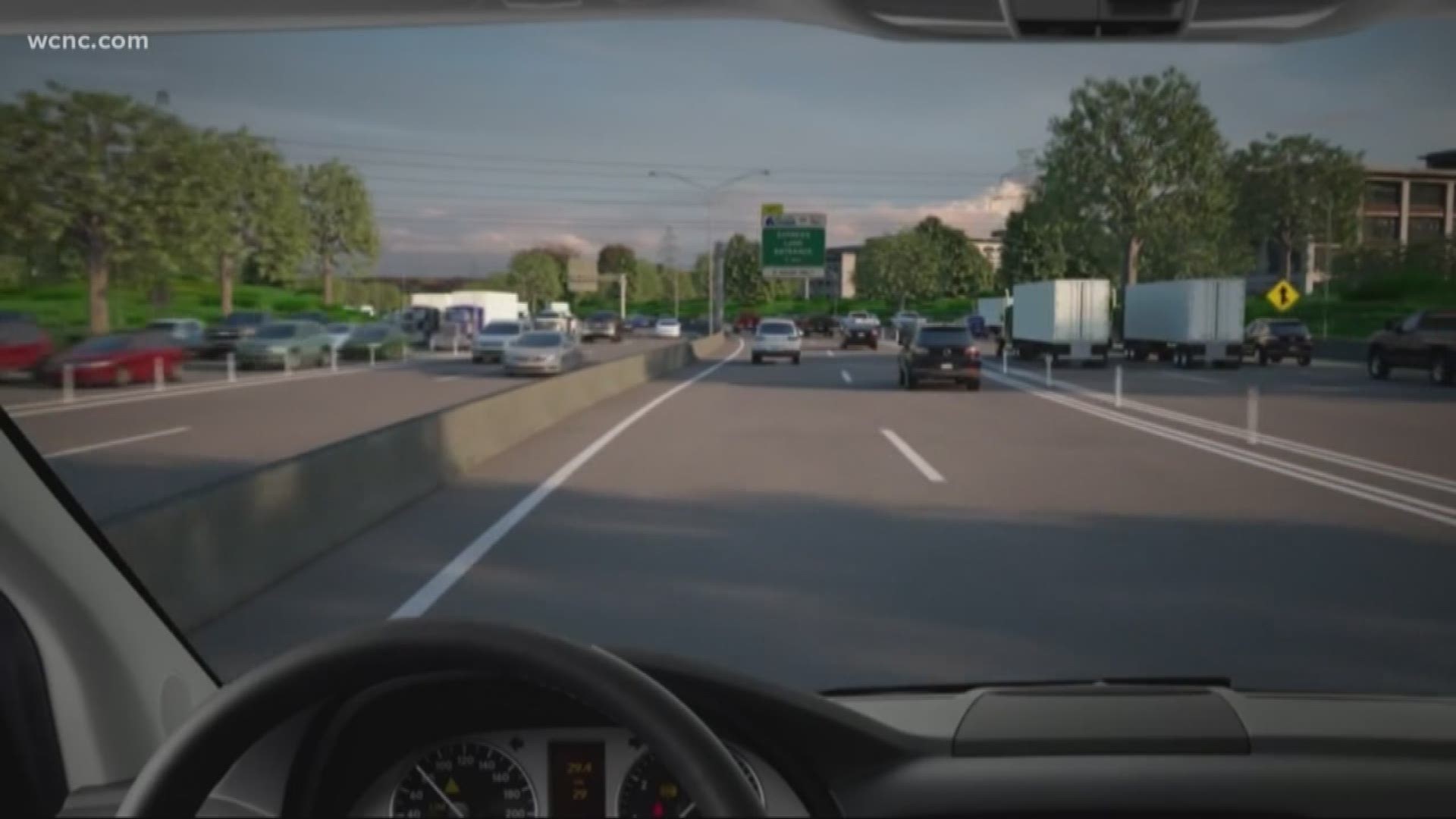 CHARLOTTE, N.C. — It’s a day drivers on I-77 have been anticipating. The first toll lanes opened Saturday morning. The entire project isn't complete just yet, only the northern section from Hambright Road in Huntersville to Mooresville opened.

It means there will be more lanes to help ease congestion, but it also means you'll have to pay premium rates to use them.

For the first 180 days, drivers will receive a promotional 25% off rate. This discount will be posted on the toll rate signs for each segment of the express lanes. The prices won't change but every 30 minutes.

But once the entire express opens, rates may change as often as every five minutes. The more cars in the lanes, the higher the price.

If you plan on using the tolls, you'll want to get an NC Quick Pass. If you don't have one, cameras will capture your car's license plate, and you'll get a bill in the mail.

The nearly 700-million dollar project has been a political lightning rod for controversy. Officials have been meeting often to try to cancel the toll lane contract, and construction has been delayed. The tolls were supposed to open last year.

The toll lanes are meant to help alleviate some of the traffic on Interstate 77 but now the questions are will they work during peak hours and will people use them?

But they come at a price.

Traffic gets extremely congested on I-77, no doubt it’s something that drives drivers crazy. Now there will hopefully be some relief from Hambright Road in Huntersville to Exit 36 in Mooresville.

"I think a lot of people in this area didn’t want the toll lanes and they're going to continue not using them to try to get them opened to the regular lanes,” said John Mealer of Huntersville.

This project has been very controversial, the construction has been over budget and behind schedule.

"I’m not thrilled with the fact that they're toll lanes and not fully funded by the state. However I’m really hoping that this does alleviate a lot of the traffic congestion on 77,” Wolejsza said.

The entire 26-mile stretch is expected to open by September.