After 1 month of tracking e-scooter injuries: Here’s what professionals at Sentara found

Injuries hospital staff treated were comparable to those suffered in a car or motorcycle crashes. Some even required neurosurgery. 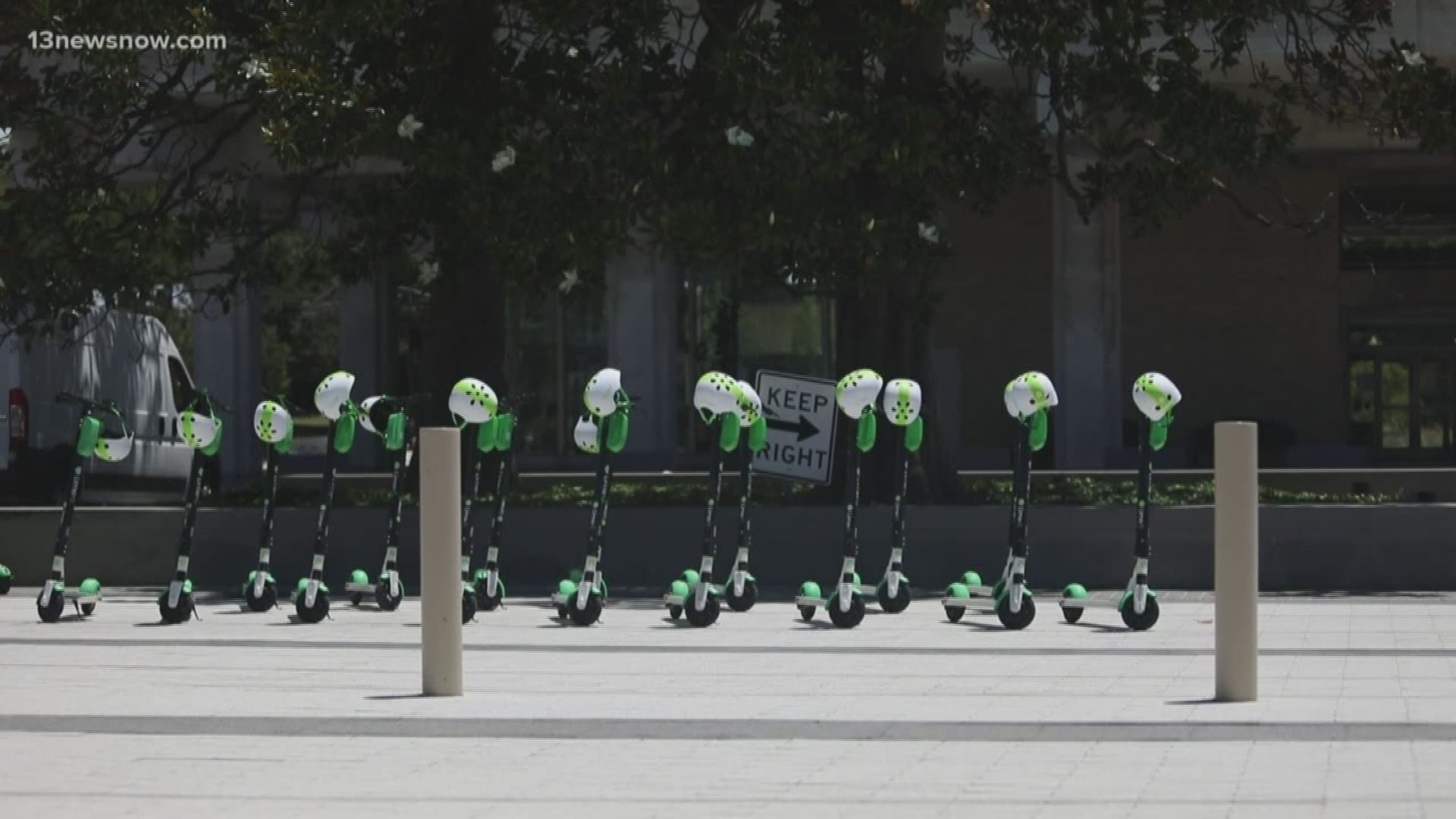 VIRGINIA BEACH, Va. — Within the last month, medical professionals at  Sentara Virginia Beach General Hospital treated twice as many patients who’d suffered from e-scooter-related injuries than they did patients who were in car crashes, according to our news partners at Southside Daily.

“Our final number for August was 29 — just about the same amount as what we got for two months worth of car accidents,” said Mark Day, a nurse and trauma program manager at Sentara Virginia Beach General Hospital.

And, these aren’t just bumps, bruises, and scrapes.

Day said the injuries the staff treated were comparable to those suffered in a car or motorcycle crashes — some even required neurosurgery.

“About half of that 29 had to be admitted to the hospital,” he said. “Majority of the injuries are orthopedics like fractured arms and legs with the next largest group being head injuries.”

RELATED: Virginia Beach EMS have been tracking e-scooter-related injuries. Here’s what they found

After noticing an uptick in patients admitted to the hospital for injuries related to e-scooters, Day said they wanted to “see the big picture” and in August started to track patients who arrived by private car, self-presented to the triage desk at the emergency department, or who came in an ambulance and were registered through the charge desk.

The team even tracked the days, times of day, and demographics of the patients which Day said didn’t really show any trends.

“We just had a 79-year-old man who decided he wanted to try [riding an e-scooter] and he took a tumble and broke his hip,” he said. “It crosses all socioeconomic lines, all racial lines, and all age groups.”

The significant number and severity of injuries related to e-scooters are the result of riders operating them without a helmet, but the responsibility to provide public awareness on how to safely use an e-scooter falls on vendors like Bird and Lime, Day said.

“There’s traffic safety education out there, there’s information on seatbelt safety, and on wearing helmets on bikes,” he said. “One thing these companies can do to help out the communities they’re trying to serve is put out public service education on how to safely use their product.”

Since City Council’s recent vote to ban e-scooters on most of the Oceanfront and the vehicles have migrated to neighborhoods, Day said they’ll be looking to see how their data changes during the tourism off-season.

For now, Sentara Virginia Beach General Hospital is the only location tracking e-scooter injuries but Day said he hopes other locations like Sentara Princess Anne and Sentara Leigh hospitals who’ve also seen a significant number of e-scooter related injuries will jump on board.

Practicing safe e-scooter riding by wearing a helmet, following traffic laws, and obeying age limitation are some methods that would help keep e-scooter riders out of the emergency department.

“We never want to see injured people but we at the trauma center are here to take care of them — we prefer people to be safe while they’re having fun,” Day said.