Virginia State Police investigate fatal crash on I-64 in Norfolk

State troopers said the wreck happened in the eastbound lanes of Interstate 64 near Tidewater Drive. One person died in the crash. 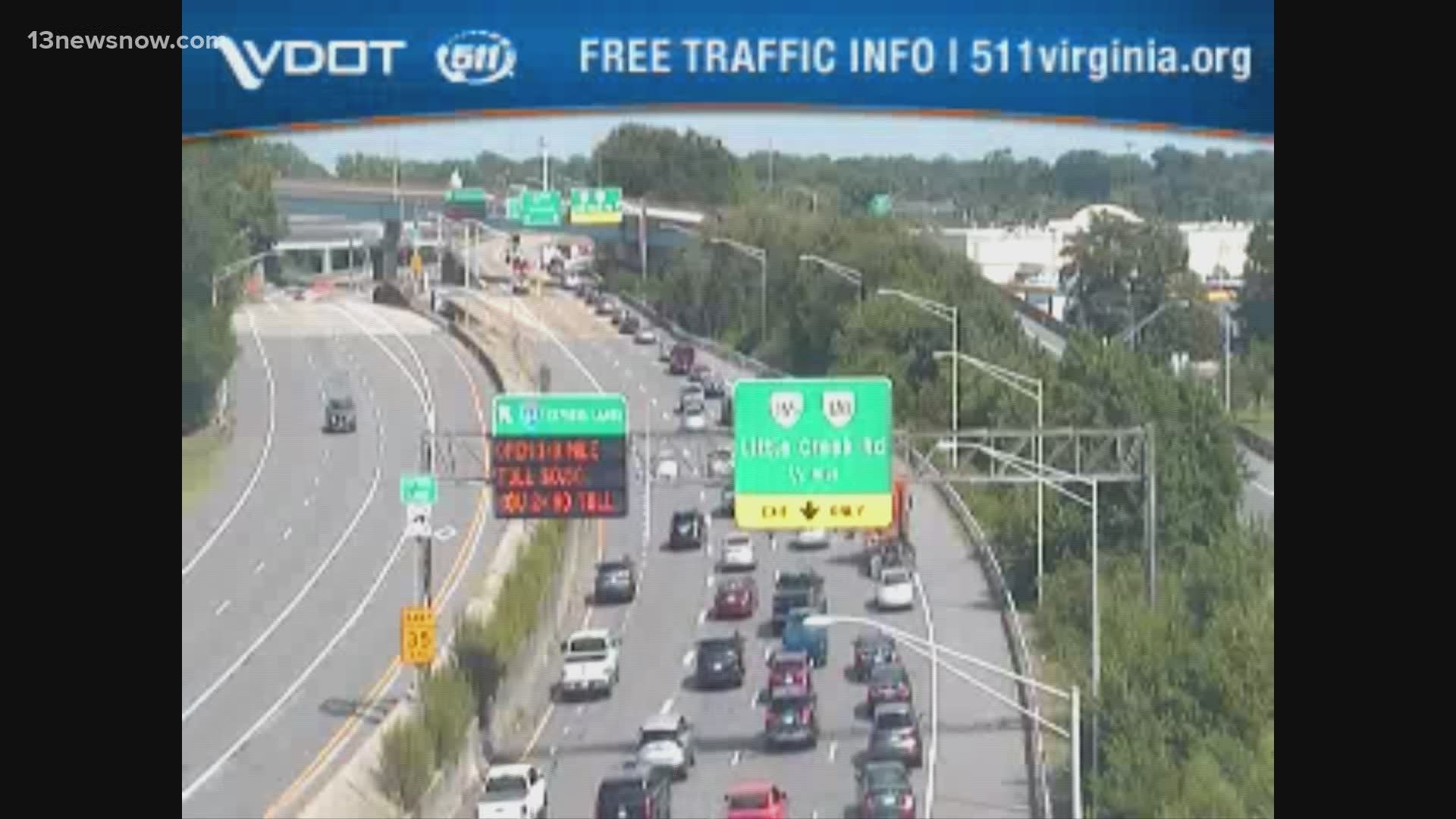 NORFOLK, Va. — Virginia State Police said it was investigating a three-vehicle crash that left one person dead on Wednesday afternoon.

Sgt. Michelle Anaya said the crash happened just after 2:30 p.m. in the eastbound lanes of I-64 in Norfolk, near Tidewater Drive.

Based on a preliminary investigation, State Police say the driver of a 2006 Chevrolet Corvette, George S. Schaab, was going eastbound at a high rate of speed when the driver of a 2016 Dodge Journey changed lanes, hitting the Corvette.

Both vehicles lost control, with Schaab hitting the jersey wall, causing his car to rebound back into traffic and hitting a 2017 Nissan Altima.

Schaab was taken to Depaul Medical Center, where he later died from his injuries. The driver of the Altima was also taken to the hospital for non-life-threatening injuries.

The driver of the Dodge Journey, 31-year-old Khiry Ives of New Jersey, was charged with unsafe lane change.

The accident remains under investigation and is pending review by the Commonwealth's Attorney.