Disney's Hollywood Studios, Epcot now back open to the public

Here are some big changes that you'll need to know before you plan a trip to the newly reopened Walt Disney World Resort. 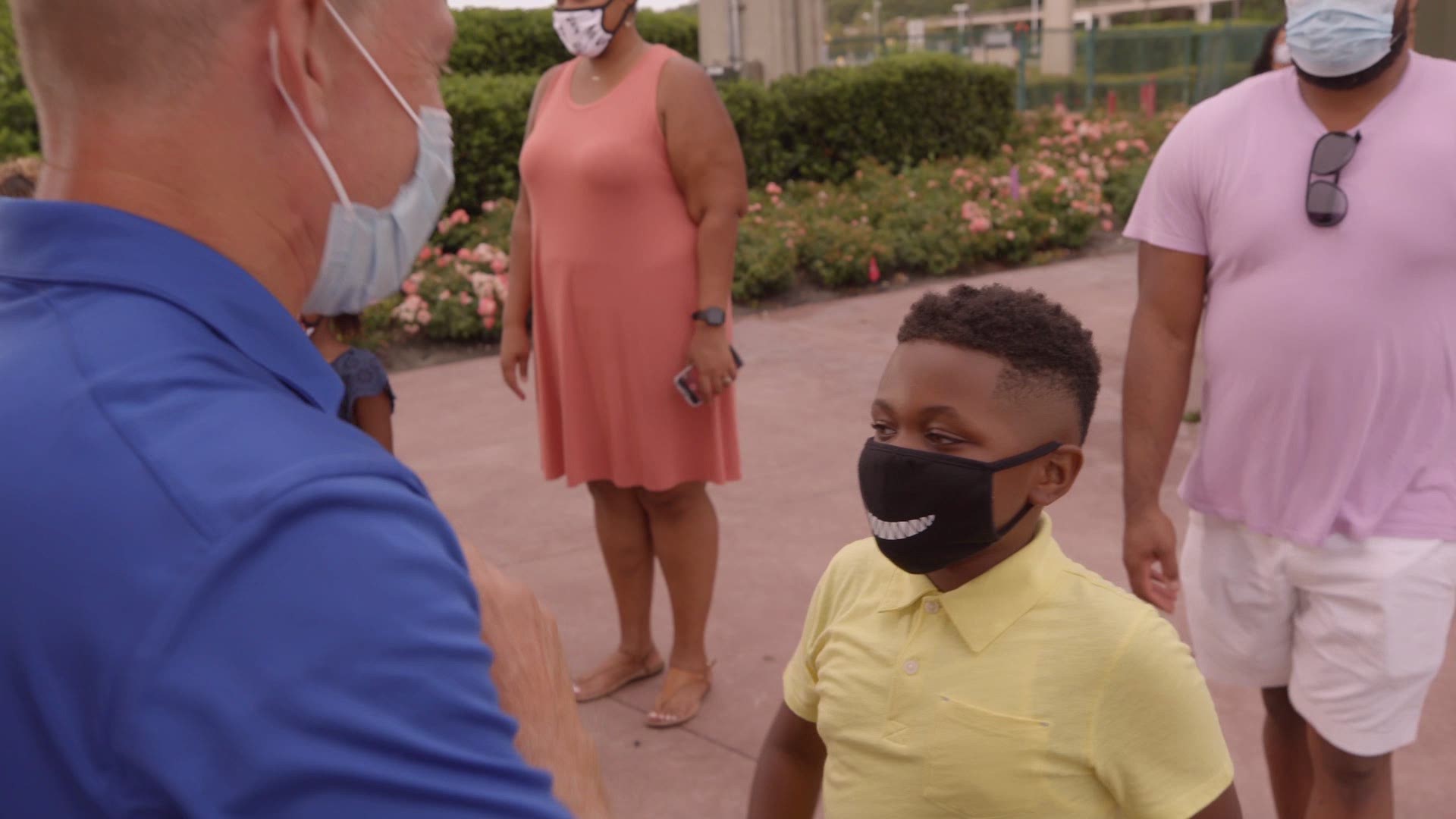 LAKE BUENA VISTA, Fla. — All four theme parks at the Most Magical Place on Earth are now back open to the public, with the reopening of Epcot and Disney's Hollywood Studios.

The Walt Disney World Resort closed all of its parks, resorts and the Disney Springs dining, shopping and entertainment area in March in an effort to stop the spread of COVID-19. The property gradually began a phased reopening, starting with Disney Springs in May, then moving to some resort openings last month, and finally reopening the parks, starting with Magic Kingdom and Disney's Animal Kingdom Saturday.

With Epcot and Disney's Hollywood Studios back open to guests, the reopening plan (for now) is complete. But, there are many changes guests will notice if they're frequent visitors to the House of Mouse.

The first change will be noticeable before even arriving to the parks. Tram service from parking lots to the park gates are not running at this time.

When guests do arrive at the gates, temperatures will be scanned. Anyone with a fever of 100.4 degrees Fahrenheit or higher will not be allowed inside.

Face masks are required for all guests over age 2. Masks can be removed while eating or drinking.

First Coast News spoke to an Orange Park woman who visited Epcot Wednesday. Megan duBois shared several photos showing social distancing measures, including markers on the ground to space out park guests while waiting in lines and plexiglass barriers between sections of the queue at the Test Track attraction.

Credit: Megan duBois
Social distancing measures inside the Test Track attraction at Epcot. Note the social distance markers on the ground and plexiglass barriers between parts of the queue.

The entry gates have also been modified to eliminate the fingerprint scan. DuBois said there is plenty of room to maintain social distancing upon entering the entry plaza into Epcot, where guests scan their Magic Bands or tickets.

Credit: Megan duBois
The entry plaza into Epcot, after guests scan their Magic Band or tickets to enter the parks, with plenty of room to maintain social distancing.

Throughout the theme parks, there are also Relaxation Stations where families can sit while social distancing from other guests and remove their masks.

Character meet-and-greets are not happening at the moment, so the parks feature character cavalcades during which guests can snap photos of their favorite princesses, Mickey and friends and more as they ride through different lands at a distance. Hugs and autographs are not allowed.

The Epcot International Food and Wine Festival began Wednesday and continues into the fall, making it the longest festival in Walt Disney World history. The festival will add elements from the park's annual Flower and Garden Festival to the iconic global bites and sips from Food and Wine.

According to Twitter user @ParkHoppin, the crowds on the first day of the festival were the lowest they'd seen after years of visiting the festival. 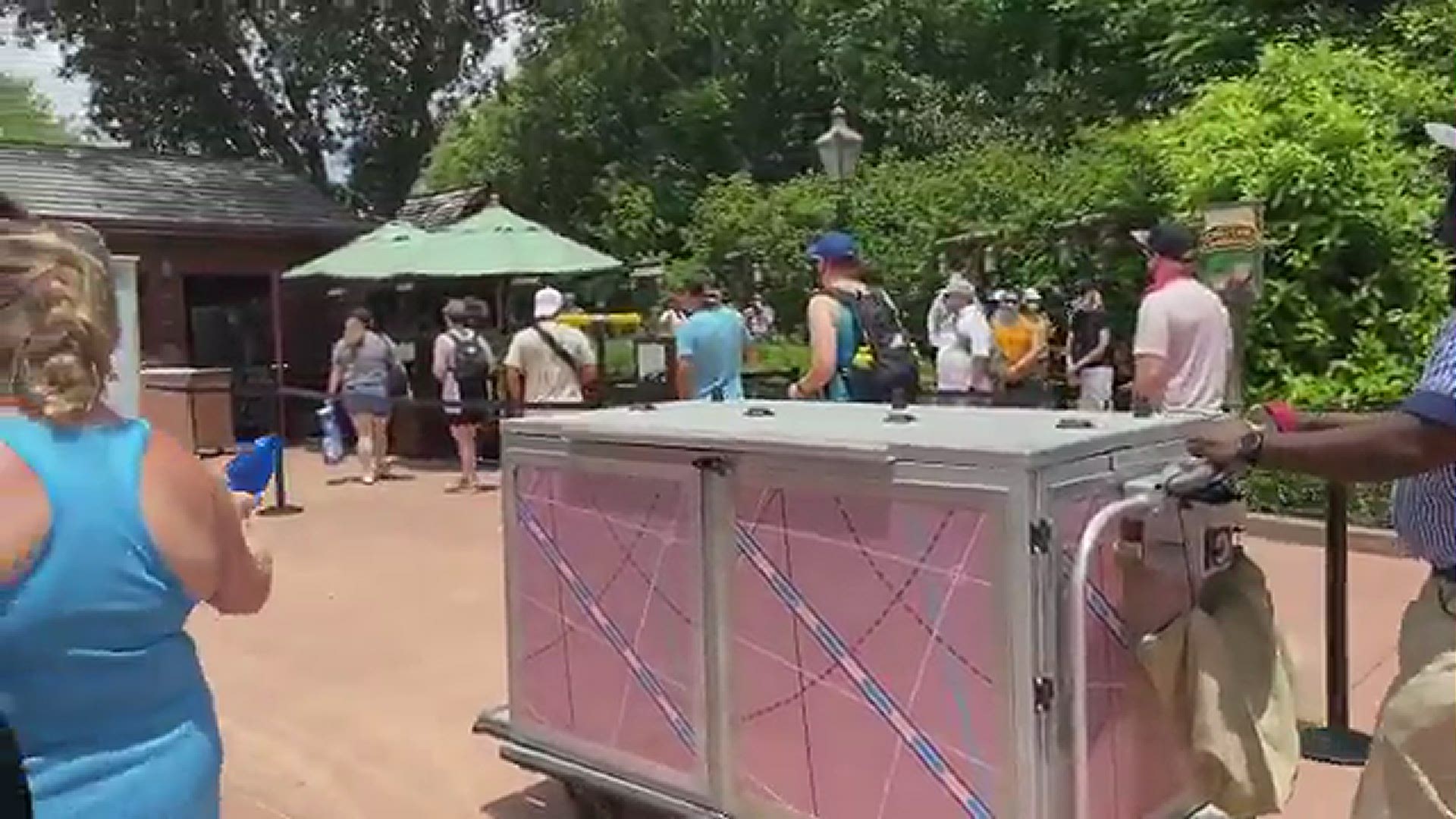 As of now, the Disney water parks Typhoon Lagoon and Blizzard Beach are not included in Walt Disney World's reopening plan, according to the Disney Parks Moms Panel.

RELATED: Walt Disney World reopening: What to know before you go