Drivers across Hampton Roads are trying to not get caught up in the rush of the Thanksgiving holiday, as AAA predicts the highest number of drivers since 2005. 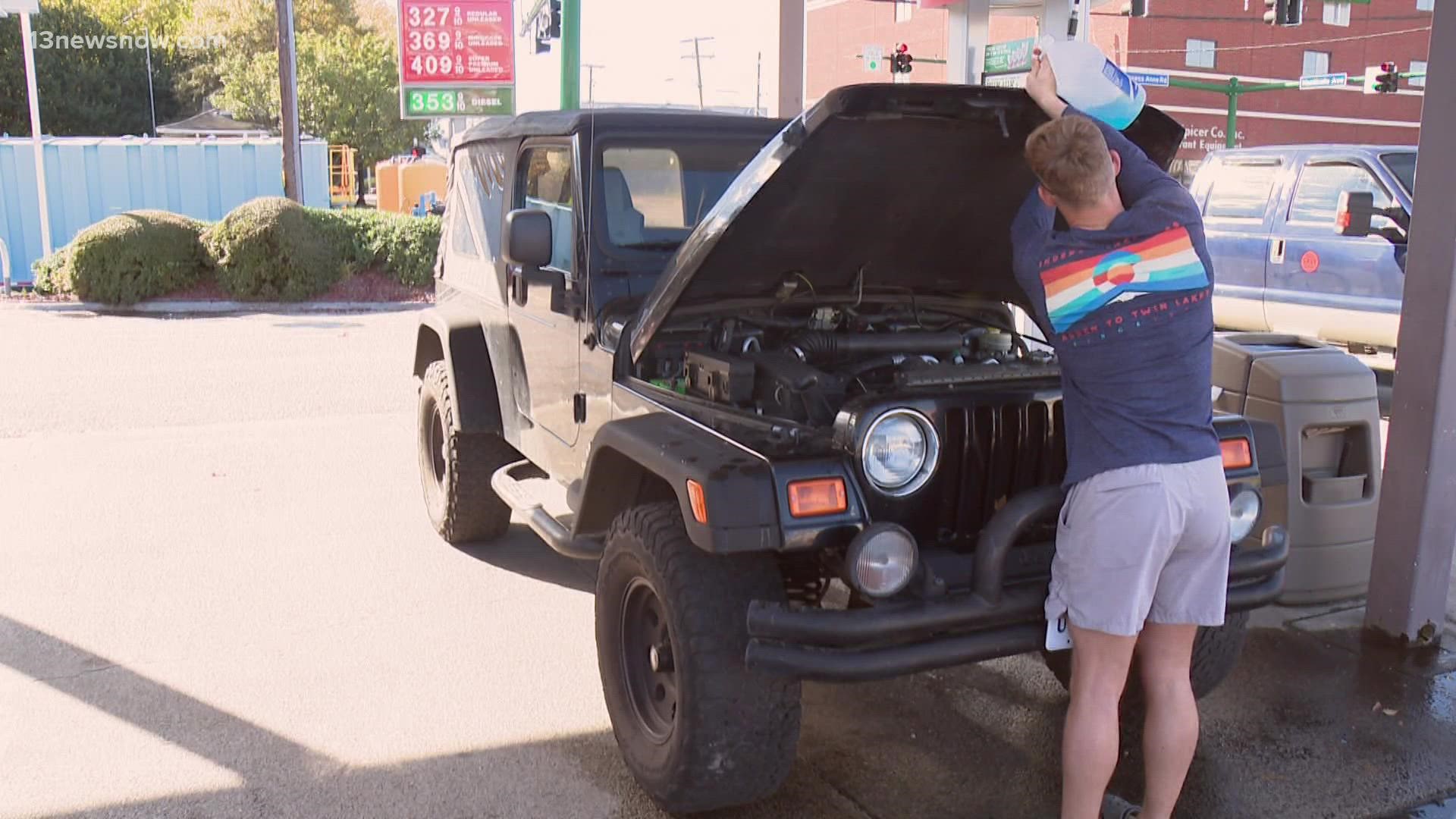 NORFOLK, Va. — It's a double whammy for drivers heading to see their families this Thanksgiving: expected heavy traffic and high gas prices.

It's a problem Norfolk residents like Kyle Hanson are struggling with as he travels up to see his family in Northern Virginia.

"It costs a lot to fill up the Jeep," he said as he checked under the hood of his Jeep. "This thing burns it like crazy, so it's not good."

These pocket-pinching prices are also preventing drivers like James Turner from seeing his family this Thanksgiving. Turner lives in Newport News but is from Buffalo, New York. He usually drives several hours to see his family members, but that had to change this year.

"It's just too much," Turner exhaled. "I just bought a house, so trying to do that first, and probably travel in the summer, if the prices are not still going up."

AAA said we could see more than 53 million drivers hit the road across the country, the highest yearly increase recorded since 2005. This statistic comes as people are excited to see their families following a difficult year in the pandemic.

The Virginia Department of Transportation wants to make sure drivers are taking their time on the roads this year. VDOT spokesperson Jordan-Ashley Walker said the department is lifting lane closures and suspending work zones to help with the flow of traffic.

"We really want to encourage people to adopt safe driving behaviors," said Walker. "Because, we know people are eager to go out and see their family, especially this year."

Walker said one of the best ways to ensure a smooth drive is to download the VDOT 511 app on your phone and check it to make sure you're not going to run into any major traffic delays or roadblocks. However, she said you should check it before you start driving.

"As motorists are driving -- whether it's long distances to another state or even the next city over -- it's important they take care as they are driving," said Walker.

VDOT is also encouraging drivers to schedule extra time before they hit the road, no matter how long your trip may be.

They ask you to take your time on the roads to ensure maximum safety.