Airport Authority Deputy Director Steve Sterling said airport staff are on top of cleaning, as the CDC is warning against unnecessary travel this Thanksgiving. 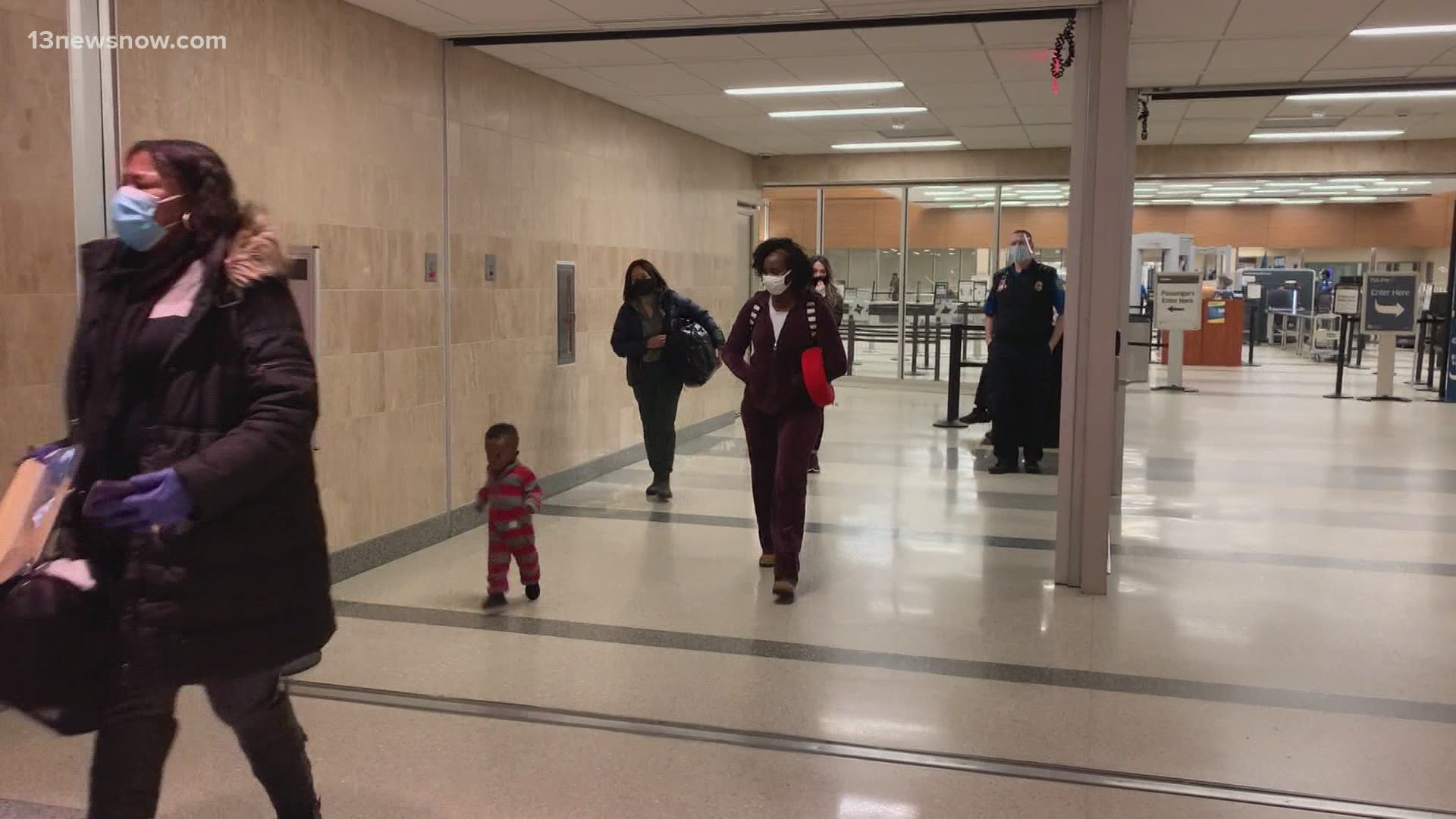 NORFOLK, Va. — Planes, trains, and automobiles: no matter which way you planned to travel to Thanksgiving, top health experts are urging you not to.

The best thing you can do this holiday season is to stay put, according to the CDC. They released that recommendation Thursday.

“It’s going to be the safest thing to stay home, but I understand people do want to see their family,” said traveler Charade Clark-Boone

Clark-Boone flew to Norfolk International Airport for work. Her family lives in Maryland, but she said she won’t fly for Thanksgiving.

“We anticipate the Thanksgiving holiday and perhaps the Christmas holiday peak travel to pretty much mirror the peak travel we saw back in August,” Sterling said.

Sterling said it’s too early to tell how the CDC’s recommendation to stay home could change that. He said airport staff are on top of cleaning, too.

“We also installed UV light fixtures on the handrails of all of our escalators,” Sterling said.

Can the airlines sustain more decline?

Airlines for America, the group that represents the major U.S. airlines said as of November 18th:

“I only live five hours away so I can get in the car,” Boone said. “But, if it was any further away, I’d definitely jump on a plane to see my family.”