Developing tropical system could be one for the record books

The season's third tropical storm could soon develop from a trouble spot in the southwestern Gulf of Mexico, and it could cause a new record to be set in the basin. 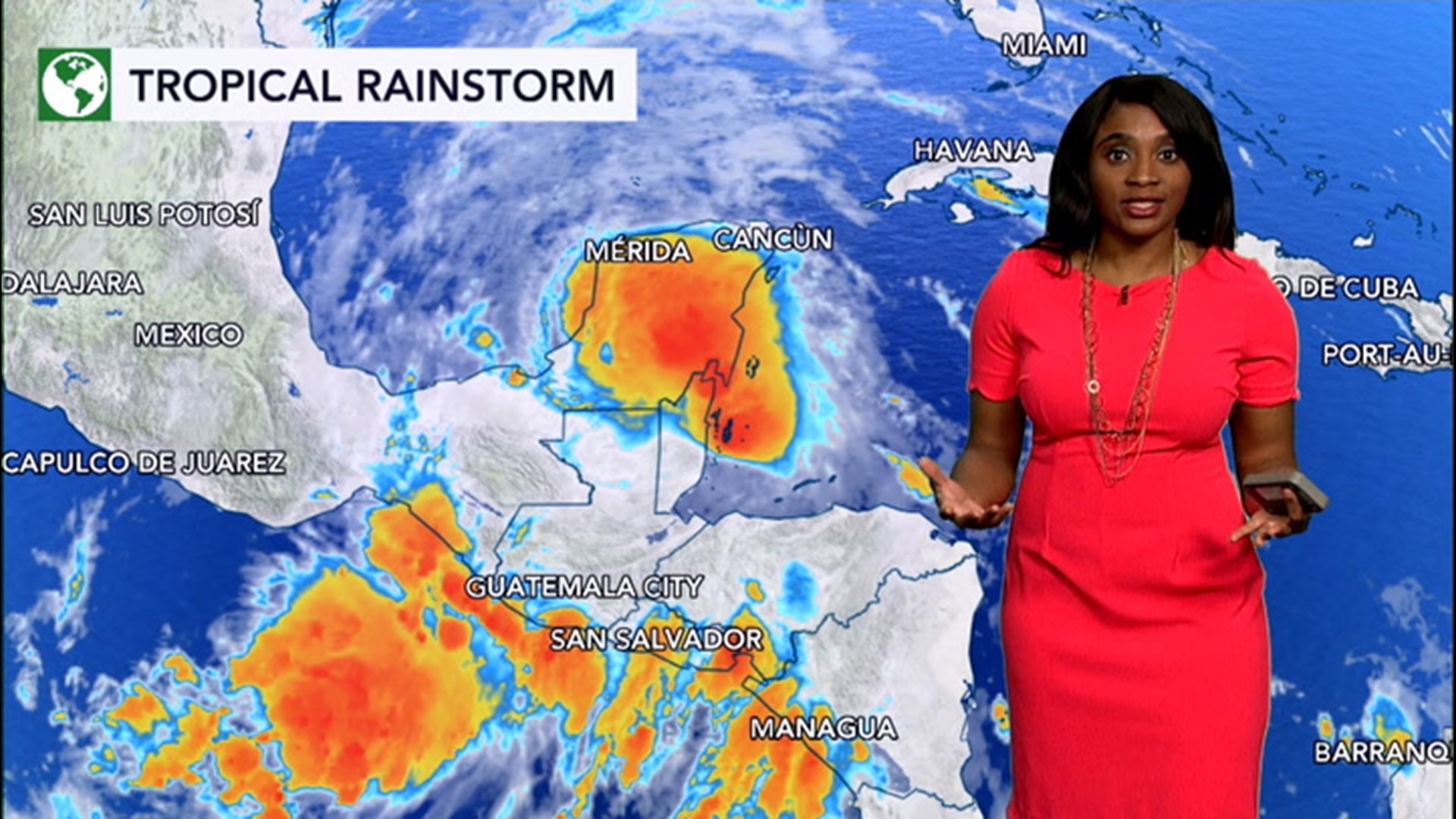 Today marks the official start of the Atlantic hurricane season, yet forecasters have already been busy for weeks monitoring multiple zones of disturbed weather. The season's third tropical storm could soon develop from a trouble spot in the southwestern Gulf of Mexico, and it could cause a new record to be set in the basin.

Two pre-season storms, Arthur and Bertha, formed in warm waters off the Southeast coast on May 16 and May 27, respectively, and Bertha slammed into South Carolina for an early-season landfall in the United States. And the next system may soon take shape in a different hotspot that has shown more signs of tropical activity.

"A tropical depression or storm could form along the coast of southeastern Mexico, over the Bay of Campeche, as early as Monday night or Tuesday," Dan Kottlowski, AccuWeather's top hurricane expert, said.

A system called the Central America gyre helped give birth to Tropical Storm Amanda over the eastern Pacific Ocean over the weekend. Amanda turned deadly after drifting inland over Central America and unleashing torrential rain, flooding and mudslides in El Salvador and Guatemala. Even though the system has weakened into a tropical rainstorm over land with a circulation barely recognizable by Monday morning, forecasters are growing more concerned about a second disturbance brewing. The gyre has the potential to spin off a second system, but this time on the Atlantic side in the region, perhaps by the middle of this week.

A gyre is a broad area of weak low pressure that rotates slowly. The Central America gyre often encompasses a thousand-mile-wide area. Since the pressure is lower and a circulation exists within the weather system, then tropical storms can easily develop within the bounds of a gyre.

"Since the old circulation from Amanda has completely broken up, any new system that forms on the Atlantic side would garner a brand new name based on the 2020 Atlantic hurricane season list," Kottlowski said. The next tropical storm to form in the Atlantic will be given the name Cristobal.

The water is plenty warm enough to support tropical development, and wind shear, or the shifting of winds with altitude and yet another factor that favors strengthening of any system that forms, is low over the southwestern Gulf of Mexico.

Should Cristobal develop prior to or on Thursday, June 4, it would be the earliest occurrence of three named systems in the Atlantic basin. The 2016 season holds the record for the earliest ever third tropical storm, and it was Tropical Storm Colin, which formed on June 5, that helped that year go down in the books.

June 12 is the second earliest date for a third tropical storm to generate in the basin, and forecasters say that record had stood since 1887.

"The most immediate concern is for torrential rainfall that can trigger life-threatening flooding and mudslides in southeastern Mexico, Belize and northern Guatemala much of this week," said AccuWeather Meteorologist Courtney Travis.

Rainfall spanning Monday to Thursday is forecast to average 200 to 400 millimeters (8-16 inches) with an AccuWeather Local StormMax™ of 500 millimeters (20 inches).

Rough surf is likely to become a concern for bathers in the region, and building seas can threaten boating and fishing interests in southeastern Mexico and Belize.

Steering currents are weak around Central America at this time, so a system that forms over the southwestern Gulf of Mexico may move very little into Thursday.

"The circulation around the gyre is accounting for most of the steering breezes at this time, so it is plausible that if a tropical depression or storm forms it could wander southward or westward and make landfall in Mexico at midweek," Kottlowski said.

This does not mean the United States is not at risk for impact and landfall from the tropical system. The atmosphere and weather systems are constantly changing. Ultimately, these changes will steer the tropical system in the long range.

"This new Atlantic basin feature may not move very far inland over Mexico, and it could maintain a circulation as a result," Kottlowski explained.

Southerly steering currents are likely to pick up over the Gulf of Mexico as a belt of blocking high pressure, currently extending from the central U.S. to the Bahamas, begins to weaken later this week and into the weekend.

These southerly breezes are likely to direct the tropical system northward, away from Mexico and into the central Gulf of Mexico later this week. How quickly and how far the tropical feature moves northward later this week to early next week may determine where it strikes land next.

"If it races northward, around the time the high pressure area is weakening, it may hit the central Gulf Coast, perhaps near Louisiana as early as Sunday afternoon or Sunday night," Kottlowski said. "If it is delayed, high pressure is forecast to rebuild over the central and southeastern U.S. this weekend, which could force the system toward Texas sometime early next week."

People in southern Mexico and the southern U.S. as well as petroleum interests in the Gulf of Mexico are urged to monitor the development and progress of this tropical system.

Even though the system may track into southern Mexico and weaken for a time, there is a significant chance that it could later move northward over the Gulf of Mexico where renewed strengthening could ensue before it could track toward the U.S.

The tropical threat comes at a time of civil unrest and the ongoing COVID-19 pandemic.

"It is too early to talk with certainty about the scope and nature of impacts from the tropical system on the U.S.," Kottlowski said.

Flooding over the Deep South is topping the list of early concerns due to the fact that the storm could slow its forward progress after moving into the U.S. next week, although the exact strength and track of the system is still unclear this far out.

AccuWeather's long-range forecasters led by Senior Meteorologist Paul Pastelok expressed concern for a possible June Gulf of Mexico tropical threat in their initial late-winter seasonal outlook. The team issued an update to the hurricane season outlook in early May as concerns grew for a "very active" season. In the May 6 update, Kottlowski warned that the Atlantic could spawn 14 to 20 tropical storms and seven to 11 hurricanes, four to six of which could strengthen further into major hurricanes -- Category 3 or higher.