Summer arrives late Sunday night! But what is the summer solstice, actually?

It's often referred to as the longest day of the year, but what exactly is the summer solstice? 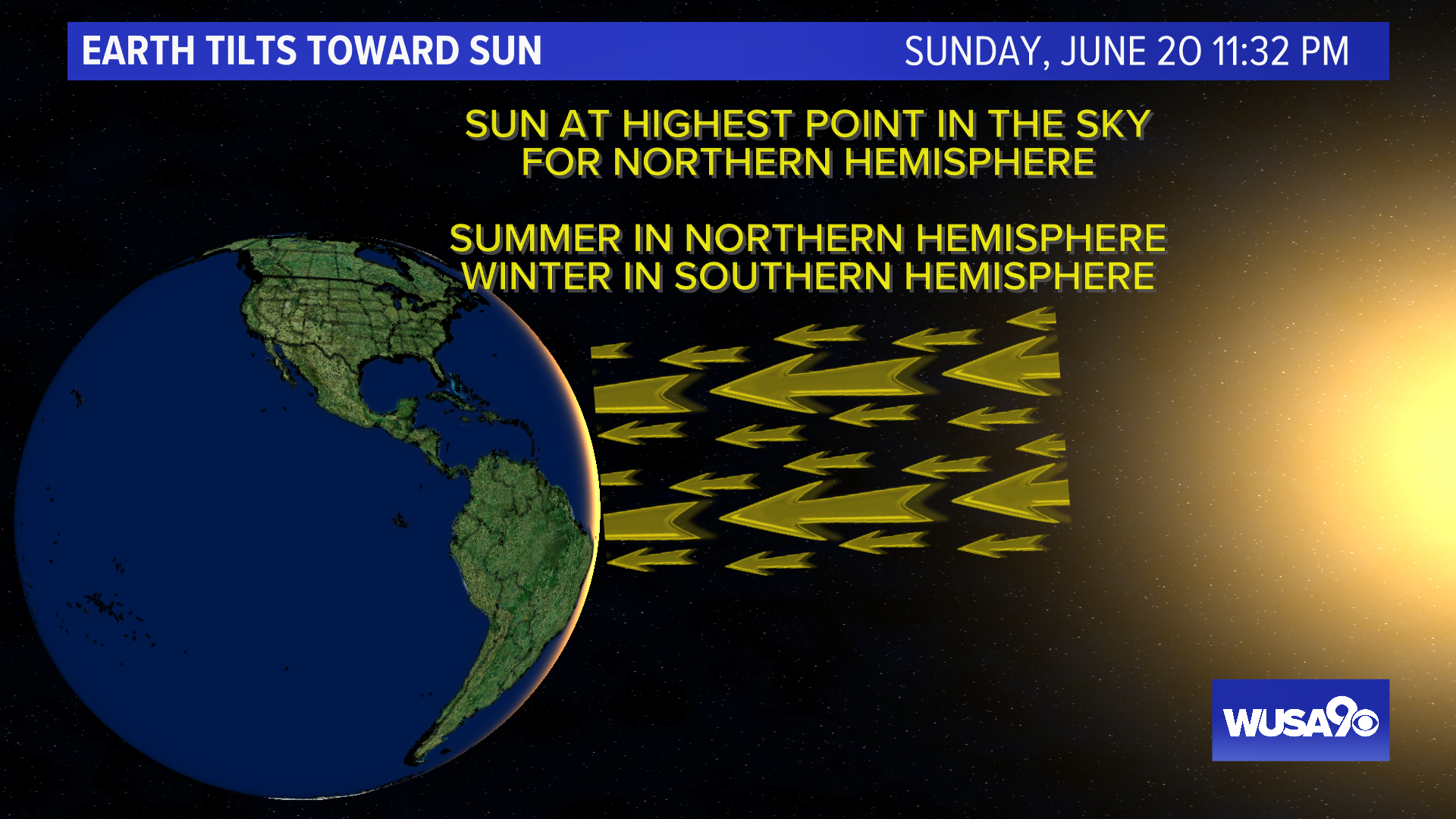 Summer solstice means ‘sun standstill’. The earth tilts on its axis changing the angle of the sun overhead creating an apparent migration of the sun northward in spring and summer. At the beginning of spring, the sun is directly over the equator resulting in equal day and night for both hemispheres. The summer solstice marks the farthest northerly point the sun reaches before moving southward until the winter solstice.

As the earth tilts, the sun appears to have a northward migration in the sky after the winter solstice and ending upon the summer solstice, which means "summer standstill." We have already lost a minute on sunrise since June 18 (from 5:42 a.m. to 5:43 a.m.) but the sunset will remain at 8:37 p.m. until July 6.

Average daily temperatures gradually fall after that for the remainder of the summer and fall as the amount of daylight gradually decreases.