Portions of Hampton Roads clean up after Wednesday's storm 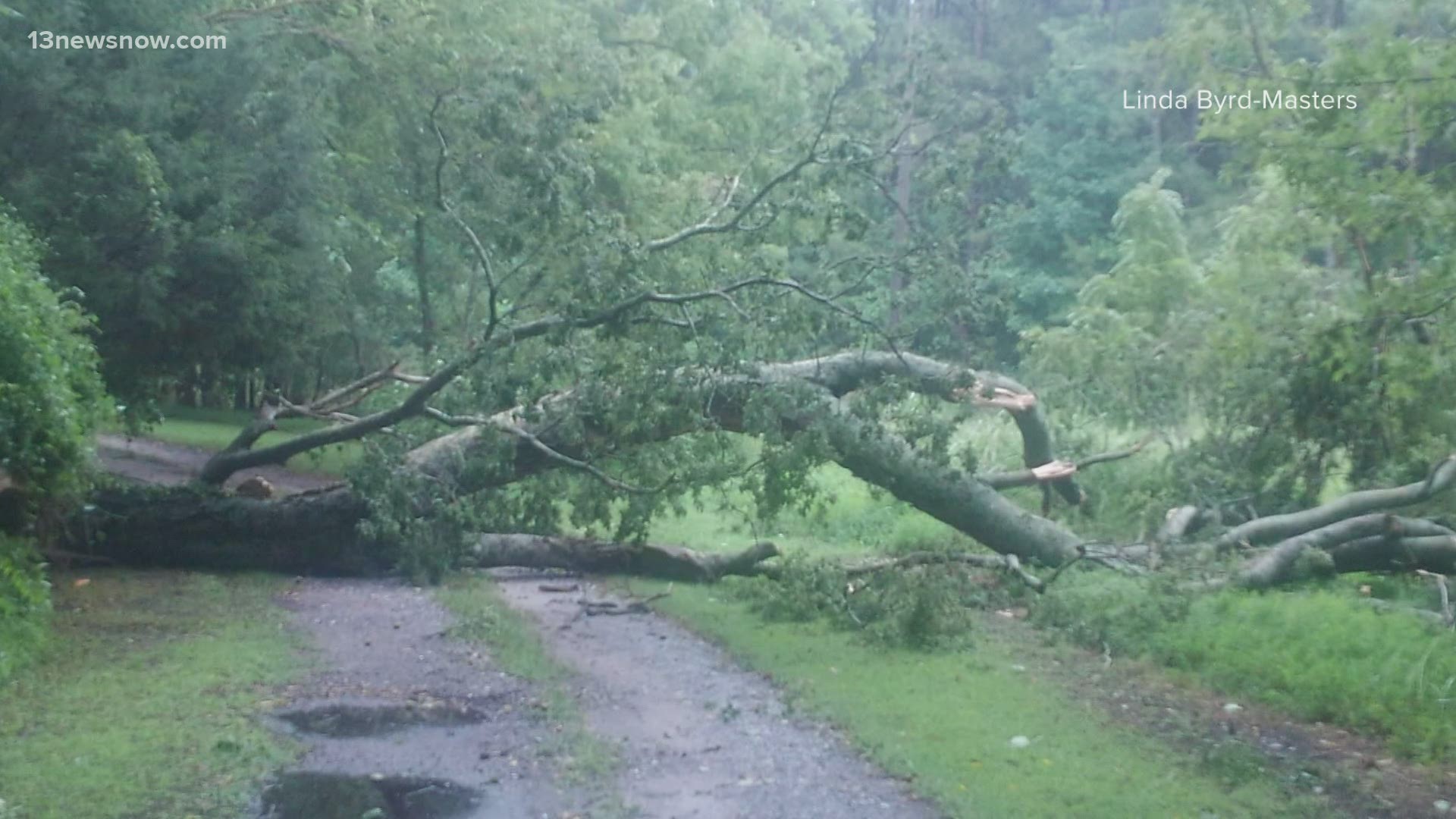 The damage left behind, while not widespread, is a reality for some homeowners in Hampton Roads.

“We just looked out the window and had seen that it looked like it had exploded," said Vickie Smith, when asked about the downed tree in her yard. Smith and her family in the Beaconsdale neighborhood of Newport News face the aftermath of a thunderstorm Wednesday afternoon.

“We were expecting it. We didn’t expect it to last as long as it did," she said, adding she definitely did not expect it to cause as much damage as it did.

“So now, we’re just going through the process, insurance companies, contractors, what have you," said Smith.

SURVEYING STORM DAMAGE: While it might be dry and hot outside now, this home in Newport News is dealing with a downed tree following a storm this afternoon. We’re in the Beaconsdale neighborhood for reference.

Crews are now arriving to clean up. @13NewsNow #13NewsNow pic.twitter.com/NokkzgC7Lf

The tree fell on a power line connected to the Smiths’ home. They only have power now, thanks to a generator.

“It was, because that tree’s been there, like, my whole life," she said.

“Yeah, a lot of the trees usually fall on the back road. But this is the first time I’ve ever seen a tree fall on this road," said Craig.

The storm also snapped a massive tree in Suffolk. Viewer Linda Byrd-Masters took photos and sent them to us from the Hobson area. She texted us saying it took hours for her husband and a neighbor to make a path through the mess.

We also got reports of trees down in Hampton and Chesapeake. Thankfully though, no reports of anyone hurt.

TEXT US: If you see any storm damage in your area, send us pictures at 757-628-6200. You could see them on air! Just let us know who took the picture and where.