The hurricane slammed into the islands as a category five storm, destroying homes. 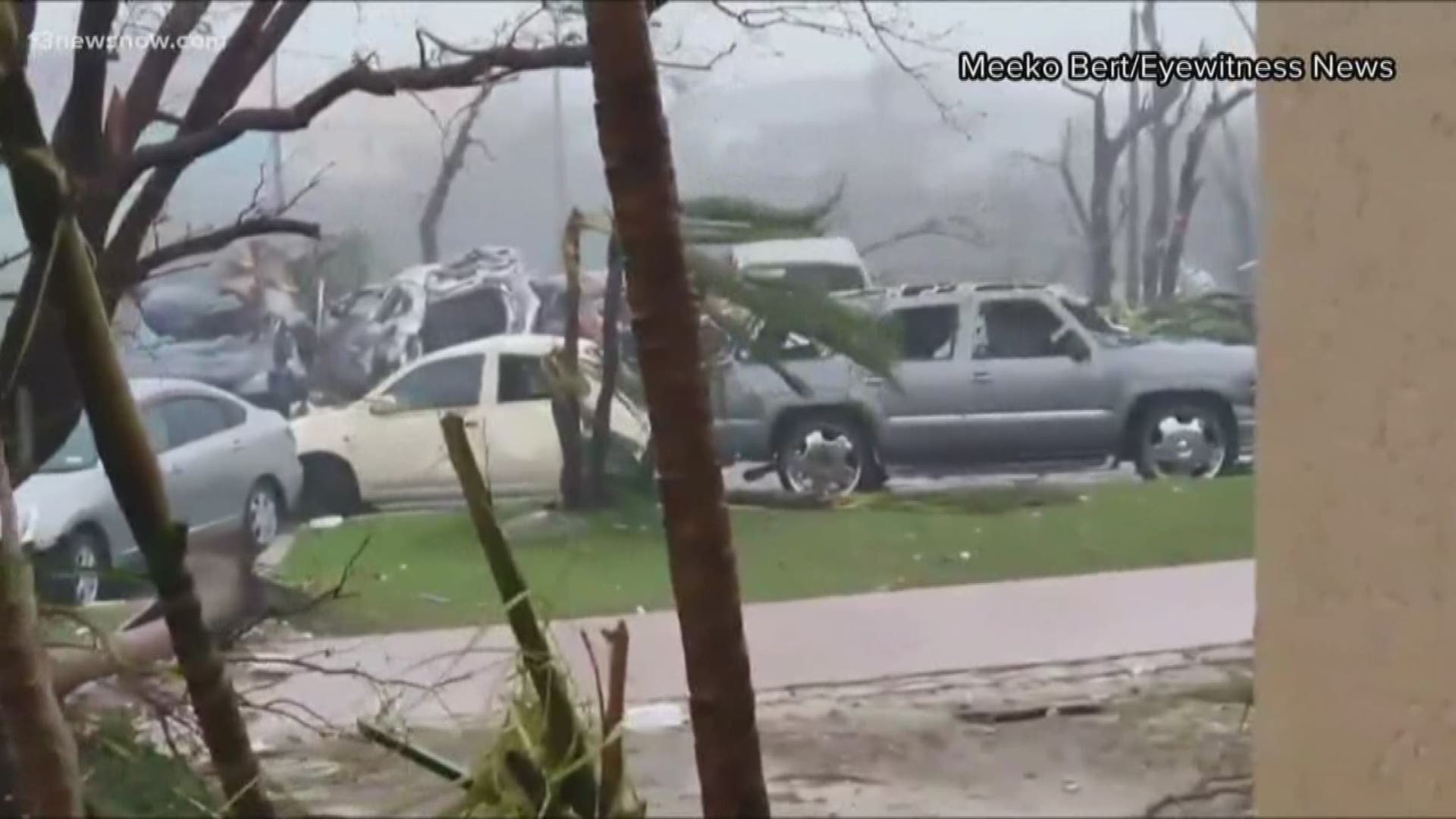 FREEPORT, The Bahamas — There is widespread devastation across the Abaco Islands and Grand Bahama after hurricane Dorian slammed into The Bahamas as a category five storm.

Utility poles and trees are down, streets are flooded, and buildings are destroyed.

Bahamian journalist Kyle Walkine is in Freeport, Grand Bahama. He said flooding is a major concern as a lot of the islands have low-lying areas, and Dorian is bringing torrential rain and strong storm surge.

“There are people in East Grand Bahama and West End who are dealing with extensive flooding - flooding up to their roofs," he said. "People having to run up to the second story of their homes. We’re getting reports of people standing on their kitchen counters, putting their kids in kitchen cupboards.”

Monday morning, the storm was churning over Grand Bahama as a category four hurricane.

“The scariest part is, this storm is just sitting over the island, it’s moving very slowly," Walkine said. "One or two miles per hour so people are concerned about how much longer it’s going to linger around and how much flooding is going to happen.”

Some homes in Abaco and Grand Bahama are completely submerged underwater while others remain under the threat of rising water.

Electricity and cell phone service is out across settlements on those islands.

“I’ve been trying to reach some friends of mine on the island and the cell phones are just going straight to voicemail. I haven’t been able to reach anybody yet in Abaco,” Nassau resident Phil Brown said. “You know how we Bahamians go, we tend to try to ride stuff out but with a category five hurricane coming in from the ocean with the full force, there’s nothing much anybody could do.”

The government order evacuations for low-lying areas, but many people chose to not seek higher ground.

Former government press secretary Latrae Rahming said: "Some persons stayed on the cays [in Abaco] so we could only hope they fared okay.”

Bahamian Prime Minister Dr. Hubert Minnis said on Twitter, the devastation in Abaco is "unprecedented" and Grand Bahamians are still feeling the impact of Dorian.

He said, "The focus for the government right now is rescue, recovery, and prayer."

Walkine said residents of the archipelago are still waiting for the storm to pass over so recovery efforts can begin.

“Abaco really got the brunt of Dorian. It’s devastating. You can’t even put it into words," he said. "A lot of people had to find shelter overnight because they went through that storm during the day and then into the night. Can you imagine running around in the dark trying to figure out where you’re going? Your home has been destroyed.”

He added: “It’s really just a nightmare for a lot of people."