The Virginia Department of Emergency Management says now's the time to prepare. Dominion Energy crews are gearing up for the active season. 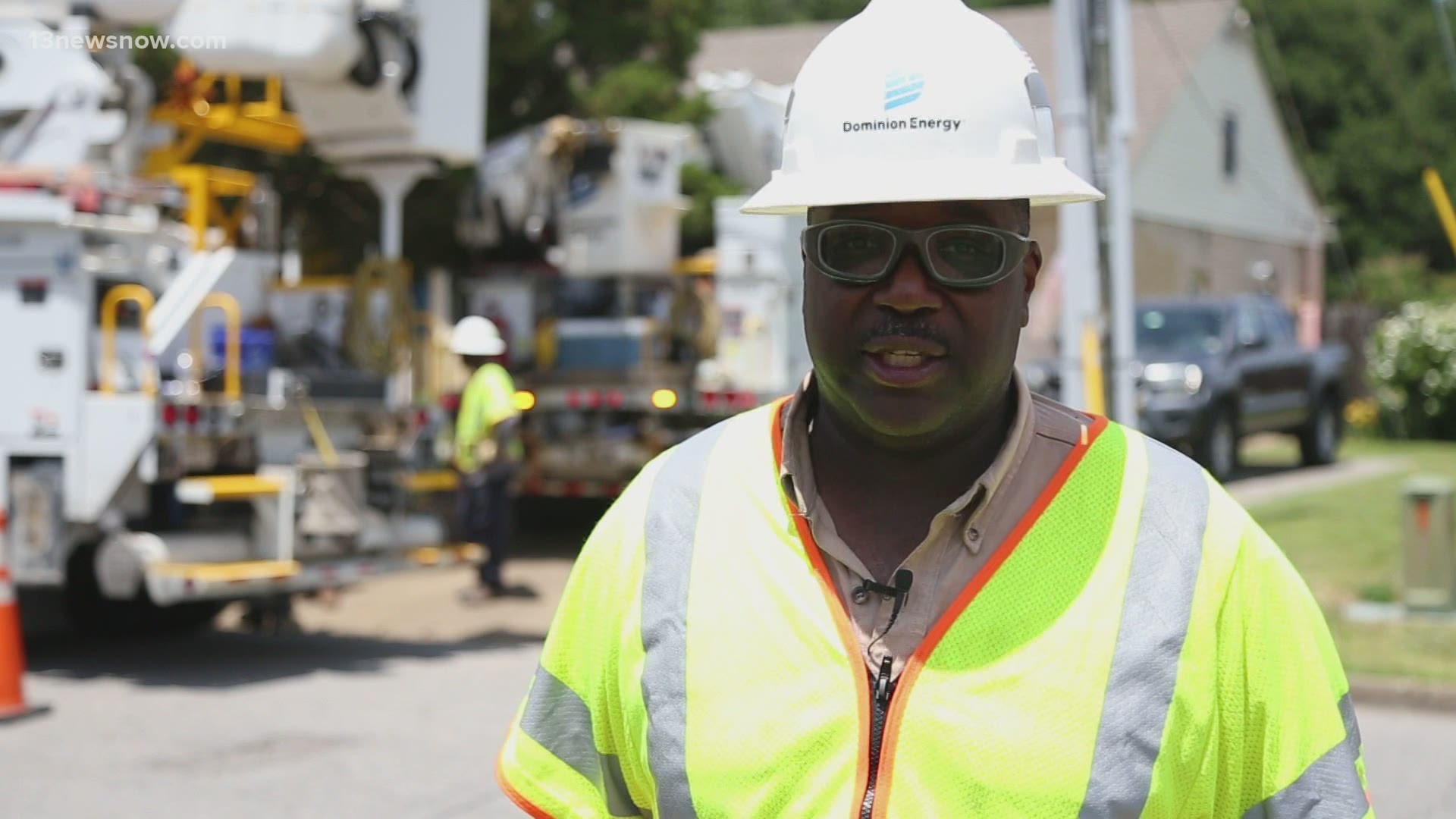 VIRGINIA BEACH, Va. — We’ve officially reached the start of the Atlantic hurricane season. It runs from June 1 through the end of November, and it’s never too early to prepare.

Erin Sutton, Chief Deputy State Coordinator with the Virginia Department of Emergency Management said now’s the time for people to put their plans in place.

“For us, it only takes one storm,” said Sutton. “We wanna make sure folks are preparing now… making sure they’re making a plan, which includes knowing your zone, that they’re putting their kits together and that they’re staying informed.”

According to the National Oceanic and Atmospheric Administration, last year was the busiest Atlantic hurricane season on record.

Forecasters are predicting a 60 percent chance of an above-normal season in 2021, with the potential for 13-20 named storms. Between six to 10 of the anticipated storms could become hurricanes.

Even then, forecasters predict the 2021 season won’t be as bad as last year’s.

“We prepare for the worst-case scenario. Last year was a very active season, while we didn’t have a direct strike, we had a lot of flooding and tornadoes,” said Sutton.

All across Hampton Roads, Dominion Energy crews are busy as they work ahead on some maintenance work before the potential storms arrive. On Wednesday, Sean Jones, Dominion Energy’s lead lineman in Virginia Beach, was working on a project in Kempsville.

“We’d rather keep up-to-date that way when the storms come through, it’ll be less work for us to do, and at the same time, we’ll get the lights back on a little bit faster,” said Jones. “We’re ready.”

As you prepare your hurricane kit, make sure you have a flashlight with extra batteries, a radio in case you lose power, and a fire extinguisher.

You should prepare your home. Ahead of a storm, bring in anything that the wind could pick up, like patio furniture, grills, bikes, and plants. You should also trim branches and trees and secure or reinforce your windows and doors.

For more information on how to prepare, just view our 13News Now Hurricane Guide.