The first named storm of the 2019 Atlantic Hurricane Season has formed, but will not be a threat to the United States. 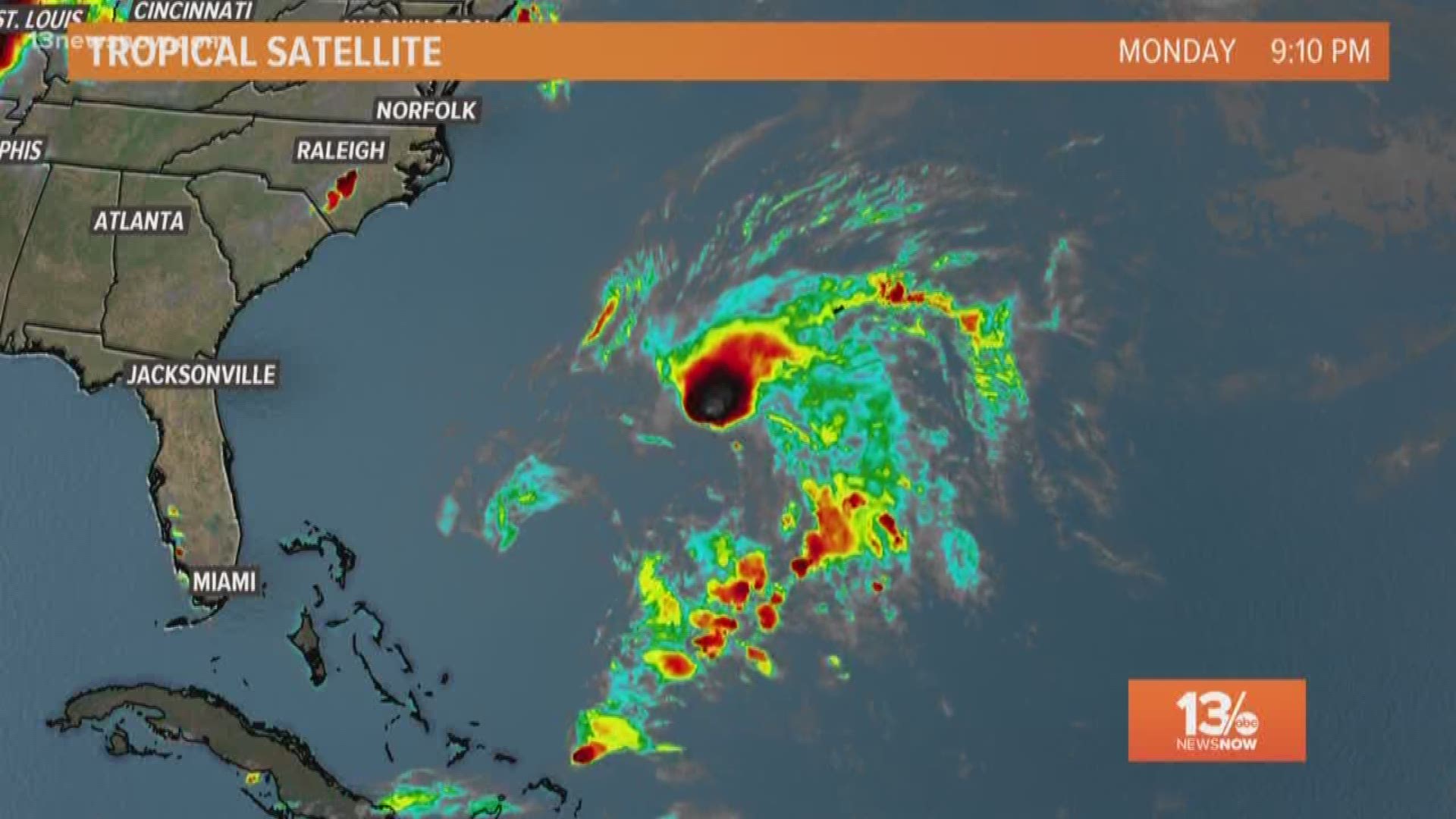 MIAMI — Subtropical storm Andrea, the first named storm of the Atlantic season, is maintaining a northward motion over the western Atlantic but meteorologists say it is expected to weaken late Tuesday and dissipate on Wednesday.

The National Hurricane Center on Tuesday morning said that Andrea was about 295 miles (475 kilometers) west southwest of Bermuda with maximum sustained winds of about 40 mph (64 kph). The center says the storm is moving northward at 6 mph (22 kph). It is likely to turn northeastward later Tuesday. The center of Andrea is expected to remain southwest and south of Bermuda in the next day or two.

Although there are no coastal watches or warnings in effect, the Miami-based center says people in Bermuda should monitor the storm's progress for the next few days.