The closest to North America is located north of Cuba and southeast of Florida.

The tropical wave continues to produce disorganized showers and thunderstorms over parts of south Florida to the Bahamas.

This disturbance is forecast to move northward over the next day or two, producing heavy rainfall over portions of the Bahamas and Florida.

As this system interacts with a cold front and accelerates northeastward this weekend, tropical development is currently not expected over the next 2-5 days.

A tropical wave located over the eastern tropical Atlantic Ocean continues to produce a broad area of disorganized showers and thunderstorms a few hundred miles south-southwest of the Cabo Verde Islands.

No significant development of this system is expected for the next few days while it moves west-northwestward at about 15 mph. A tropical depression could form over the weekend several hundred miles east of the Lesser Antilles. 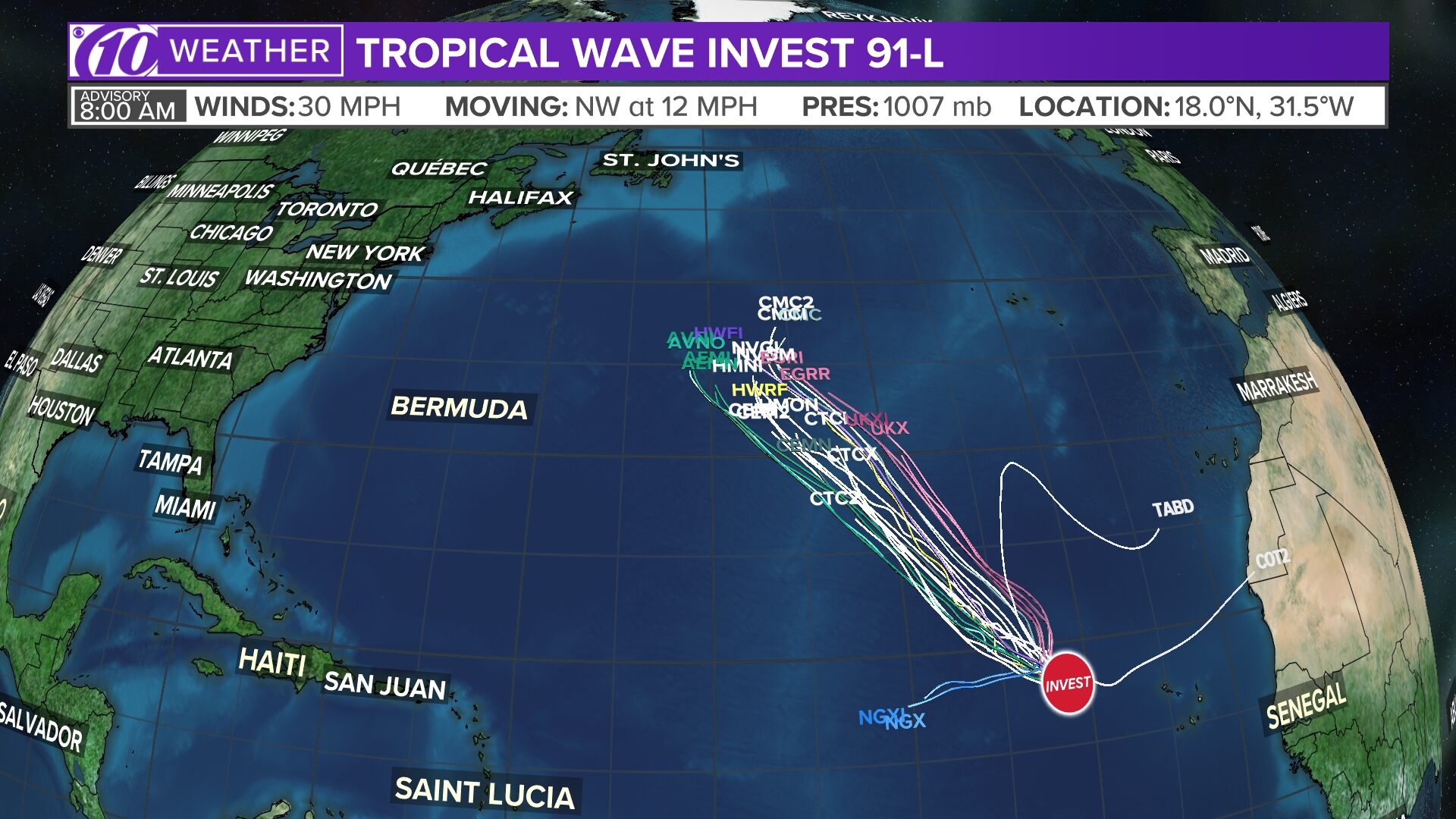 Should anything happen with these tropical waves, they remain at least several days out. 10News meteorologists will keep an eye on it. You should, too, and make sure you're ready for hurricane season by preparing a kit.

Build your hurricane hit, be prepared: 10News is your Hurricane Headquarters