Hurricane Iota becomes the first Category 5 of the season

The storm is the sixth major hurricane of the 2020 Atlantic season. 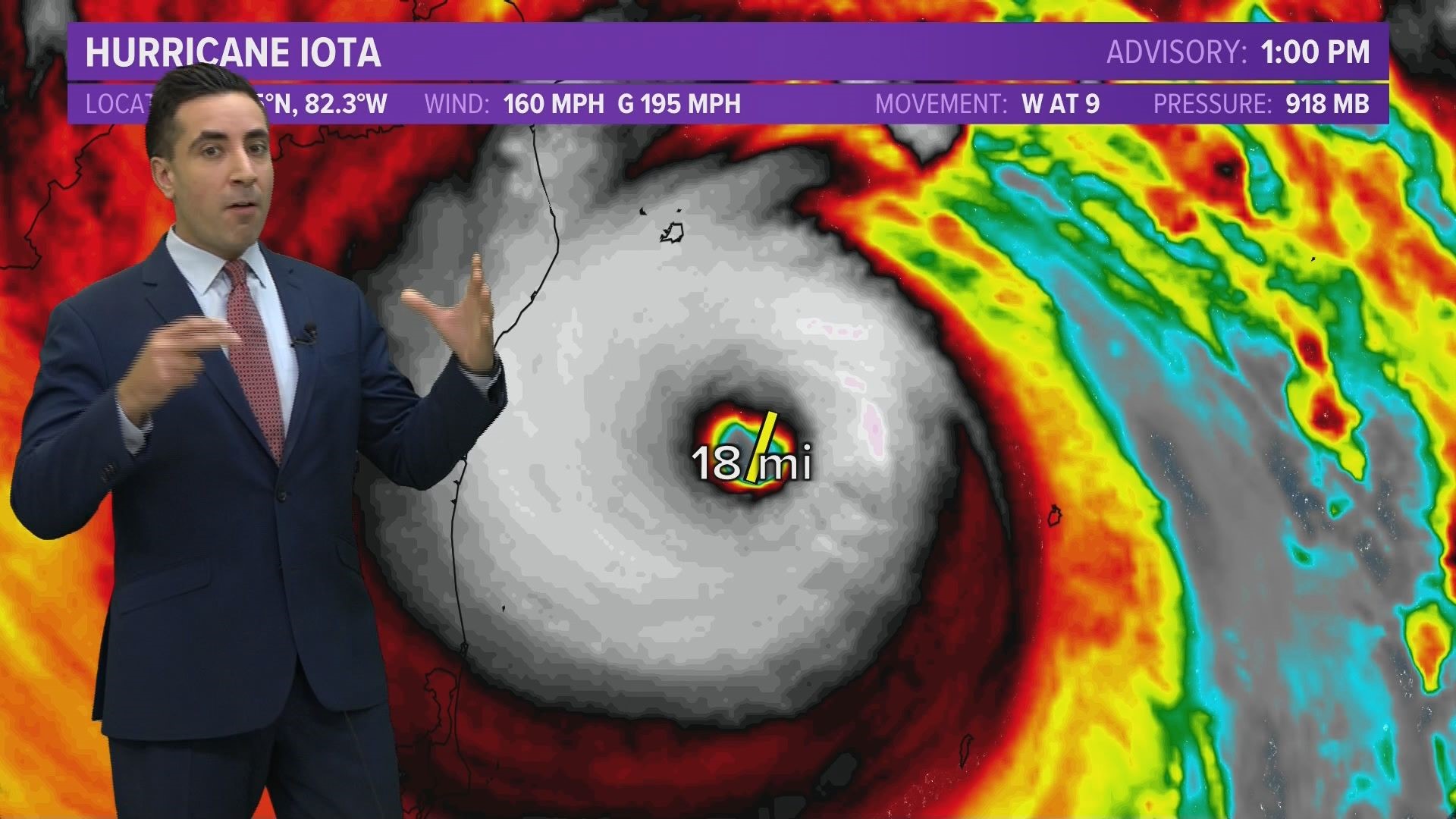 Monday afternoon, the hurricane was still a Category 5 storm. Iota had winds sustained winds of 160 mph. It was moving west at 9 mph.

Hurricane warnings are in effect for Providencia, the coast of Nicaragua from the Honduras and Nicaragua border to Sandy Bay Sirpi.

The hurricane warning also includes the coast of northeastern Honduras from Punta Patuca to the Honduras and Nicaragua border.

A tropical storm warning is in effect for San Andres, the coast of Nicaragua from south of Sandy Bay Sirpi to the Bluefields.

Iota is expected to remain a catastrophic Category 5 hurricane when it approaches the coast of Nicaragua tonight.

Extreme winds and a life-threatening storm surge are expected along portions of the coast of northeastern Nicaragua, where a hurricane warning is in effect.

Through Thursday, heavy rainfall from Iota will likely lead to life-threatening flash flooding and river flooding across portions of Central America.

Flooding and mudslides in Honduras and Nicaragua could be exacerbated by Hurricane Eta’s recent effects there, resulting in significant to potentially catastrophic impacts.

According to the National Hurricane Center, this is a catastrophic situation unfolding for northeastern Nicaragua with an extreme storm surge of 15-20 feet.

Iota is expected to bring destructive winds and potentially 30 inches of rainfall. To make things worse, it should make landfall in almost the exact same location that Category 4 Hurricane Eta did about two weeks ago.

Elsewhere in the Tropics:

A new area of low pressure could form in a few days over the central or southwestern Caribbean Sea.

Some gradual development could occur late this week while the system moves slowly westward across the southwestern Caribbean Sea.

The NHC gives this area a 40% chance of further development over the next five days.

RELATED: Hurricanes stay stronger longer after landfall than in past, study says