VDOT crews are ready for hurricane season. Are you?

Hurricane season officially starts June 1. VDOT and the Virginia Department of Emergency Management are urging you to start preparing now. 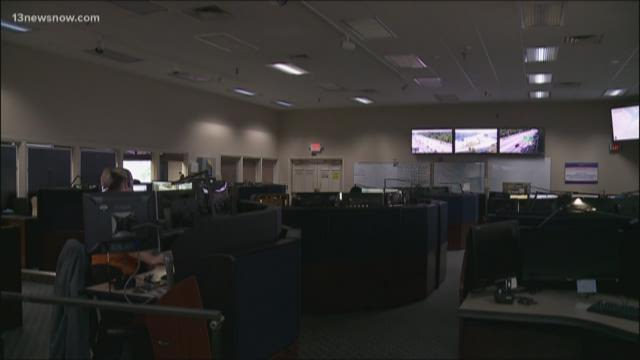 VIRGINIA BEACH, Va. — Even on a hot, sunny day, emergency crews have begun urging people to start preparing for the upcoming hurricane season.

Jeff Caldwell, the Director of External Affairs for VDEM, said their goal now is to make sure the public is ready, too.

“We’ve been very lucky here over the past few decades and have not had a direct hit from a hurricane,” said Caldwell. “It's a matter of when -- not if -- we are going to see a major storm. It might be this year, 10 years down the road... but our region needs to be prepared ahead of this storm.”

Caldwell said now is the time for people to get flood insurance in order to be protected before a hurricane. It usually takes about 30 days to be fully insured. Having an emergency kit, knowing which zone you’re in, and having an evacuation plan in place are ways in which you should begin to prepare.

In an effort to mitigate the confusion, this year, VDEM rolled out a new and improved website.

With eyes on the roads and equipment in place, VDOT crews said they're fully prepared for what the upcoming hurricane season may bring.

Bill Collier, the Director of Interstate Management for VDOT said between now and June 1, VDOT crews will do one last check to make sure drains and pipes along the interstate are clear and evacuation routes are safe.

Peak hurricane season isn't until September, but last week, we already had our first named subtropical storm with Andrea.

“Start thinking now, on a sunny blue sky day, what will happen when one of these storms approaches,” said Caldwell.

As you prepare, crews at VDOT’s Emergency Operations Center will stand by ready to assist if you need help on the road.

For more information on how to prepare ahead of hurricane season, visit our 13News Now Hurricane Guide.