Here are the 2021 Hurricane names for the Atlantic Basin

The 21 names on the list are recycled every six years. Here's a look at the names. 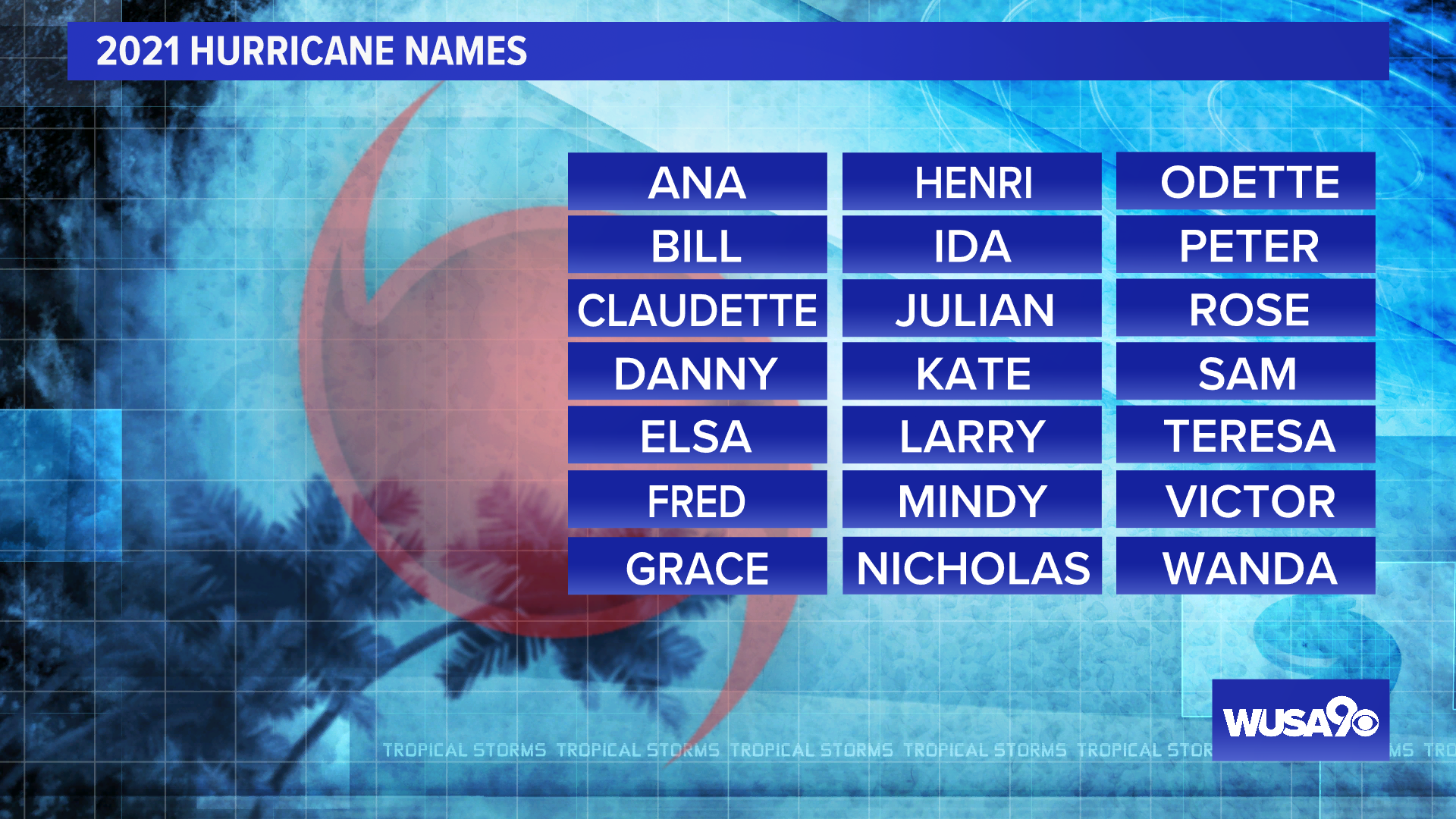 WASHINGTON — The 2021 Atlantic hurricane season starts June 1. Here's a look at the names of the storms this year.

Where do the names come from?

Hurricanes have been named since the 1950s. The names are maintained and updated by the World Meteorological Organization, through a strict procedure.

The list below is reused every six years. For example, the 2021 list of names will be used again in 2027. Some names do get retired if the storm is particularly deadly or costly.

Some retired names include Katrina, Harvey, Betsey, Dorian and Laura.

One change this year is that if the season is so busy that the list of names runs out, forecasters will no longer use the Greek Alphabet.

Here are the 2021 hurricane names:

Also, starting this year, if there are more than 21 Atlantic storms, the next storms will come from a new supplemental list.

For the Atlantic Basin, those names include:

There's a new backup list for the Eastern Pacific that runs from Aidan and Bruna to Zoe.

A special World Meteorological Organization committee in March of 2021, ended the use of Greek letters when the Atlantic runs out of the 21 names for the year. Committee members said the practice was confusing and put too much focus on the Greek letter and not on the dangerous storm it represented. Also in 2020, the names Zeta, Eta and Theta sounded so similar that it caused problems.

The Greek alphabet had only been used twice in 2005 and nine times in 2020 during a record-shattering hurricane season.