Nothing is currently a threat to the United States. Low pressure will drift into the Bay of Campeche this week. It may send rain to the Gulf Coast next weekend. 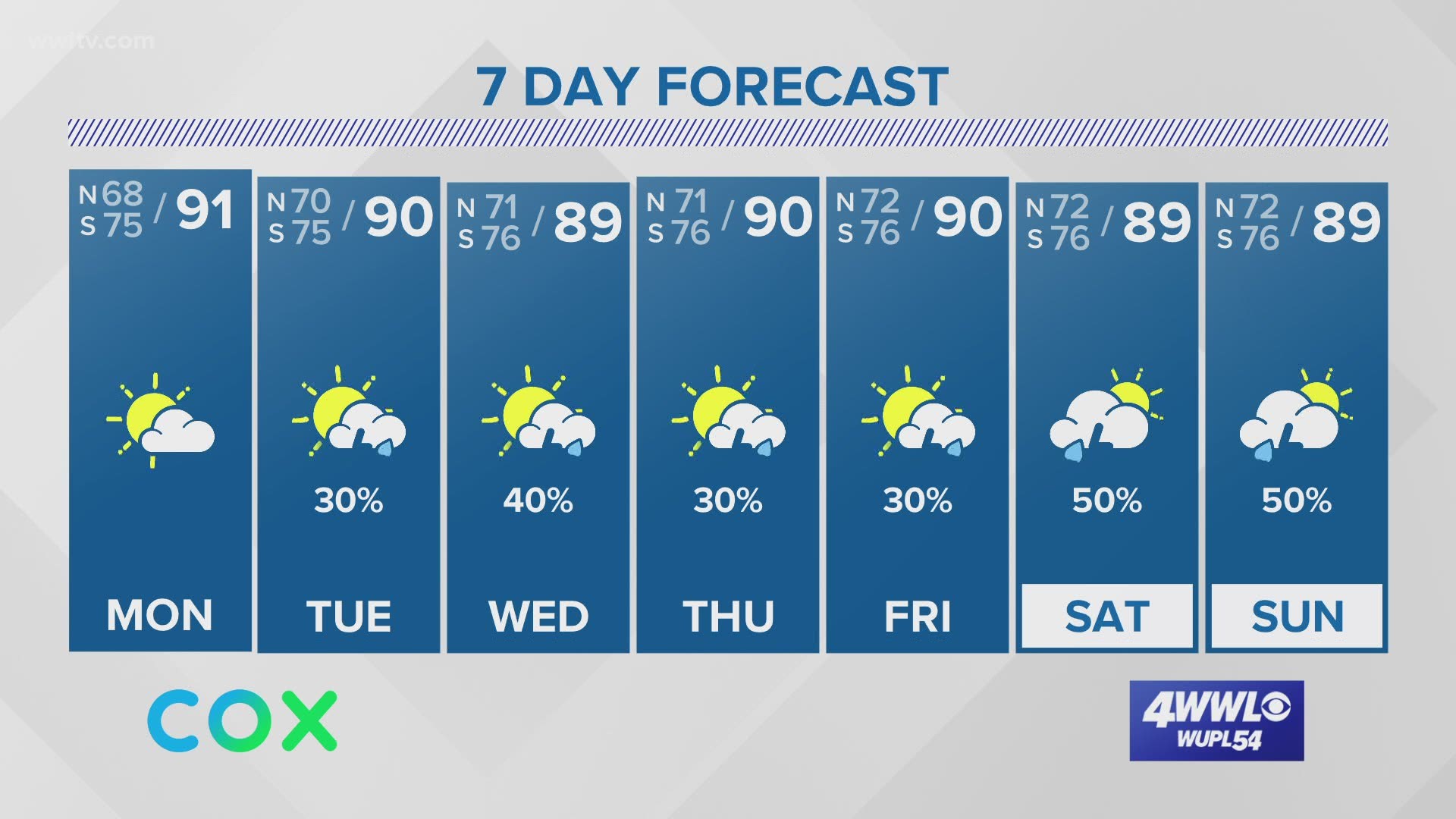 NEW ORLEANS — We will be watching the southern Gulf this week for some low pressure to emerge and possibly develop into a depression. The National Hurricane Center has a medium chance of development through Friday.

This is associated with what was Tropical Storm Amanda in the eastern Pacific near Guatemala. The much weaker remnants of that storm are now moving north over Central America. This general low pressure area is what may eventually emerge over the Bay of Campeche this week.

Models suggest the low pressure system could drift farther north into the Gulf of Mexico late this week.

This could send rain to parts of the Gulf Coast by the weekend into early next week - but it is too early to determine specifics.

A couple of things to note:

- The development of this will be slow over the next few days, so we have time to monitor it.

- If the system does develop wind shear could keep it rather messy. This means it could turn into a rain maker. In these setups the impacts from the storm would be felt far away from the center.

Of course we'll watch things closely this week and will have updates coming frequently.

Remember, it's the time of year to start seeing some activity flare up in the Caribbean and Gulf, so this would not be anything too unusual.

Check back for updates.