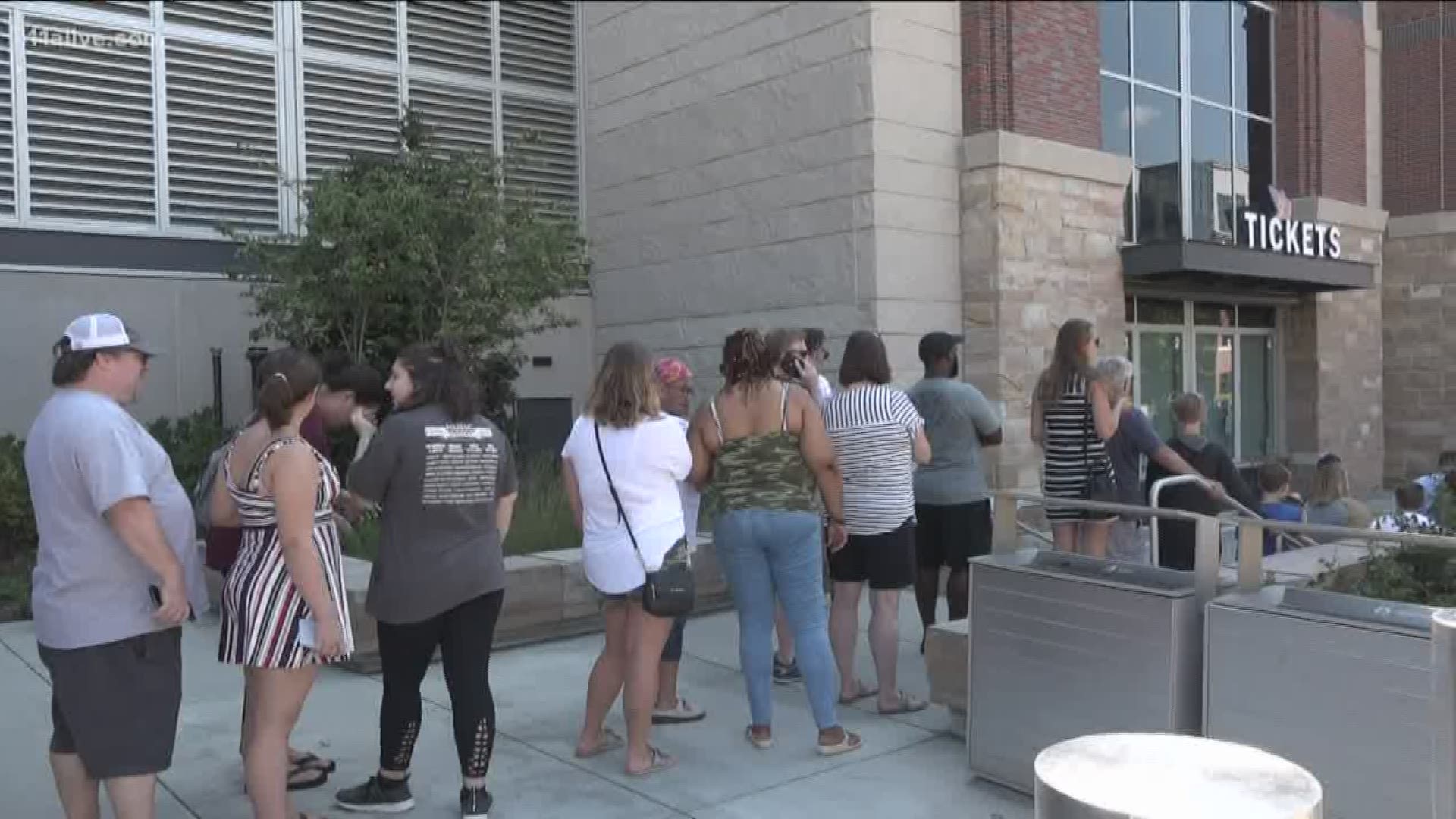 A spokesperson for the team told 11Alive they gave out more than 7,000 free tickets to hurricane evacuees over the last two games - roughly 3,100 on Tuesday's game against the Toronto Blue Jays and 4,100 on Thursday night's match-up with the Washington Nationals.

The Braves said there were roughly 28,800 fans in attendance, total, Thursday night.

The tickets were all free for to all residents of coastal Florida, Georgia, South Carolina and North Carolina who were displaced because of mandatory evacuations for Hurricane Dorian.

“We welcome those who have been evacuated from their homes and we hope we can take their minds off the storm for a few hours,” said Derek Schiller, Braves President and CEO, before the storm hit. “Our thoughts and prayers are with all those who are impacted.”

The Atlanta Braves won again on Thursday night against the Nationals, the team's 11th straight win at SunTrust Park, giving the Braves their longest home winning streak since the 2000 team won 12 in a row.

'He's the Brave of all Braves': Bobby Cox welcomed back to first game after stroke