Tropical Depression Three forms over the southwest Gulf of Mexico

Nothing is currently a threat to the United States. The depression will likely linger in the southern Gulf for most of this week. 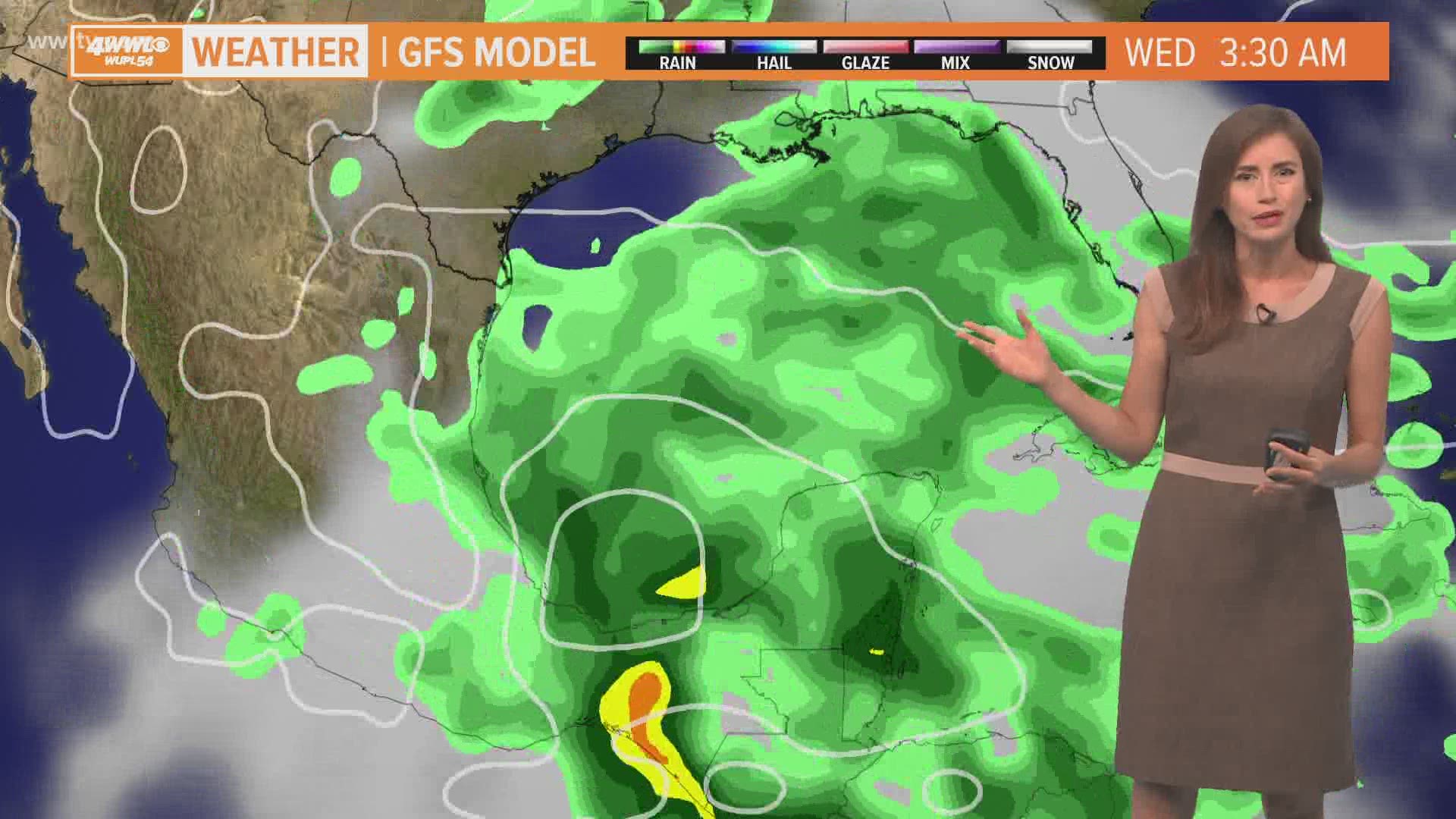 NEW ORLEANS — Tropical Depression Three formed over the southwestern Gulf of Mexico on Monday afternoon. It is forecast to linger in the extreme southern Gulf through Friday. It may then drift northward into the central Gulf where it could strengthen to become Tropical Storm Cristobal this weekend.

Models show very different forecasts for where it will ultimately go, from south Mexico to Louisiana.

There is still a lot of uncertainty, but right now, it looks like this system may eventually send some rain to our part of the Gulf Coast from Sunday into early next week.

We will be watching it closely all week and will have many updates.

A couple of things to note:

- Any changes in strength and location will be slow over the next few days, so we have time to monitor it.

- Wind shear could keep it messy. This means it would be mainly a rain maker. In these setups the impacts from the storm would be felt far away from the center.

Remember, it's the time of year to start seeing some activity flare up in the Caribbean and Gulf, so this would not be anything too unusual.

Check back for updates.