The 2020 hurricane season was expected to be a very active season, and it was. 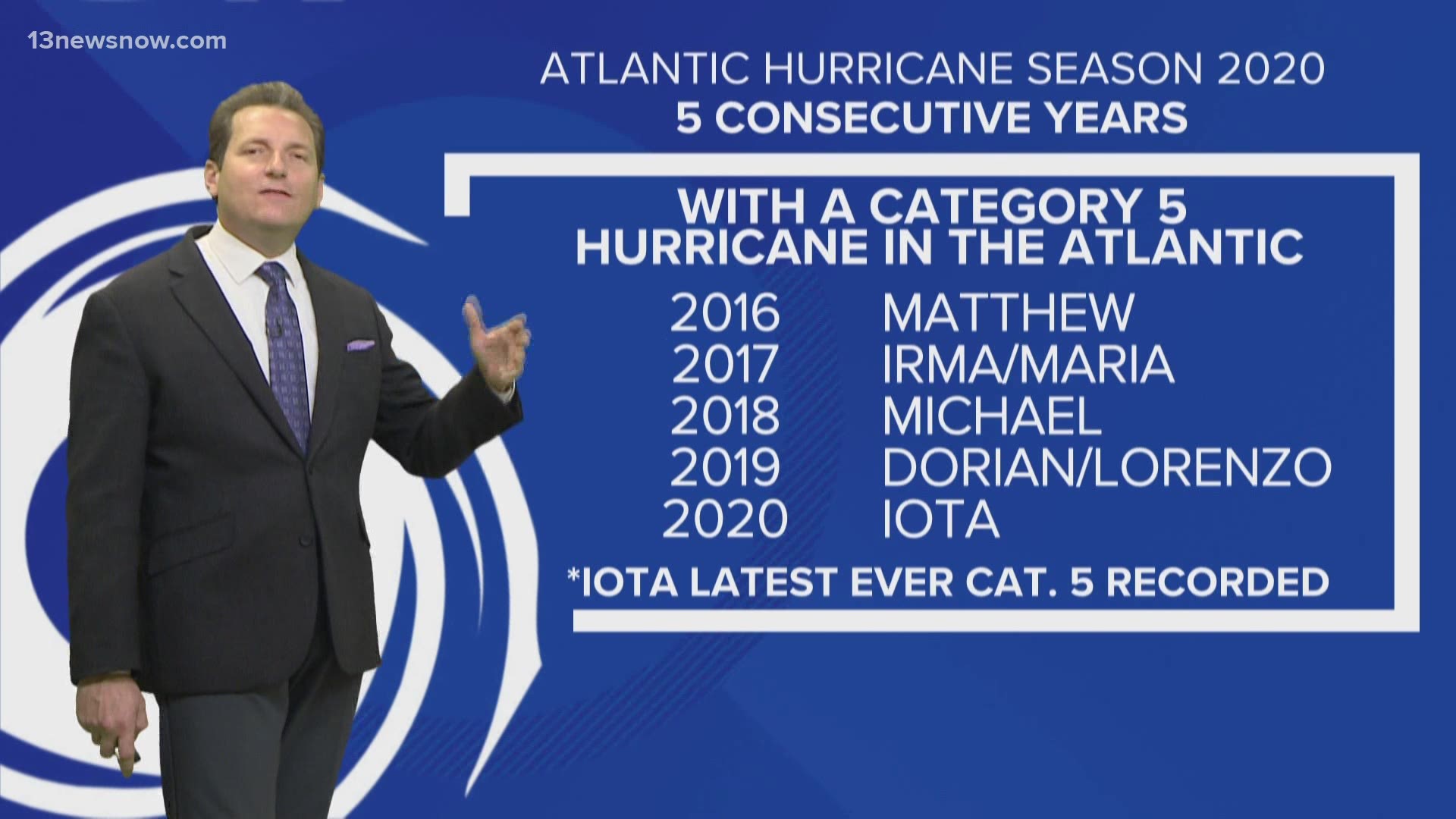 NEW ORLEANS — The record-breaking 2020 hurricane season officially ends on Monday, Nov. 30. While you can breathe some sigh of relief, don’t let your guard down too quickly because tropical storms can still form after the season’s “end date.”

The 2020 hurricane season was expected to be a very active season, and it was. This season broke a lot of records including the first season with 30 named storms which broke the old record of 28 set back during the impressive 2005 season. (As of writing this we are also watching an area of low pressure off the coast of Portugal that could become Tropical Storm Kappa - the 31st named storm of the season.)

For the second time in history, the National Hurricane Center had to use the Greek alphabet for storm names. One of those storms, Hurricane Iota, became the latest forming Category 5 hurricane on record to form in the Atlantic on Nov. 16, breaking a record from 1932.

Another broken record: the most named storms that made landfall in the United States. This season’s number of 12 shatters the old record of 9 named storms set back in 1916.

Hurricane Laura tied as the strongest hurricane to ever make landfall in Louisiana with 150 mph maximum sustained winds at landfall.

Forecasters expected this season to be active, but the final totals were still higher than many forecasts before the season. A La Nina global weather pattern developed and when this occurs we have active hurricane seasons. This leads to weak wind shear across the tropical Atlantic basin.

There was also a warm phase of the Atlantic Multi-Decadal Oscillation (warmer than normal Atlantic water temperatures) that led to stronger and longer-lasting storms.

Lastly, there was a stronger than normal west African Monsoon. This led to stronger tropical waves coming off Africa and moving across the tropics.

► Track the tropics, live updates from Your Local Weather Experts delivered directly to you throughout hurricane season by downloading the FREE WWL-TV News app now in the IOS App Store or Google Play.