Tropical Storm Josephine is expected to form Wednesday in Atlantic

Josephine could develop today, but at the moment, doesn't appear to threaten land. 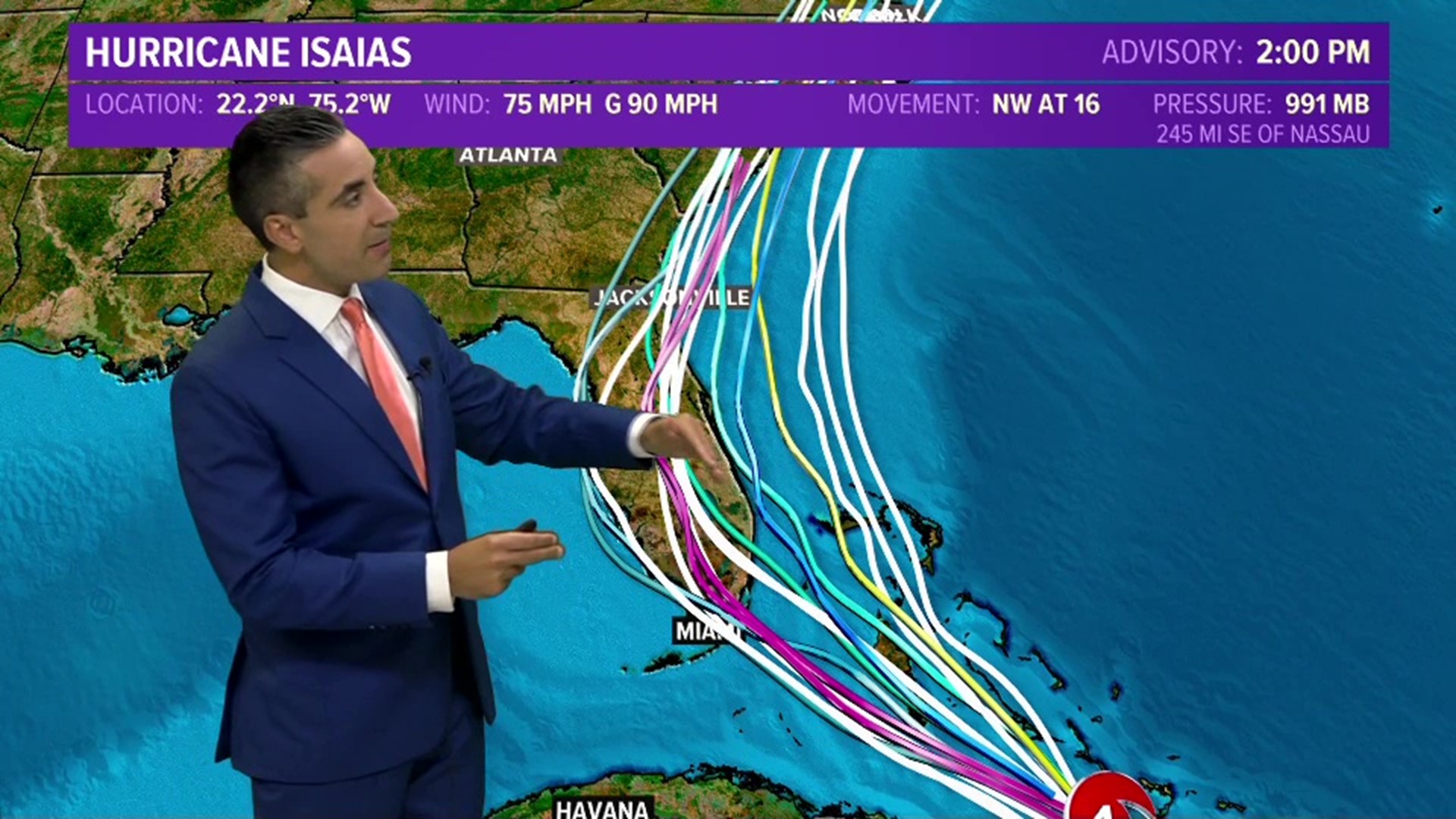 NEW ORLEANS — Tropical Depression 11 is located over 1200 miles east of the Lesser Antilles. It will continue to get better organized today and is expected to strengthen into Tropical Storm Josephine. It would be the earliest tenth storm on record in the Atlantic Basin. The current record is Jose which formed on August 22, 2005.

The forecast track takes it WNW over the next few days and it will move toward the northern Windward Islands. In about 2-3 days it will run into some stronger wind shear and dry air. This will weaken the storm and it could become just a wave or remnant low as it tracks north of Puerto Rico and Hispaniola.

Elsewhere, there are no other systems the NHC is mentioning, however there is a cluster of storms off the East Coast that could develop in the next few days and the GFS has been hinting at a weak disturbance (not necessarily a tropical system) briefly developing in the Bay of Campeche before moving in to Mexico early this weekend. Neither a threat to us. Again, we are in a less favorable phase for the next few weeks in the Atlantic based on the Madden-Julian Oscillation (discussion below). However, that will chance as we wrap up August and head into September...just in time for the peak of the season.

There is a pattern called the Madden-Julian Oscillation (MJO) which is a fluctuation of favorable and unfavorable states for tropical development across the globe. This favorable/unfavorable pattern shifts every few weeks. For the next few weeks, the more favorable region is over the Pacific, but toward the end of August and into September, this pattern will shift over the Atlantic. That doesn't mean you won't see ANY development over a particular basin when in an "unfavorable" phase, but when in "favorable" it is usually when you see multiple storms at a time and also when you see the chance for more powerful storms. So we'll be more favorable as we near the peak of the season. Stay tuned...

NOAA released their August hurricane season forecast update and calls for an 'Extremely Active' season. The forecast calls for 19-25 named storms, 7-11 hurricanes and 3-6 major. These numbers already include the nine named storms and two hurricanes.

The reasons for the extremely active season:

• Warmer than normal sea surface temperatures in the Atlantic and Caribbean

• Possible La Nina forming in the months ahead

Now is the time to be prepared. Typically, the season becomes more active in the next few weeks with the peak on September 10th.

The expert forecasters at Colorado State have issued their August update on the 2020 hurricane season. Their forecast now calls for 24 named storms (including the nine already), 12 hurricanes (including the two already) and five major hurricanes.

That's an increase of four named storms, three hurricanes and one major hurricane.

Should there be 24 named storms, they would run out of names and have to go to the Greek alphabet, like they did in 2005.