The state uses tiered evacuation zones when tropical storms and hurricanes threaten the Coastal Virginia. It's important to know your zone ahead of time. 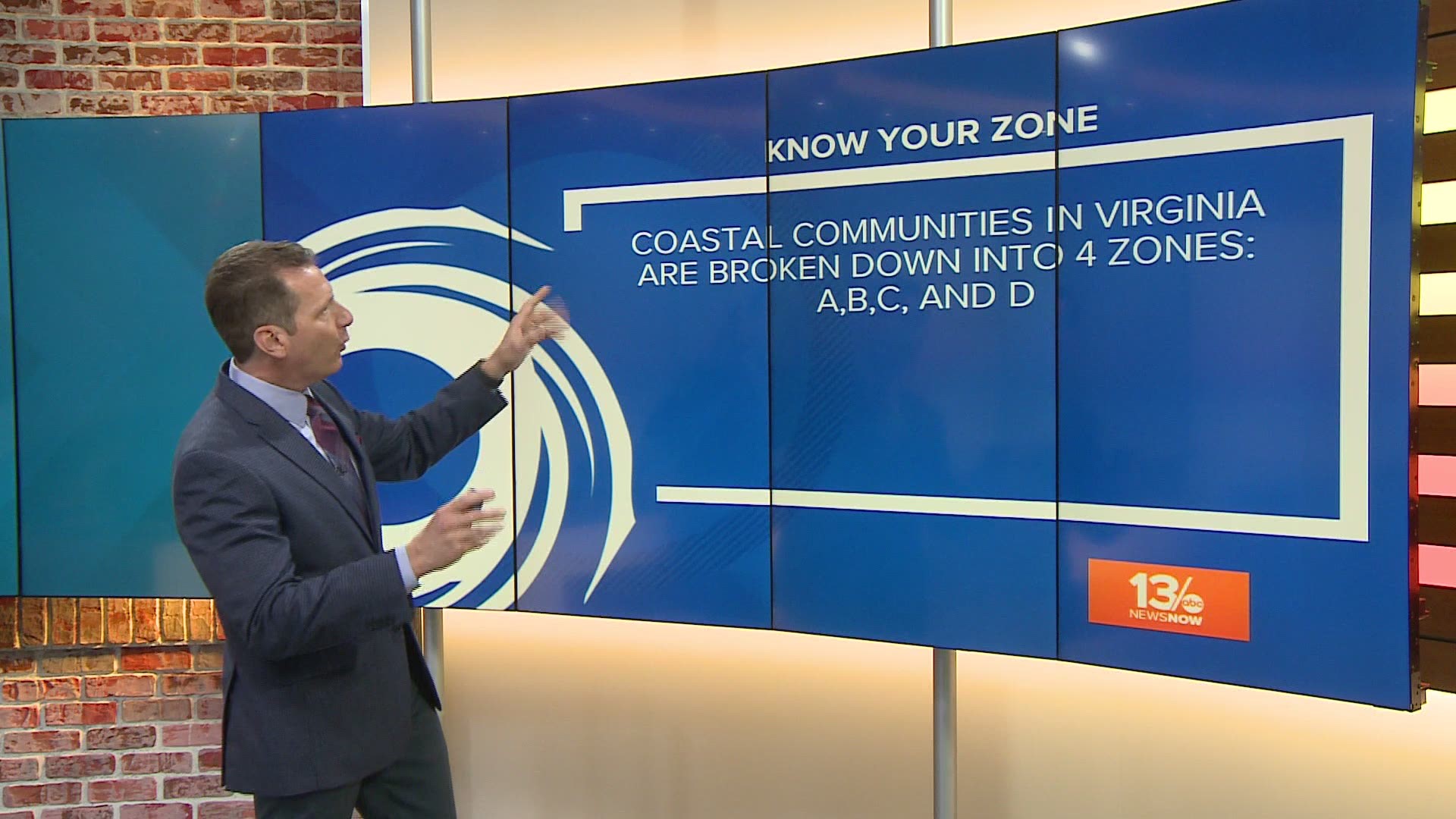 There are about 1.25 million people who live in Coastal Virginia. Every year there's a potential that a hurricane or other tropical storm will threaten them. When the threat is great enough, evacuations may be necessary.

Getting all of those people out of danger can be a huge lift. To do it in a more organized way, the Virginia Department of Emergency Management (VDEM) relies on Know Your Zone, the state's tiered evacuation system.

There are four evacuation zones: A, B, C, and D. The state uses them to let people know whether they should leave their homes. Decisions are based on people's street addresses and the nature of the emergency event.

VDEM provides a searchable map that allows people to type in their addresses and find the zones in which they live.

If officials order an evacuation for an area, they say people should use these designated evacuation routes: