SPACE PLACE: Full moon of the month and meteor showers 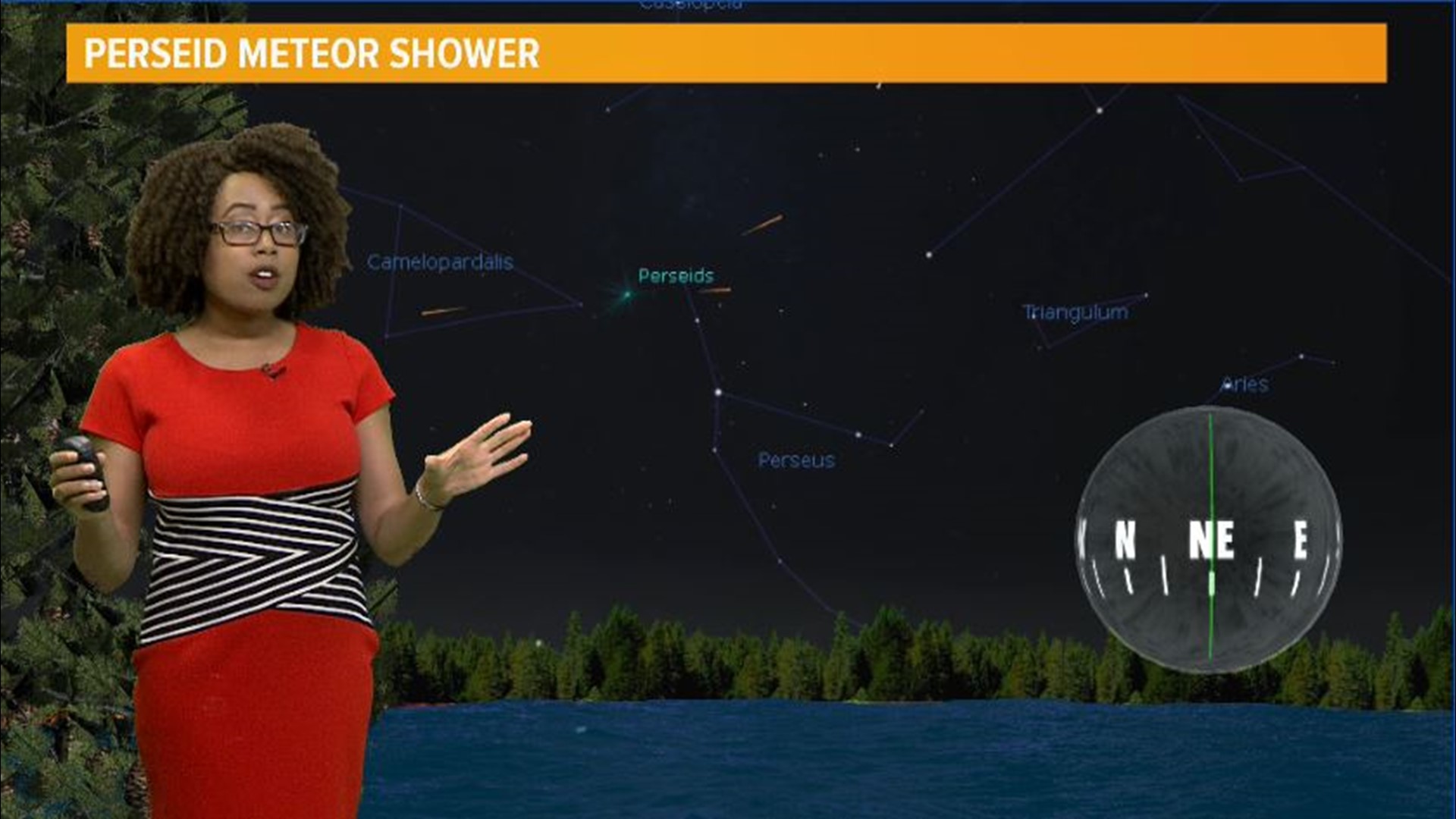 NORFOLK, Va. — The middle of August has a few things going on in the night sky. This upcoming week is the peak of the Perseids meteor shower.

The meteor shower occurs every year in August.

From mid-July to late August, Earth moves into the path of the Comet Swift-Tuttle. Rubble and debris from the comet are left in its orbital path. When the earth moves through that path every year, and especially in early/mid-August where the bits and pieces are more densely concentrated, we see the fragments as they burn up in our atmosphere as meteors.

It's perfect and still unfortunate timing. It's great because we are in the summer months but the peak of the meteor shower coincides with the nearly full moon.

NASA said the Perseids are considered the best meteor shower of the year. With very fast and bright meteors, Perseids frequently leave long "wakes" of light and color behind them as they streak through Earth's atmosphere.

The Perseids are one of the most plentiful showers (50-100 meteors seen per hour) and occur with warm summer nighttime weather, allowing sky watchers to easily view them.

NASA said the best way to view the meteor shower is in the Northern Hemisphere during the pre-dawn hours, though at times it is possible to view meteors from this shower as early as 10 p.m.

Speaking of the full moon, this month's full moon comes during the middle of the month. August 15th is the Full Sturgeon Moon. It's named after the Lake Sturgeon, North America's largest fish.

Other names for August's full moon is the "Green Corn Moon" since this time of year is close to the harvest.

RELATED: Jupiter, Saturn, moon to line up in night sky this weekend