LOOK UP! Pink supermoon peaks Monday: what it looks like, when to see it

The Super Pink Moon will peak Monday night and will be the first of only two supermoons this year. 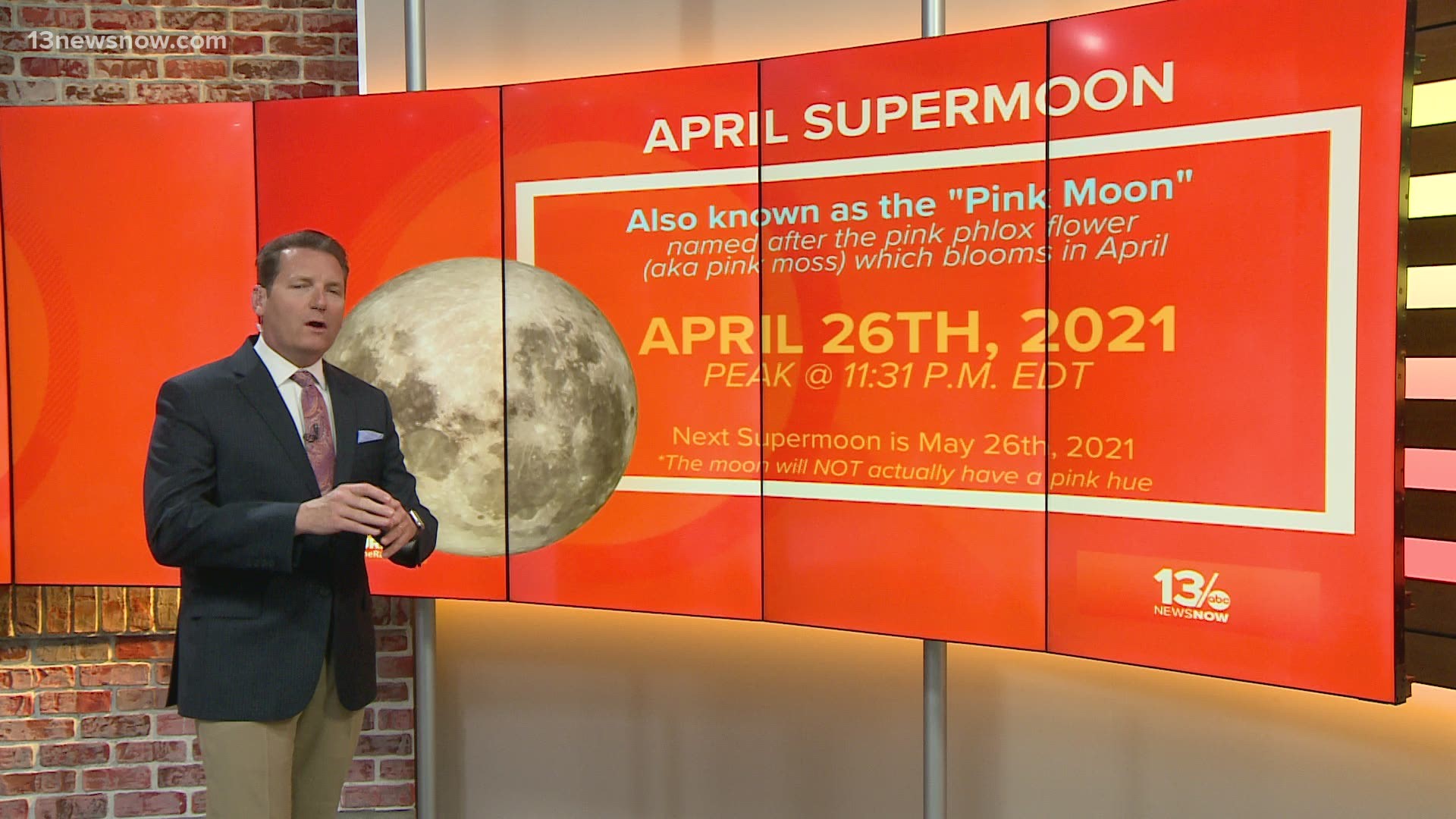 GREENSBORO, N.C. — You may have heard that there's going to be a pink moon in the Triad Monday night. And, while it's called the "pink moon" it won't actually be pink. Here's the scoop:

The first of two supermoons this year, the Super Pink Moon will peak Monday night on the east coast, at its fullest around 11:32 PM.

The moon Monday night will be a full moon but will also be classified as a supermoon. Supermoons can appear close to 10-15% bigger and brighter than the typical full moon, because this is the point in which the moon is at its closest approach to the Earth.

RELATED: Springtime making a come back this week

Even though Monday's moon is called the "Pink" moon, it won't actually be pink at all. Confusing, isn't it? Here's why:

According to Space.com, the April full moon is called the Pink Moon because this full moon usually occurs around the time in which the flower "creeping phlox" is blooming or has bloomed, which of course has pink blooms on it. You can even see these flowers blooming in many spots across the Triad.

Each full moon of the year has a different name that corresponds with it. For example, the full moon in January is called the Wolf Moon, in February it's called the snow moon, etc.

The second supermoon of 2021 will come just a month after this one, on May 26th. That will be the Super Flower Moon, and in some places around the world this full moon will actually happen in tandem with a total lunar eclipse.

HEADS UP: the 1st supermoon of 2021 will be visible after sunset tonight & reach peak illumination at 11:31 PM🌕✨

If you check it out, snap a picture & send it my way!@13NewsNow #13Weather #13Daybreakers #VAwx #astronomy pic.twitter.com/cGhdLWFM4P

The forecast Monday calls for clear skies and sunshine, with a clear sky Monday night making for perfect viewing conditions to see the Super Pink Moon. Even though it will appear its biggest and brightest around 11:30 Monday night, the moon will still be visible for a couple of nights after.