The unusually high tide caused flooding into roadways through parts of Hampton Roads. For some residents, it's becoming a common occurrence.

Jim Redick, the director of Norfolk's Emergency Preparedness and Response, said coastal flooding is expected this time of year. He said he and city leaders created some immediate solutions for Monday's flooding.

"We're thankful for ODU and their parking garages to let our residents park up there. We’ve opened some throughout the city as well, just to give that safe haven for their vehicles," said Redick.

However, Redick said he knows this problem with coastal flooding isn't going away any time soon and some people can't afford flood insurance. He says city leaders are working on more long-term solutions, such as improving Norfolk's drainage systems.

"We have a lot of things that are on the shelf ready to go, pending FEMA approval, FEMA funding," said Redick.

In the meantime, he recommends educating yourself on your area and creating a plan to protect your home and family.

"Get flood insurance if you can. Stack palettes up against your garage if you have one and put things on top of that to help prevent flooding," said Redick. "Don't drive through flooded roads. Your car will stall out and then your car will be stuck and eventually, in the way of emergency first responders."

Neighbors who live in apartments along 3rd Bay Street in Ocean View struggled to leave their homes after water filled the parking lot.

Aamari Mosely said this is his fourth year living here. He said the drainage system doesn't help when it floods.

"We're just used to it. We're tired of it. Now, we just wait for it to go down," said Mosely, as he looked over his balcony down to the flooded parking lot. "The storm drain is kind of sitting higher than everything else over here, so that's why it floods or tends to flood. I mean, you see it, the parking lot. It's knee-high."

Mosely said he and his family usually have a plan in place to protect their cars, but he wants to see more long-term solutions to this problem.

The City of Norfolk's website has several resources and tips for people looking to better protect their homes and other properties from flooding. 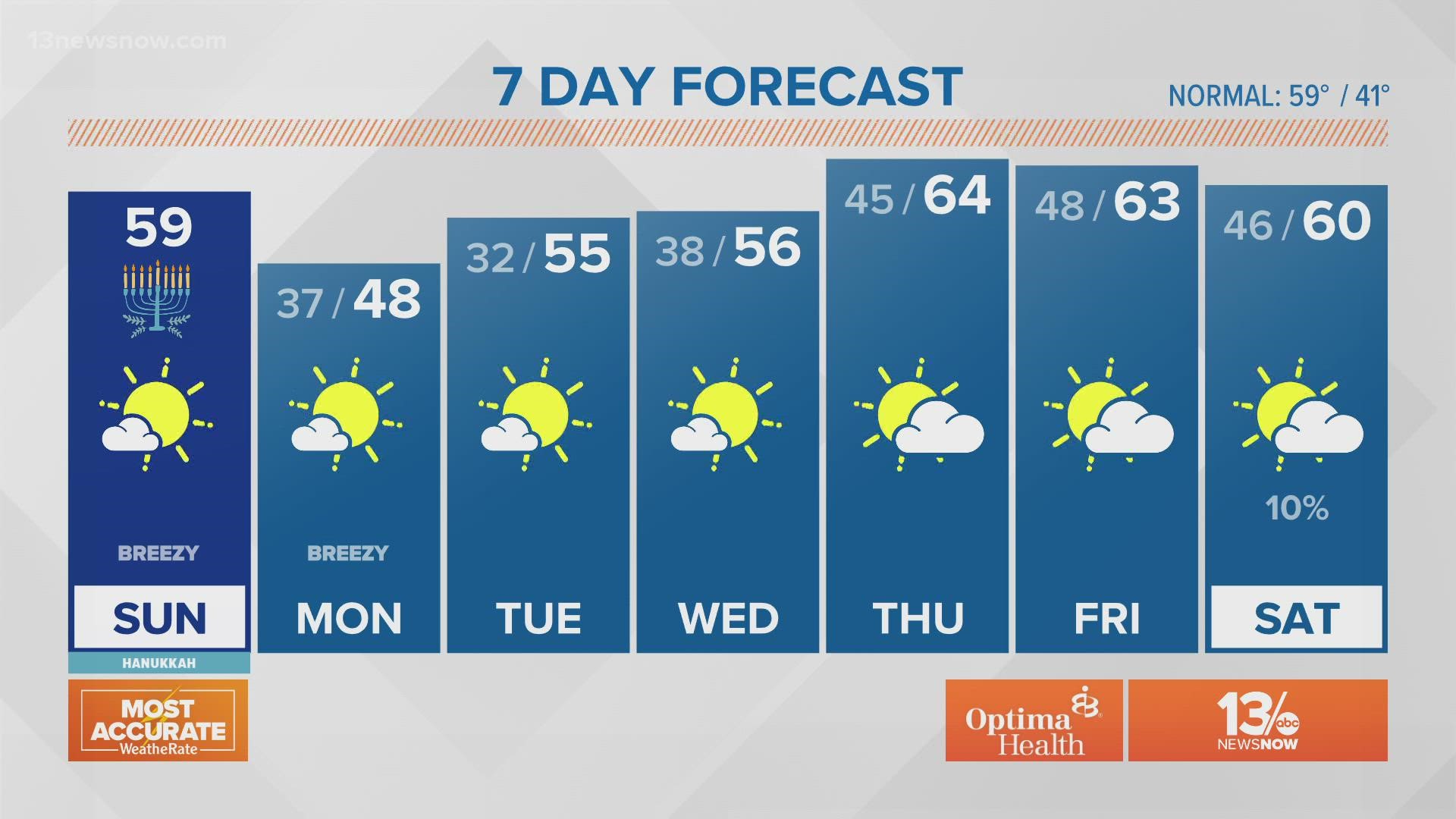