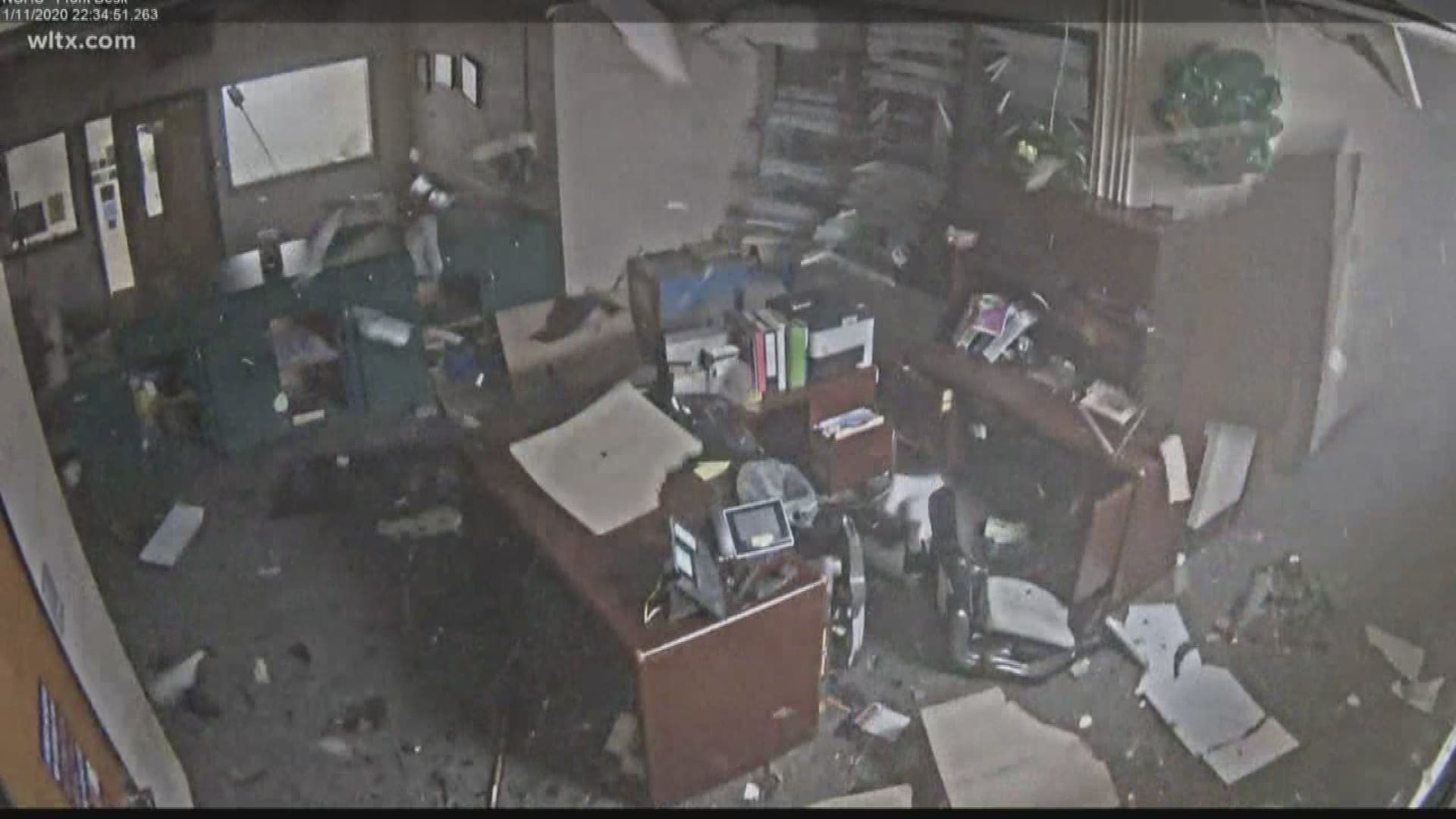 The EF-2 struck around 10:30 on January 11 at North Central High School near the city of Camden.

The video, taken from multiple cameras, shows what it was like inside and around the school when the 130 mile an hour winds came through. The video shows debris flying around a classroom and part of the ceiling get sucked away. In another, windows are blown out.

The highest winds only were present for a few seconds, and the tornado was on the ground for just a half-mile, but that was enough to cause catastrophic damage. Superintendent Shane Robins said Thursday up to 75 percent of the school can't be salvaged.

The maximum path width was estimated at 150 yards. The storms Saturday night were estimated to be moving at 50-55 mph.

According to the National Weather Service, the tornado snapped numerous pine trees at the beginning of the storm track. It also partially collapsed the concrete stadium bleachers and the press box.

RELATED: 'Like a dream': Teachers return to tornado-damaged SC school for the first time

The tornado traveled across the gym, lifting large heating and air conditioning units off the roof. The roof of the main office was destroyed, and exterior wall along the west side of the building collapsed.

The tornado moved four school buses. It also damaged another 25-30 school buses. The storm also did damage to the stands near the baseball field.

Luckily, there were no injuries reported from the tornado since the school property was empty at the time.