Ice in the Sahara Desert for fourth time since 1979

For only the fourth time since the late 1970s, the Sahara Desert got hit with a polar blast bringing ice and cold temperatures to Northern Africa. 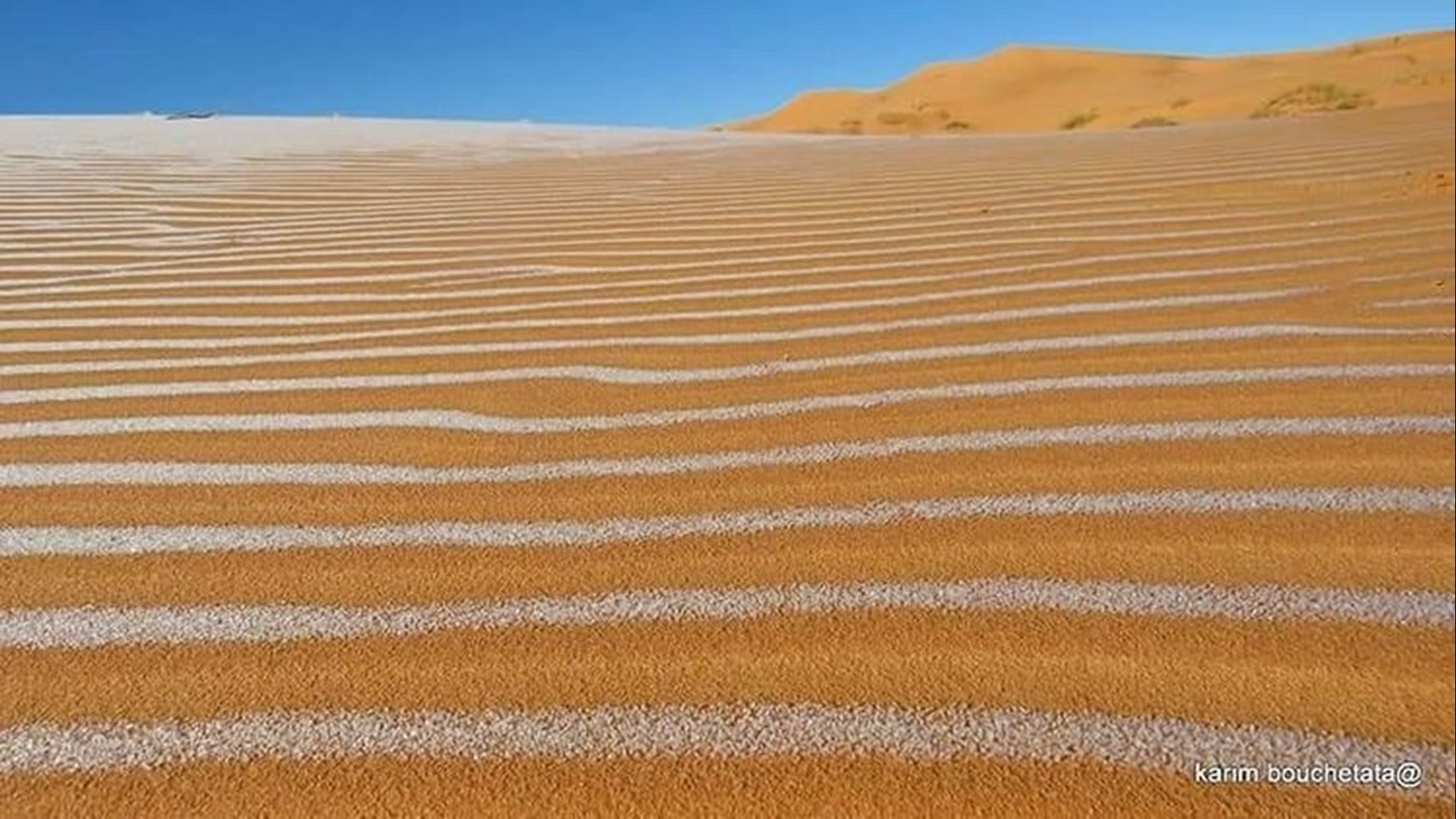 Well, its January in South Central Pennsylvania and we have had almost no snow to show for it.

Actually, January has been incredibly mild for us with an average high temperature so far of just under 43 degrees!

But do you know who did get some winter weather?

Let's travel 4400 miles across the Atlantic Ocean to a small Algerian town of 35,000 people, Ain Sefra, to find out.

For only the fourth time in forty two years, residents of Ain Sefra, Algeria looked out upon the Sahara Desert to find thawing snow.

The ice ended up streaking beautiful lines of frost and ultimately mesmerized people all across the world, as temperatures plummeted to -3 degrees Celsius, which is 27 degrees F.

Compared to the average temperatures of 60 degrees, that is quite the change in conditions for an area that is used to much milder weather.