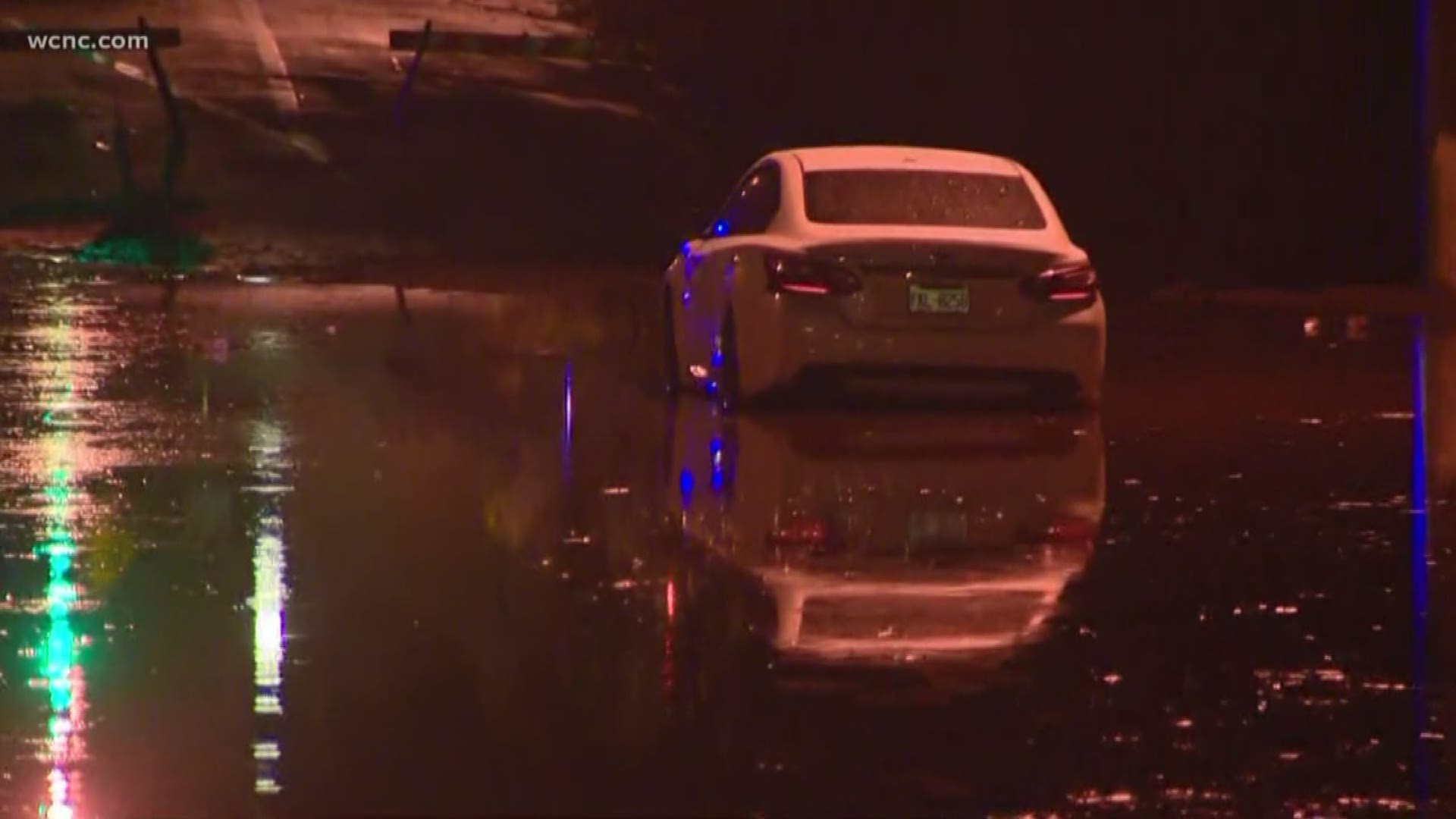 Downpours were spotlighted by lightning strikes to a soundtrack of lightning and sirens in some places.

Lightning is suspected to have caused smoke in the attic of a home on the 9100 block of Whispering Wind Drive in Ballantyne.

Then, around the corner on Longstone Lane, lightening possibly started another call to firefighters. They responded, but no damage could be seen on the outside of the home, and firefighters say no flames were ever visible.

"Due to the proximity of the strikes, I suspected that this probably happened because of that," Abernathy said. "This can happen anywhere."

In west Charlotte, rain wreaked havoc as it forced first responders to rescue two people who drove a car into high water on Idaho Drive and Rozzelles Ferry Road.

No injuries were reported during the storms.