February's full moon is called the "Snow Moon" as it is often one of the snowiest times of the entire year across the Northern Hemisphere. 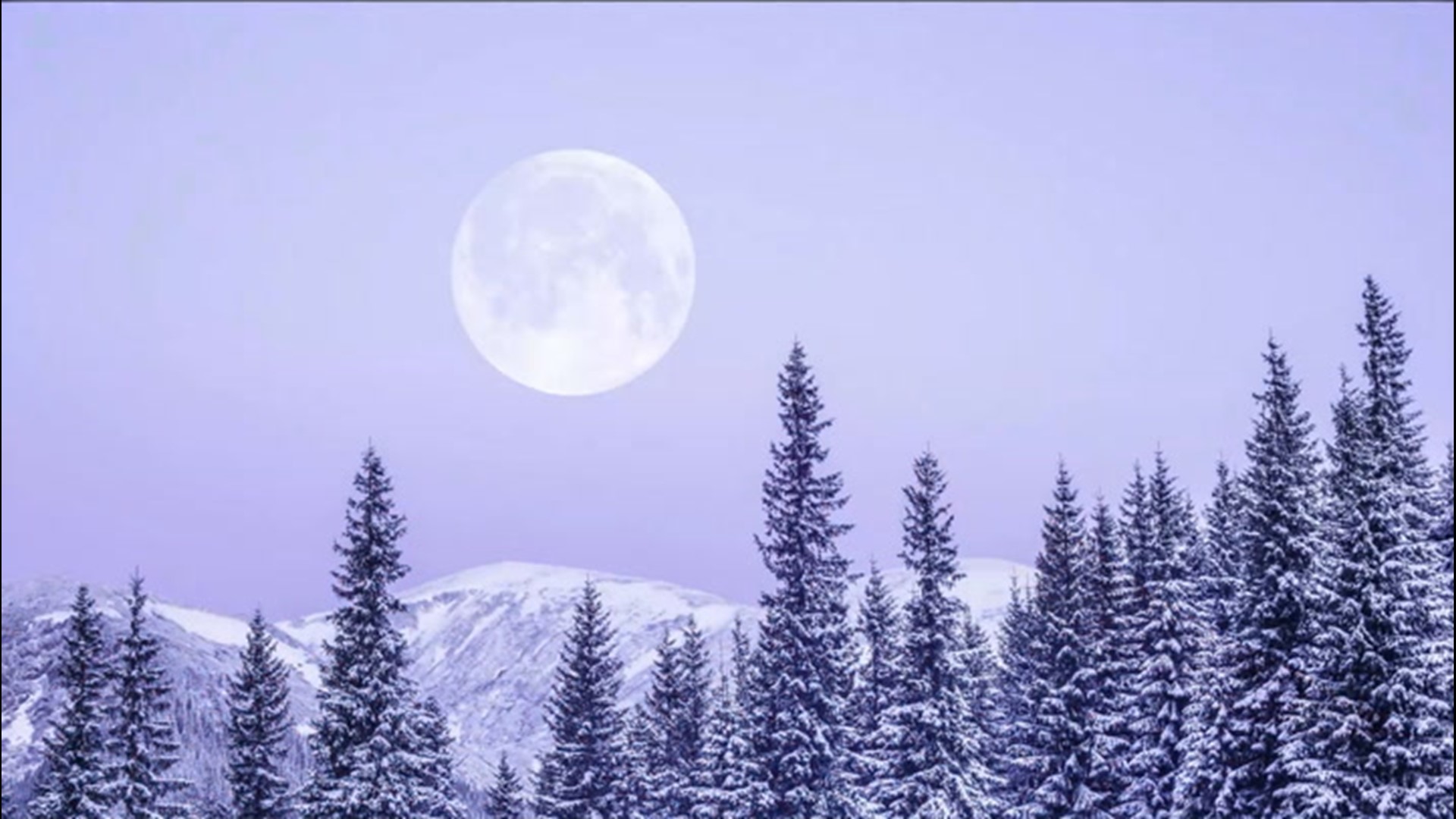 NORFOLK, Va. — If you have clear skies Friday night, you'll have a chance to see this year's "Snow Moon."

February's full moon earned its nickname based on the month's typical brutal winter weather, as it is often one of the snowiest times of the entire year across the Northern Hemisphere.

But if February's full moon rises on one of the first nights of February, it's also sometimes known as the Groundhog Moon due to its proximity to the meteorological holiday Groundhog Day.

Over the years, February's full moon has also been called the Hungry Moon, the Raccoon Moon, and the Bear Moon, according to the Old Farmer's Almanac.

Be sure to look for the Snow Moon rising in the eastern sky around sunset on February 26... unless clouds from a snowstorm obscure the views. Unfortunately here in Hampton Roads, clouds and rain are moving in on Friday afternoon, so chances to see it locally are looking slim.

If you're an early bird (or maybe a night owl), the moon will peak at 3:19 a.m. Saturday. You can still have a chance to see a near-full moon on Saturday and Sunday nights.

While February's #fullmoon doesn't exactly peak until tomorrow morning, @ 3:19AM EST, you can still catch a glimpse of it tonight! @13NewsNow #13Weather #VAwx #astronomy pic.twitter.com/cvffc8XHf0

AccuWeather contributed to this report.