So how much snow did Hampton Roads and North Carolina get?

The National Weather Service released preliminary totals from the storm. Franklin and Southampton County saw some of the highest levels. Norfolk didn't hit an inch. 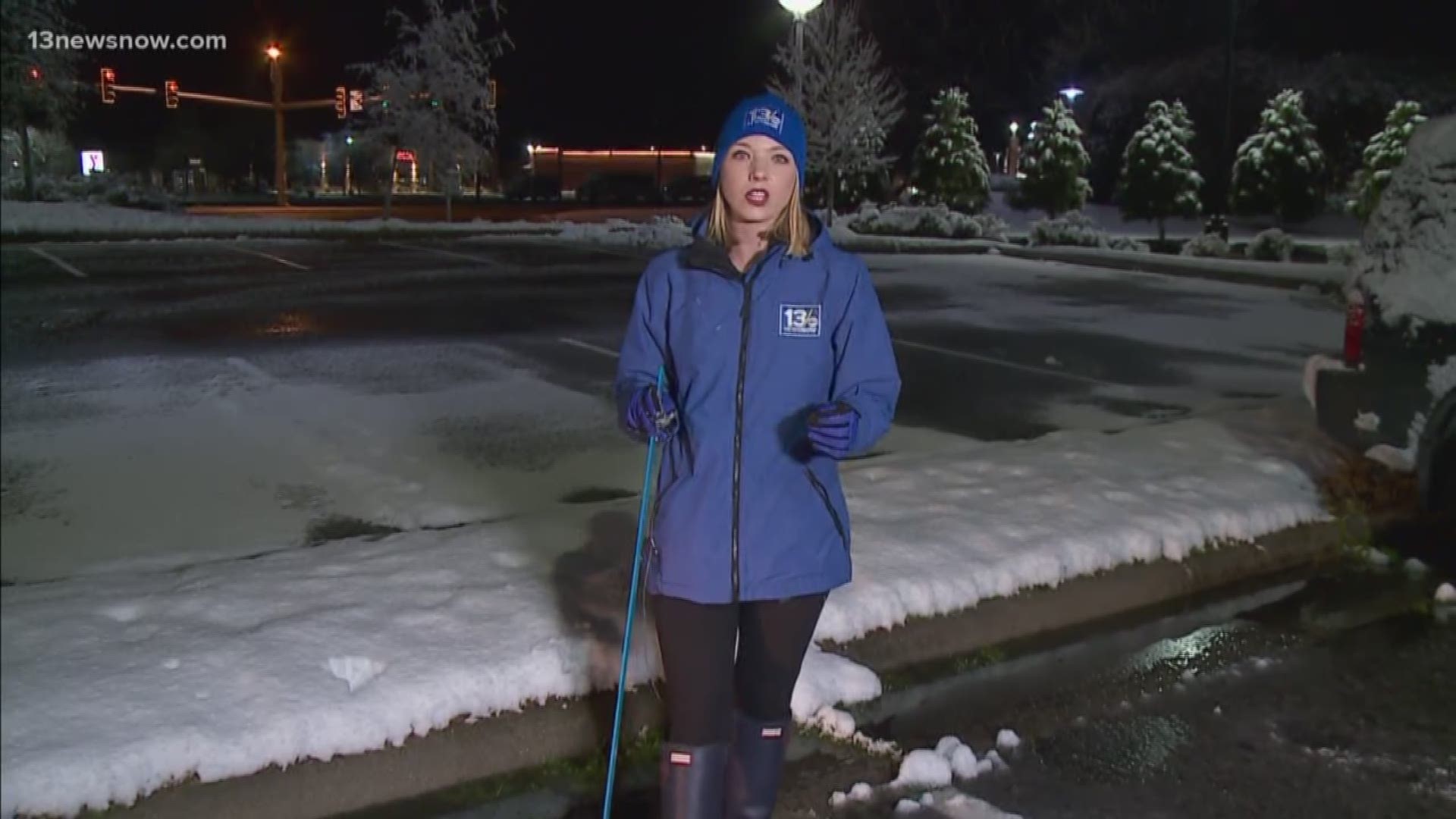 NORFOLK, Va. — Some residents in Virginia Beach and Norfolk woke up to trace amounts of snow but in some areas such as Franklin and Edenton, N.C., totals reached almost 5 inches.

Franklin and Southampton County saw some of the highest snow totals from this storm. Franklin reported 5.1 inches while Edenton reported 4 inches.

Check out the graphic below:

In Hampton Roads, Suffolk was the one city that received snow on the higher end. They reported 4 inches while Windsor, Great Bridge, Williamsburg, Hayes, and Yorktown reported about 3 inches. 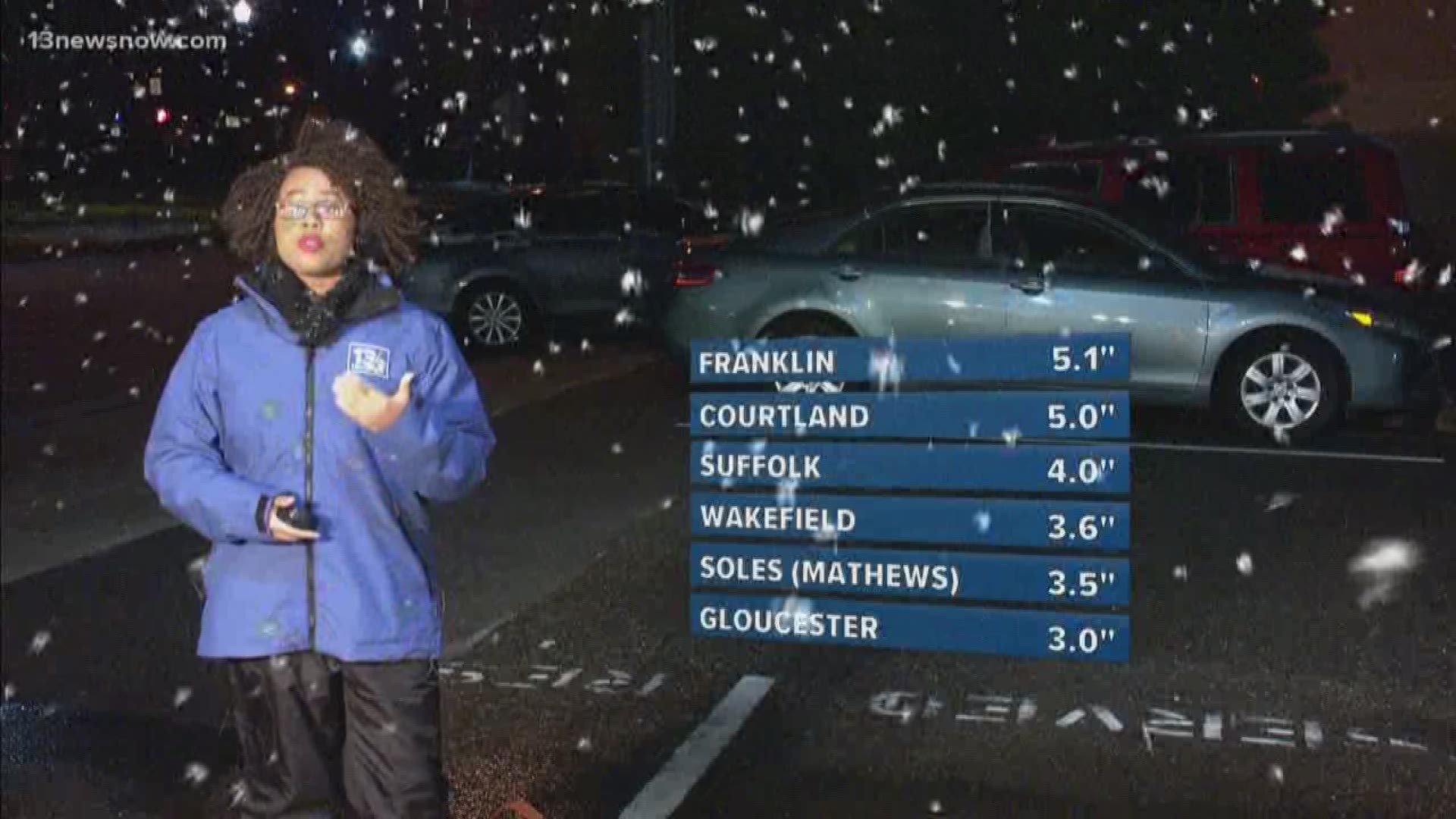 Great Bridge, Bowers Hill, and Greenbrier in Chesapeake reported between 2 inches to 1.8 inches.

In Norfolk, the snow total didn't even make an inch.

With the snow exiting early in the morning, Friday's skies will clear. It's going to be cold and windy weather across the region.

Highs will stay in the upper 30s. Winds are blowing 10-25 mph with gust up to 35 mph for most locations. The combination will produce wind chills in the 20s throughout the day.

It will be clear and cold tonight with lows in the mid-20s. We can look forward to more sunshine Saturday and Sunday with high pressure dominating our pattern. Highs Saturday will reach the lower 50s, and Sunday's highs will be in the mid-50s. So this snow will soon be just a memory.