Tropical Storm Arthur Updates: Storm moves away from the Carolinas

All tropical storm warnings have been canceled, according to the National Hurricane Center. 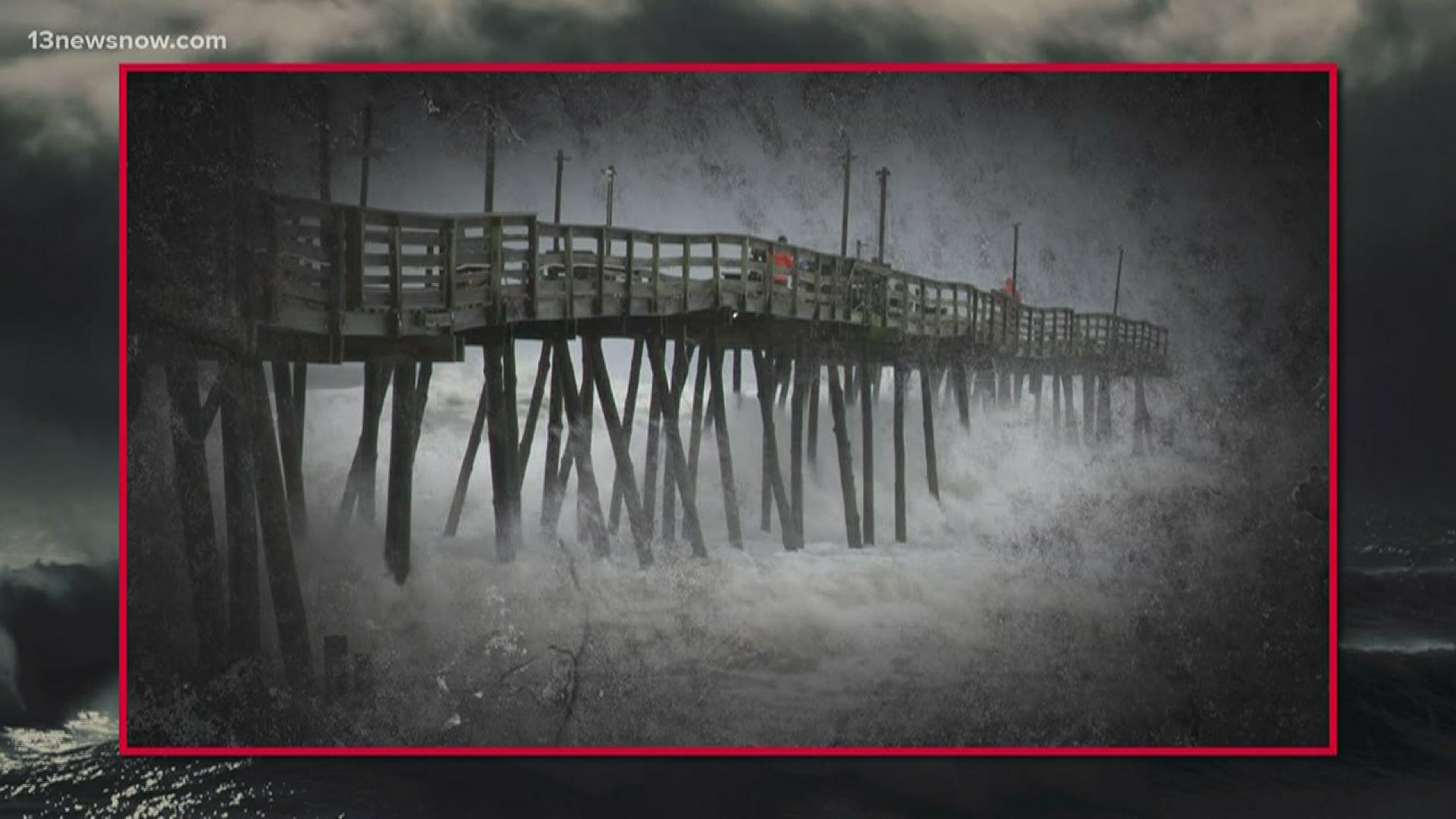 DARE COUNTY, N.C. — Tropical Storm Arthur churned its way up the East Coast on Monday with strong winds and heavy rains that impacted much of the region.

Tropical Storm Arthur continues to move farther away from the North Carolina Outer Banks, and forecasters expect it to become an extratropical low on Tuesday.

The storm currently has maximum sustained winds of 60 mph.

On the forecast track, the center of Arthur will continue to move out to sea away from the east coast of the United States. The storm may strengthen a bit over the next day or so, but it is expected to lose its tropical characteristics on Tuesday.

Winds and rains from Arthur are gradually making their way out of the area, with only the outer bands of the storm still affecting the Outer Banks.

The storm is now 110 miles northeast of Cape Hatteras and all tropical storm warnings have been canceled for parts of coastal North Carolina.

Even though Arthur is moving into the Atlantic, the National Hurricane Center says the surf generated by the storm could impact the southeast U.S. coast for the next couple of days.

These swells could cause life-threatening surf and rip current conditions.

The center of the storm is moving away from North Carolina, but the Outer Banks is still experiencing tropical-storm-force winds.

Currently, the storm is 55 miles east-northeast of Cape Hatteras with maximum sustained winds of 50 mph.

The center of the storm is only about 20 miles east-southeast of Buxton on its closest approach to the Outer Banks. It has also picked up forward speed, now moving north-northeast at 16 mph.

Tropical Storm warnings are in effect for areas in and around Surf City and Duck, North Carolina as well as the Albemarle and Pamlico Sounds.

Arthur is expected to produce total rain accumulations of one to three inches over coastal North Carolina through this afternoon, with isolated maximum amounts of five inches.

It's moving north-northeast at 15 miles per hour, and is expected to pass close to (but likely just southeast of) Cape Hatteras around midday. The system is then expected to turn more to the east-northeast, and eventually the east this evening.

Rain wrapping around the system has already reached Hampton Roads. Winds were not an issue early this morning, but later this morning and through the afternoon, winds may gust up to 30-35 mph over parts of our area.

To give you a feel for potential wind gusts this afternoon, here is a look at GFS model wind projections at 2:30 p.m. on Sunday: 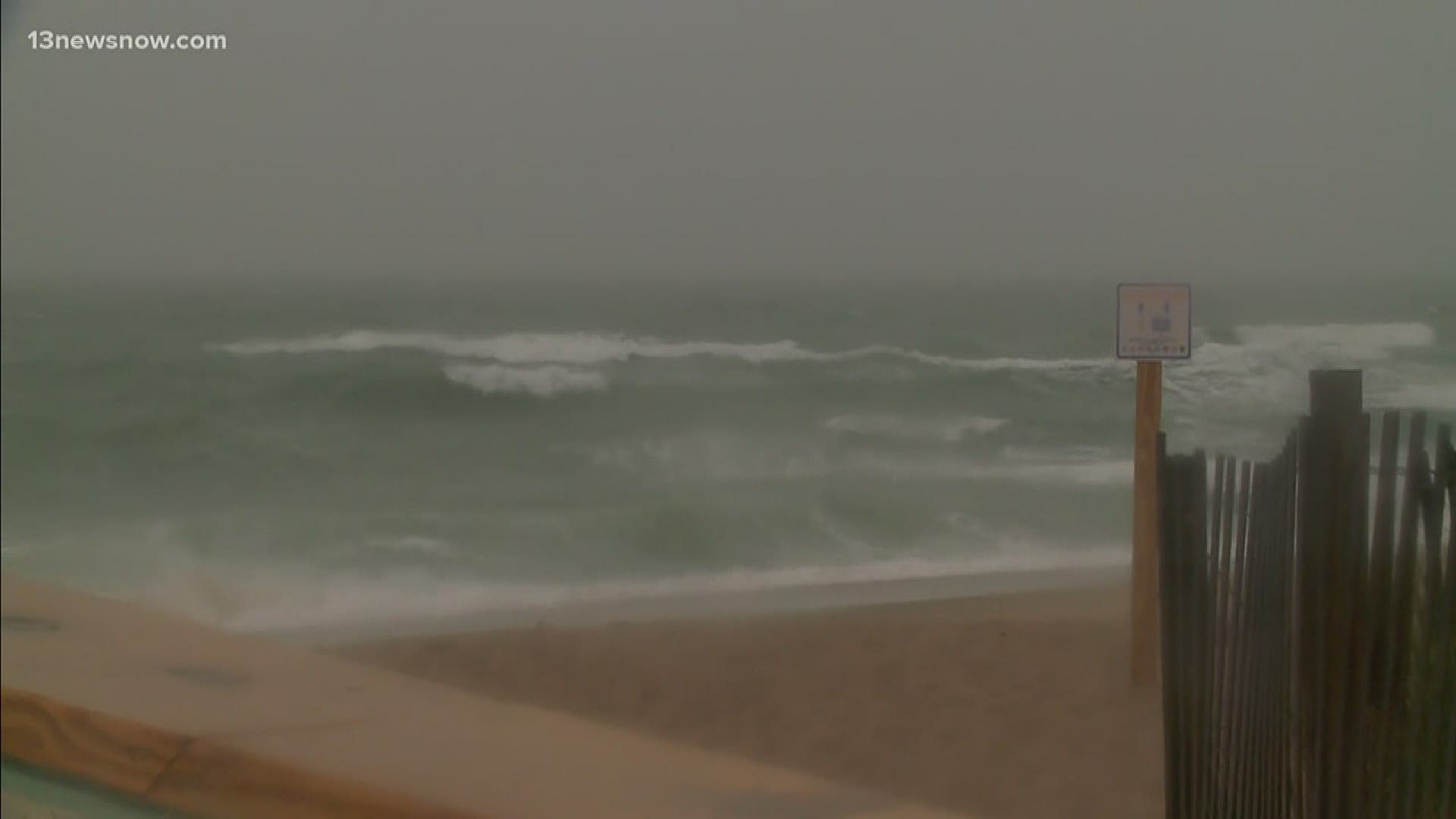 Locally, heavy rain is possible for North Carolina up into Southside Hampton Roads Monday morning. The various forecast models this morning suggested two-day rain totals ranging from .6 inches up to about two inches for Norfolk.

Keep in mind that Arthur's influence on our weather will decrease late this afternoon and tonight. Another system is predicted to approach from the west providing more opportunity for rain over the next several days.

We will also see a persistent Northeast wind flow and that is expected to produce moderate tidal flooding in Hampton Roads Tuesday into Wednesday. A Coastal Flood Watch has been posted.

It will be cool for the next few days. Highs today should stay in the mid to upper 60s.

Tuesday and Wednesday will only reach the lower to mid-60s in Norfolk. You can look forward to a nice warm-up heading into the Memorial Day weekend.