The Greek alphabet will never be used for hurricane names again, WMO says

The organization called it "distracting and confusing" to use the Greek alphabet in 2020. 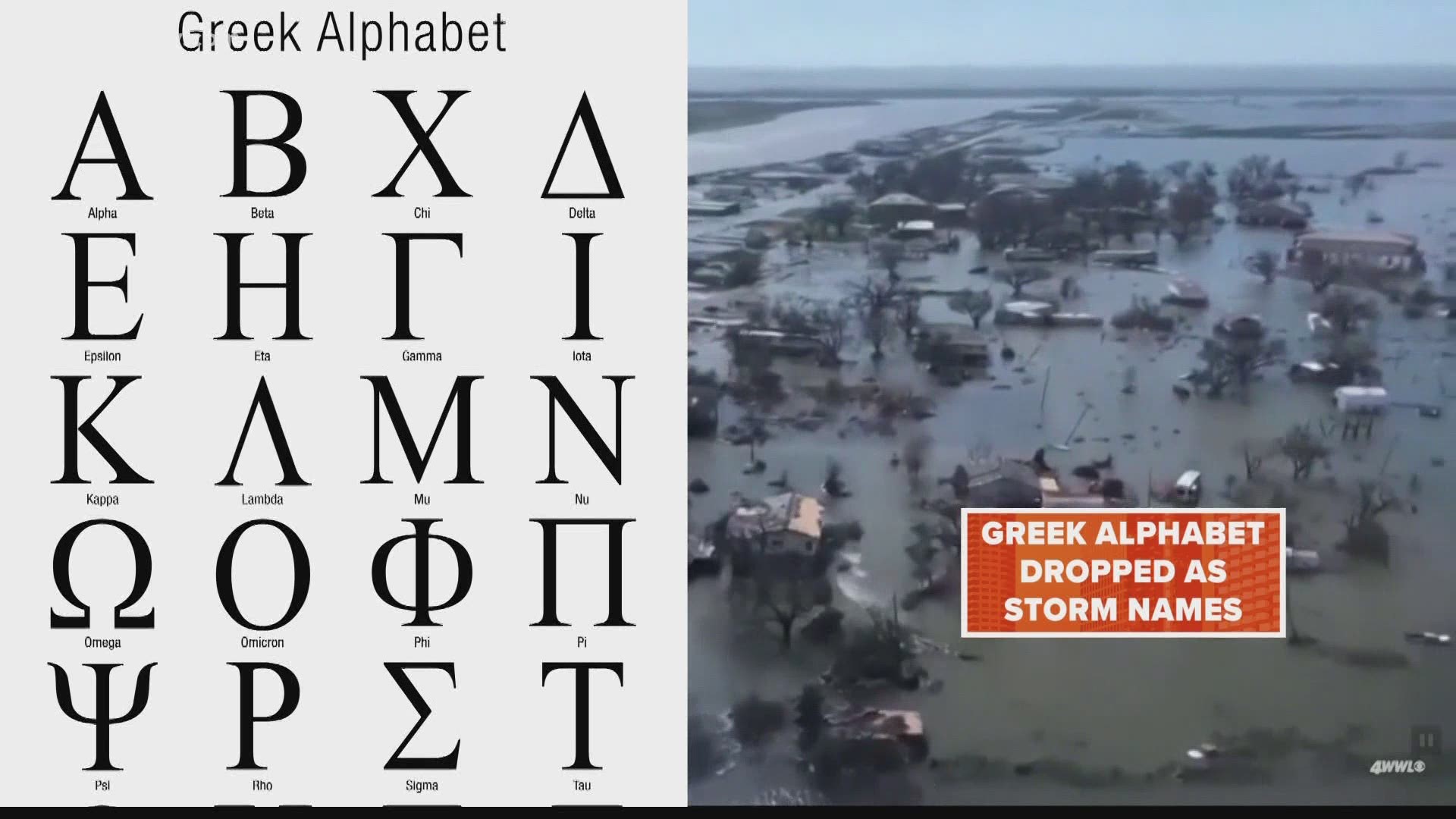 The World Meteorological Organization made the announcement Wednesday in a tweet.

"The Greek alphabet will never be used again as it was distracting and confusing," the organization wrote.

The 2020 Atlantic hurricane season was so active that the WMO's 21-name list was exhausted, forcing meteorologists to turn to the Greek alphabet for only the second time in history. The first time was 2005.

It also retired Dorian, Laura, Eta and Iota from rotating lists of Atlantic storm names due to the levels of death and destruction they caused.

"Although the naming convention is only a small part of the Hurricane Committee’s life-saving work, it attracts the most public attention," the WMO wrote in a news release. "Atlantic tropical cyclone name lists repeat every six years unless a storm is so deadly or costly that its name is retired from future lists."

To date, the WMO says 93 names have been retired from the Atlantic basin list since 1953.

The WMO Hurricane Committee agreed that the Greek alphabet will no longer be used to name tropical cyclones.
Instead, there is a new supplemental list in case regular names are exhausted
Details https://t.co/VQ0gtNvo4L pic.twitter.com/71NcpjiBgi