Hokies to open '21 football season at home vs UNC

Virginia Tech's game against North Carolina will mark the first of seven games at Lane Stadium in 2021. 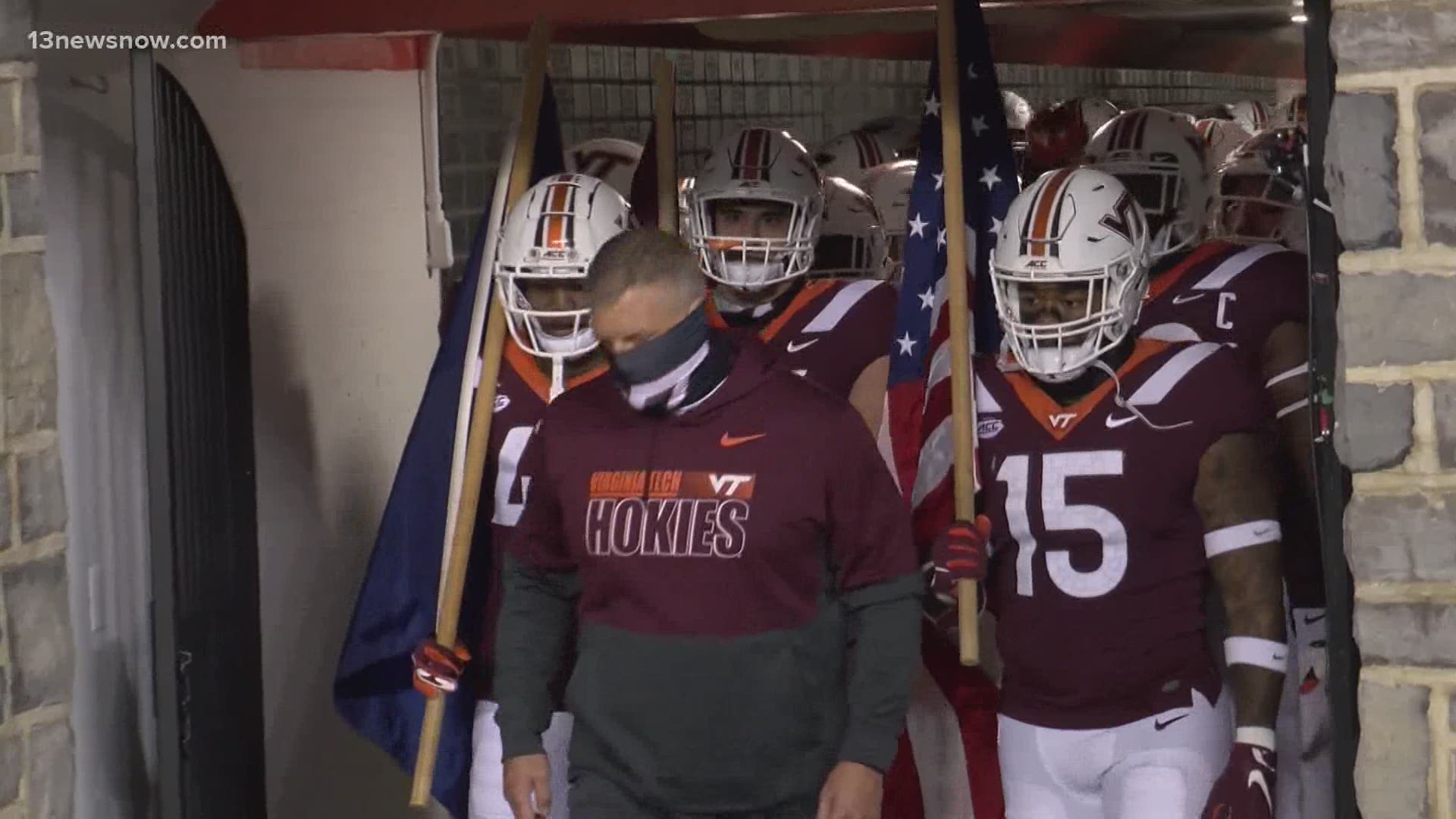 BLACKSBURG, Va. — The Atlantic Coast Conference confirmed on Monday that Virginia Tech's season-opening football game against North Carolina will kick off in primetime on Friday, Sept. 3 at Lane Stadium. The kickoff time and televising network will be announced at a later date.

Virginia Tech will begin the season with North Carolina for the first time since 1946. The two teams also opened the 1898 and 1945 seasons against one another. In a series that dates back to 1895, the Hokies own a 24-13-6 all-time advantage against the Tar Heels. Tech has won its last two home meetings against North Carolina, including the longest game in ACC history, a six-OT, 43-41 victory in 2019.

Tech's ACC road schedule features contests at Georgia Tech (Oct. 30), at Boston College (Nov. 6) and at Miami (Nov. 20). The Hokies will close out the regular season with a Commonwealth Clash game at Virginia on Nov. 27. Tech has won 20 of the past 22 games with the Cavaliers, including nine of the last 11 contests in Charlottesville.

For as little as 1% down, Tech fans can secure season tickets in Lane Stadium for the Hokies' 2021 home slate. Flexible payment plans are also available, including the option to defer future payments to May of 2021. New season tickets are available for purchase here.