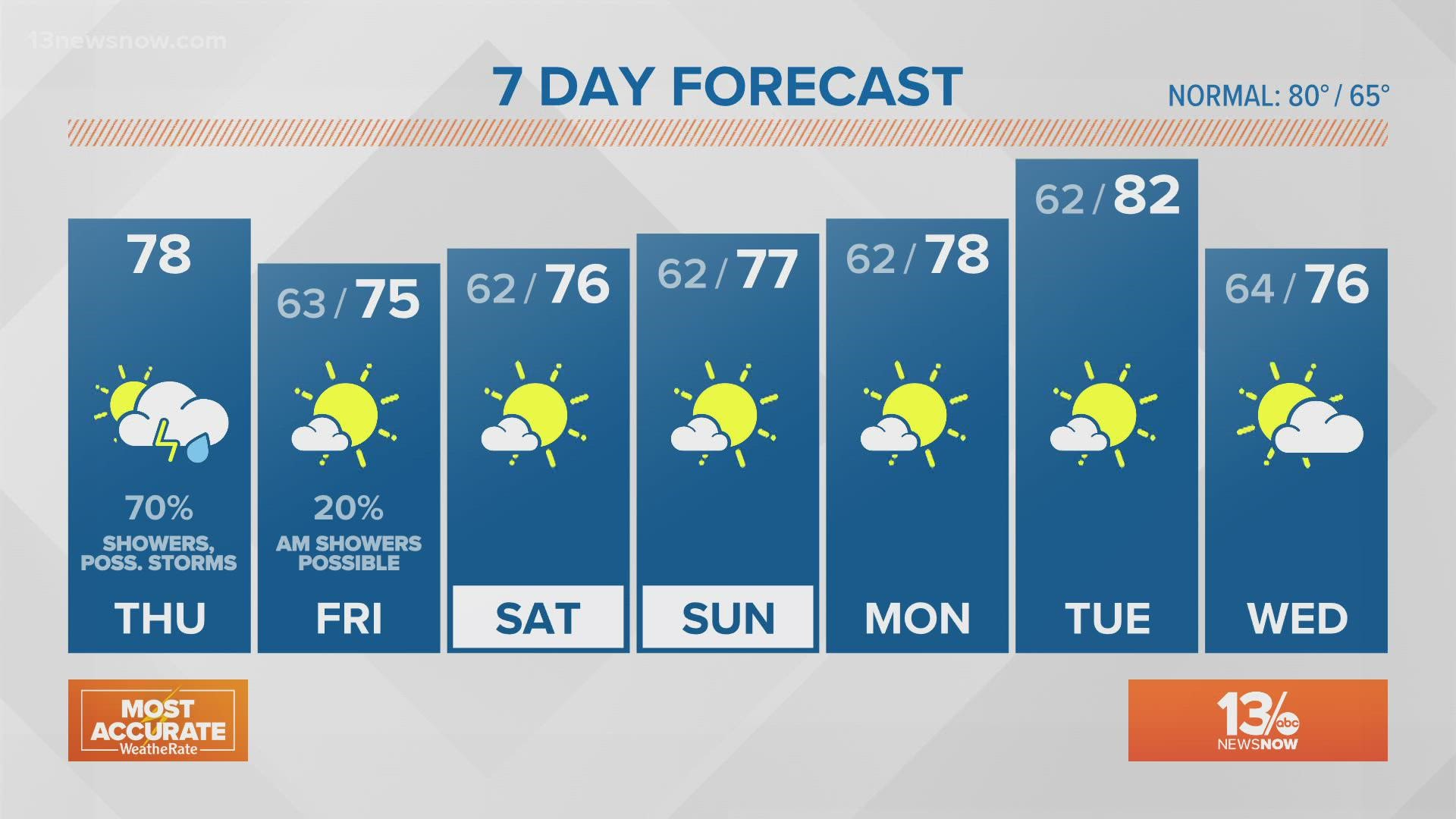 Fall began Wednesday afternoon, but you will actually believe Fall has arrived today. Following a cold front that passed through Thursday, we started the day with clouds and a few showers. Skies gradually clear from west to east until everyone has clear skies. Not only will it be quieting down but humidity levels will be much more refreshing into the weekend. Winds today may be a bit on the breezy side but that'll subside for the weekend.

As far as temperatures go, highs peak in the mid 70s.We have similar temps in store for Saturday. Sunday might be a couple of degrees warmer but our streak of sunshine doesn't break until Tuesday when low rain chances return to the forecast.

Tropical Depression #18 formed Wednesday and strengthened into Tropical Storm Sam on Thursday. Early Friday, it became hurricane Sam. The National Hurricane Center forecast calls for the system to become a major hurricane over the weekend.  We'll keep you updated on developments. As of now, Sam is no immediate threat to land and looks like the center will curve before any direct impacts to the Caribbean.